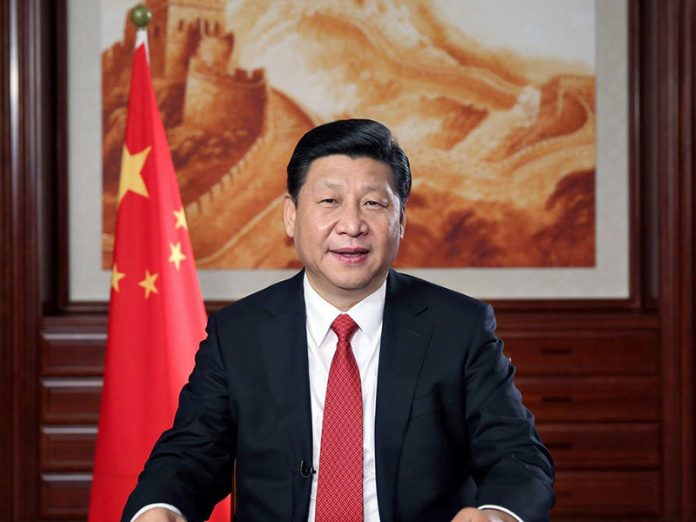 Joe Biden’s election victory was greeted with cautious optimism by Chinese state media. However, while the English-language Global Times offered friendly greetings to the US president-elect, the daily tabloid paper – a stablemate of the Chinese Communist Party’s People’s Daily – said that China must “keep vigilant and stick to the right path of strengthening self-reliance”.

Referring to Biden as “an old friend”, the paper recalled his 2011 visit to a Beijing restaurant while visiting the country as Barack Obama’s vice president. Such “noodle diplomacy”, as it became known, seemed to set a refreshing new tone for China-US relations. His visit to China, including watching a basketball match and visiting suffering people from the earthquake-stricken Sichuan Province, had “left a positive imprint in some people’s memories”, the paper said.

But the warmth that Biden’s visit seemed to engender was not to last through the presidency of Donald Trump. The paper quoted Jin Canrong, associate dean of the School of International Studies at the Renmin University of China in Beijing, saying: “We should not put too much expectation on Biden, because to contain and confront China is a strategic consensus between the two parties of the US.”

How you view China’s economic, political and military strength largely depends on where in the world you live. Developing countries, for instance, see it as an exemplary model of progress. Imran Khan, the president of China’s longtime ally Pakistan, said recently that his government wanted to learn from China’s industrial development to accelerate economic growth and eradicate poverty.

On the other hand, the notion of China being a “threat” has become firmly established within US foreign policy discourse. This “threat” has apparently intensified in recent years. China’s substantial and strategic investment in developing countries and the Belt and Road initiative are widely seen as signalling the transition from US global dominance to a world order in which China is a competing player.

The two countries have also publicly clashed on other issues, such as China’s territorial claims in the South China Sea, new security laws and crackdown against dissents in Hong Kong. Trump’s insistence on calling the global COVID-19 pandemic the “China virus” hasn’t helped.

In the 1990s and 2000s, China’s public diplomacy stressed concepts such as “peaceful rise”, to emphasise that it favoured economic cooperation with the outside world over any political and ideological differences. But since Xi’s accession to China’s presidency in 2012, he has been more assertive in calling for a “new type of great-power relationship” with the US.

If you want to get a flavour of China’s public diplomacy under Xi, his new year speeches are a good place to start. As the first Chinese national leader to master the craft of delivering televised and streamed speeches, since 2014 Xi has used these speeches to address not only the Chinese people and the country’s allies, but the broader international community.

Our research examines these speeches for clues as to Xi’s evolving style. The Chinese president invariably begins by offering greetings to: “Comrades, friends, ladies and gentlemen.” While “comrades” is a popular greeting among Communist Party members, “friends” indicates respect and affection, while “ladies and gentlemen” is conventionally used when addressing business elites or non-Chinese guests. This inclusive tone is underlined by his frequent use of in-group pronouns such as “we”, “our” and “us”, which aim to strengthen the connection between speaker and audience. 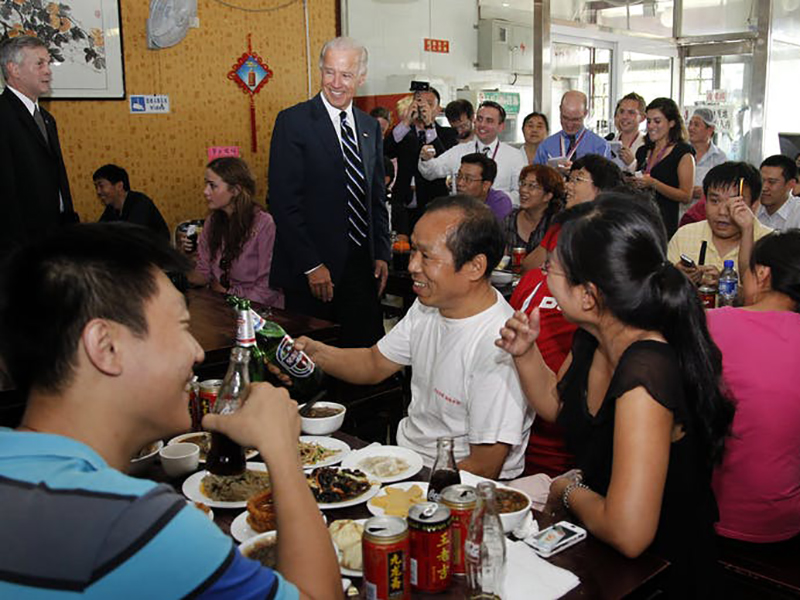 In his 2021 new year speech, the projection of solidarity was extended globally, as the president urged citizens across the world to “join hands and support each other” to “dispel the gloom of the pandemic” and strive for a better ‘Earth home’.“ He singled out China’s efforts to contain the COVID-19 pandemic and carefully attributed this achievement to ordinary Chinese people. “Greatness is forged in the ordinary,” he insisted, adding that “every person is remarkable.”

More broadly speaking about China’s development strategies, Xi places his country’s plans firmly in the framework of the UN’s mission of maintaining world peace and promoting global development. Global power status would allow China to help the world pull together to achieve these common goals. This has been a recurring theme. In his 2018 new year speech Xi noted that China had “adhered to peaceful development … while resolutely safeguarding the territorial sovereignty and maritime rights and interests of China”.

These messages are not intended just for a domestic audience, or even for foreign leaders and elites. Xi and his advisers are aware that in a globalised media environment, foreign policy is not only conducted officially, but also now through connection with overseas Chinese and foreign citizens.

It’s hard to tell from the new US president’s early utterances whether his past “noodle diplomacy” will be back on the menu for the US State Department. Xi told the world in his 2020 new year speech that he had “held meetings with many heads of state and government, sharing with them China’s proposals, promoting friendship and deepening consensus. A few countries joined hands with us. We have friends in every corner of the world.”

It will be instructive when we listen to the Chinese president again in 2022 to discover whether Joe Biden’s United States has become one of them.

Dr Yan Wu is an Associate Professor in Media and Communications studies, College of Arts and Humanities, Swansea University, and a Higher Education Academy Fellow since 2017. She currently leads the Centre on Digital Arts and Humanities and is also an Editorial Board Member for Journalism Practice (Routledge). She has worked in both British and Chinese Higher Education sectors and conducted teaching and research in both the United Kingdom and China.

Dr Wu’s research interests cover two main areas – Chinese media and communication and digital inclusivity in Wales. Her research expertise in Chinese media and communication encompasses a range of issues including online community, citizen journalism, social media in China, and China’s soft power communication. Currently she is researching the use of social media by the Chinese elderly. Over the past several years, she has also developed a series of research projects on digital media and incluvity in Wales. The research constitutes a portfolio of projects, raising public awareness of communicative rights for people with sensory impairment in the digital age, supporting the on-going campaign for communication equality by the Welsh Government, charities, and sensory impaired communities, and has produced strong evidence of direct impact on policy. She represents Swansea University as a member of the Wales Vision Strategy.

Her publications in the Chinese language include three co-authored books and a number of articles in Chinese Social Science Citation Index journal Modern Communication. Her English publications appear in journals such as New Media and Society, Global Media and China, International Journal of Digital Television, and as book chapters in Media and Public Sphere (2007), Climate Change and Mass Media (2008), and Migration and the Media (2012).

Richard Thomas is a Senior Lecturer, Media and Communication, Swansea University.As a multidisciplinary researcher, Richard is interested in quantifying trends and patterns in the ways that we consume news, and how social, financial and political issues are covered by news outputs ranging from TV and radio to online blogging and social media.

One of his main areas of interest is political communication and the coverage of elections. He has published many journal articles and is the co-author of a recent book published by Polity called “Reporting Elections: rethinking the Logic of Campaign Coverage”. He is the co-editor of JournalismKX – an online forum where scholars and journalists discuss how they can collaborate to address the key issues facing the news industry.

He is the Programme Director of the Erasmus Mundus MA in Journalism, Media and Globalisation. He is a Fellow of the Higher Education Academy, and is College Academic Integrity Officer.

As a freelance journalist he has written for many of the most prestigious cricket publications including Wisden Cricket monthly magazine (cricket’s “bible”), All Out Cricket (online and in print), The Nightwatchman, ESPN Cricinfo and Cricket Ireland. He was interviewed by the BBC about the 2019 Men’s Cricket World Cup. Richard has also contributed to several books on cricket history and his book about 1,000 years of cricket history entitled “Cricketing Lives: A Characterful History” is due to be published by Reaktion Books in 2021.