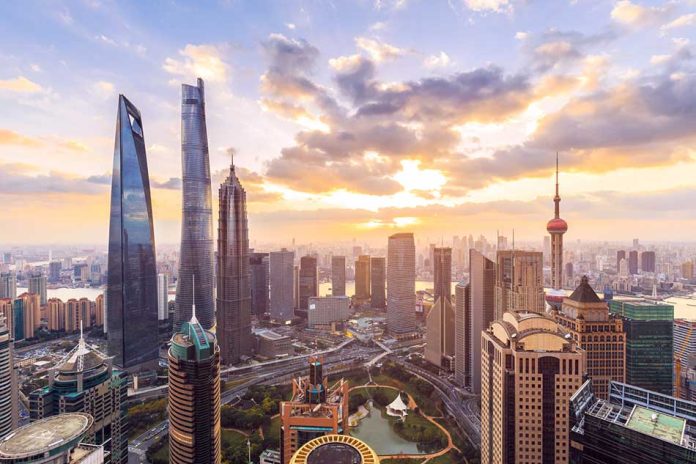 During the 2022 Global Mobile (GLOMO) Awards at MWC Barcelona, the world’s largest and most influential event for the connectivity industry, Chinese Tech companies, led by Huawei, bagged the highest number of awards at the event organized by GSMA to celebrate governments, individuals and companies that have been outstanding in promoting innovation in the global mobile industry. At the 2022 GLOMO Awards, several newfangled Chinese technologies that pushed the boundaries of innovation won the world’s most prestigious awards in the connectivity industry.

To highlight a few, China Mobile and Huawei’s Green 5G project, designed to tackle carbon emissions of mobile networks and bolster low-carbon information and communications technology (ICT) development was adjudged the Best Mobile Innovation for Climate Action. Also, the ‘‘5G Smart Healthcare Lights up Hainan Healthy Island’’ a project jointly developed by Huawei, China Unicom and the Health Commission of Hainan Province which has significantly strengthened primary medical capabilities and improved access to high-quality healthcare in the Hainan Province won the Best Mobile Innovation for the Connected Human at the 2022 GLOMO Awards.

A recent report (2022) from GSMA shows that 5G, the world’s fastest-growing mobile technology commercially in history, is expanding steadily around the globe – What is China’s contribution to this essential progress? Undoubtedly, the broadening of 5G, experienced worldwide would have been nothing short of a mirage without China’s remarkable contribution. At present, China leads the world with the highest number of installed 5G base stations and connections – as at the end of 2021, a whopping 480 million 5G connections were installed in China, forecasted by GSMA Intelligence to reach 650 million in just one year, representing more than 60 percent of the world’s entire 5G connections. Single-handedly, China has built an extensive network of 5G connections, a useful tool for sustainable development.

With ecological civilization being the utmost goal of the Chinese government, year after year enormous investments are dedicated to harnessing the potential of technological innovation to maximize efficient use of resources, eliminate waste and pollution – thus, pursuing economic growth without sacrificing the natural environment, ensuring the harmonious coexistence between human and nature – a formidable challenge around the world, but China has recorded significant gains in addressing this global problem via the application of 5G, which typically empowers all industries in their digital transformation. As the global leader in the development of 5G, China has strived in leveraging 5G innovations to build smart manufacturing, smart agriculture, smart mining, smart cities and smart healthcare which have significantly bolstered efficiency, reduced waste and pollution, presenting vital lessons for technological innovators worldwide.

In the last decade, China’s impact on global innovation has been uniquely colossal, a progressive trend attributed to the Chinese government’s pursuit of high-quality growth driven by technological innovation. Since the 18th CPC National Congress in 2012, China has experienced astounding technological development. During this period, the country has experienced phenomenal improvement in innovation – rising from 29th position in 2011 to 11th on the 2022 Global Innovation Index, an annual ranking published by the World Intellectual Property Organization (WIPO), a specialized agency of the United Nations, that ranks world economies according to their innovation capabilities.

Prior to this remarkable achievement, data from WIPO reveal that in 2019, China surpassed the United States to become the world’s top filer of international patents, a revered position the Asian country still occupies. But attaining this status and retaining it, has not come on a silver platter. China has realised this goal through consistent and adequate investment in research and development (R&D) which ultimately, has advanced global innovation. After overtaking the United States in 2018 to become the world’s highest producer of scientific papers, recent  data from Japan’s science and technology ministry show that China now leads the world in both the quantity of research papers produced and the most cited papers, a major contribution to scientific research, that further enhances global innovation – China’s pursuit of high-quality growth, propelled by innovation is steadily advancing scientific research and concomitantly, contributing  significantly to unlocking the full potential of innovation, providing pertinent panacea to global challenges.

As the world’s highest filer of international patents since 2019, China’s consistent contributions have significantly bolstered innovations in several fields, including hydrogen fuel cells in transportation, which provides another alternative to decarbonising the transport sector – A recent (2022) report from WIPO show that China is currently the top origin of patent filings, contributing considerably to the global surge in patent filings since 2016, both in fuel cells in general and their application in transportation in particular – furthermore, among the world’s top 30 patent applicants in fuel cells in transport, that account for 40 percent of the patent database, the Chinese Academy of Sciences is the only university and research institution in the list, with Chinese universities dominating the academic field. Considering China’s significant impact on global innovation across multiple fields, it is imperative for both developed and developing countries to strengthen scientific research collaboration with China, envisioning that this pathway is key to unlocking the full potential of innovation required to effectively tackle global challenges.

Alexander Ayertey Odonkor is an economic consultant, chartered economist and a chartered financial analyst with a keen interest in the economic landscape of countries in Asia and Africa.