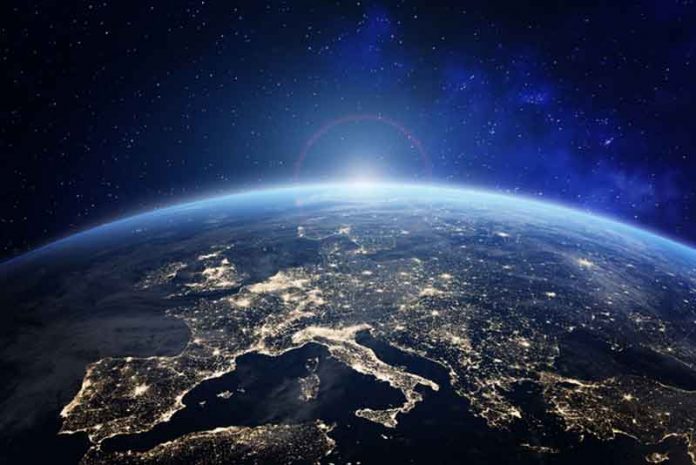 Globalization is a multifaceted concept that describes the process of creating networks of connections around the world. It involves the interdependence of national economies and the integration of information, goods, labour and capital, to name a few.

In recent years, globalization has been the subject of growing discontent and criticism, particularly after the election of former U.S. president Donald Trump, Brexit and the American refusal to appoint members to the World Trade Organization’s Appellate Body.

The backlash represents a major setback to the pace of globalization and sets the stage for growing protectionism and nationalism around the world. Many criticisms have been political, but the ongoing COVID-19 pandemic has introduced new health threats to globalization.

In a sense, the pandemic has illuminated both globalization (a virus went global in a few weeks thanks to globalization and interconnectedness) and deglobalization (the breakdown of international co-operation and the re-emergence of nationalism when it came to personal protective gear, medical devices and vaccines).

In our recent research, we detail the pandemic’s impact on the world economy via three components of globalization: economic, social and political. The pandemic and the economic policy response to the crisis have had an impact on these three aspects to varying degrees.

1) Economic globalization involves the flow of goods, services, capital and information through long-distance market transactions. Although the pandemic is global, regions and countries have experienced it differently based on various economic indicators.

Merchandise trade contracted for the global economy, but the rate of decline was more pronounced in advanced economies than in developing and emerging economies. Not only were trade flows affected, but the the impact of COVID-19 on foreign direct investment (FDI) was immediate as global FDI flows declined by nearly half in 2020.

2) Social globalization was also significantly impacted by COVID-19. It pertains to interactions with people abroad including via migration, international phone calls and international remittances paid or received by citizens.

Social globalization has been heavily affected by the COVID-19 pandemic because many countries have imposed travel restrictions on both residents and foreign travellers. Border closures hinder migration, especially the movement of tourists and international students. Migrant remittances were also affected, not because of any formal restrictions on remittances, but mainly because of the impact the pandemic had on immigrant employment.

3) Political globalization involves the ability of countries to engage in international political co-operation and diplomacy, as well as implementing government policy.

The initial outbreak of the COVID-19 pandemic affected international co-operation negatively, in part because of the blame game between the two largest economies in the world, the United States and China.

Later, many nations worked together to fight the pandemic. China, for example, supported countries like Italy, which became the epicentre of the COVID-19 pandemic in Europe.

Politically, the outbreak of COVID-19 could be used as a building block in the future to reinforce international co-operation and strengthen the pillars of political globalization.

Because of well-established and interdependent global production and supply chains, economic forecasts were pessimistic in the early months of the pandemic due to international border closures and business shutdowns.

The prospect of the world plunging into another major and long-term economic recession similar to the Great Depression in the 1930s and the 2008 recession was top of mind for economists, governments and citizens.

But predictions about the death of globalization were, in hindsight, grossly exaggerated. Recovery efforts took hold early compared to those two major economic crises, suggesting global trade is much more resilient than anticipated.

In fact, there’s reason to be optimistic about the COVID-19 economic recovery as well as the future of globalization.

Multinational enterprises already had their stress test during the 2008-2009 collapse of world trade. That collapse kickstarted a process of deglobalization, but global merchandise trade and industrial production recovered to previous highs quickly — and they’ve done so even more swiftly during the COVID-19 crisis. The shock was sharp and immediate, but so was the recovery.

The so-called invisible flows (FDI, remittances, tourism, official development co-operation) have been hit harder, and full recovery is not to be expected until vaccination rollouts are sufficiently global in scope. Nonetheless, it’s not unrealistic to expect a speedy economic recovery once the pandemic has passed.

The disease of inequality

Ironically, the attacks on globalization were a symptom of an underlying disease — inequality — that have been illuminated by the pandemic.

Globalization lacked a trickling down of benefits to those who most needed them. The pandemic taught us that inequalities are the breeding ground for the spreading of literal diseases and the suffering that follows. Reducing vulnerabilities to future epidemics requires tackling those inequalities.

But the fight against future crises cannot be limited to domestic developments only, because inequality is global. Adhering to the United Nations Sustainable Development Goals is therefore a high-return investment project.

The push towards deglobalization certainly still exists. But economies are now digitally connected in ways they’ve never been before.

That’s a positive development, because ending the COVID-19 pandemic and preventing future crises requires international co-operation and a global effort to ensure no single country is left behind. Vaccines must be made available and affordable to all countries, as just reiterated by the leaders of G7 nations in their promise to supply one billion doses of the COVID-19 vaccine to poorer nations.

Just as globalization has ramifications for all countries, the health of one nation affects the health of all nations. It requires a global approach to ensure equality for all the world’s citizens.

This article was originally published in The Conversation on 17 June 2021. It can be accessed here: https://theconversation.com/covid-19-has-shone-a-light-on-how-globalization-can-tackle-inequality-162046

Sylvanus Kwaku Afesorgbor is an Assistant Professor at the Department of Food, Agricultural and Resource Economics (FARE), University of Guelph, Ontario, Canada. Prior to his current position, he was a Postdoctoral Researcher at the Tuborg Research Centre for Globalization and Firms of Aarhus University, Denmark, as well as a Max Weber Postdoctoral Fellow at the Robert Schuman Centre for Advanced Studies of European University Institute, Florence, Italy. His research and teaching experiences are in the areas of International Trade, Political Economy, Globalization and Development, Energy and Environment, Food and Agriculture.

Binyam Afewerk Demena (PhD) is an empirical economist with expertise across economic disciplines focusing on the area of development, environment, and health. He has extensive research experience in several fields related to systematic research synthesis and meta-analysis. He has participated in several impact evaluation projects ranging from international trade, investment, economic conflicts and sanctions to public health, public governance, rural infrastructure programs, and to informal economy and enterprises, applying observational, experimental, and quasi-experimental evaluation techniques.

Peter van Bergeijk (1959) has worked at the universities of Groningen (Netherlands) and Zurich (Zwitserland) as a policy maker at the Netherlands Competition Authority and the Ministry of Economic Affairs and in banking at UBS, ABNAMRO and the Dutch Central Bank. His most recent books include the Research Handbook on Economic Diplomacy (2018) and Deglobalization 2.0: Trade and openness during the Great Depression and the Great Recession (2018). He is currently working on the Research Handbook on Economic Santions to be published in 2020