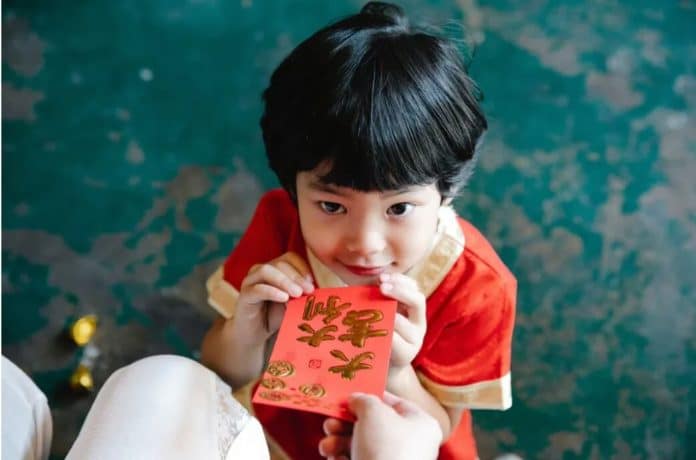 February 1 marks the start of the Chinese new year 2022, the year of the tiger, and celebrations will end two weeks later with the Lantern Festival (元宵节). The tiger is the third animal of the 12-year cycle of Chinese zodiac signs, and famous people under this sign include Queen Elizabeth II, Marilyn Monroe, Leonardo DiCaprio, Tom Cruise and Lady Gaga.

As the most traditional and celebrated holiday in Chinese culture, the lunar new year (also known as the Spring Festival (春节)) is not only a time to celebrate the beginning of spring but also an occasion for family reunion. In China, a wide range of celebration activities will be staged for two weeks: fireworks, firecrackers, festival decorations and a variety of shows. In the UK, celebrations too have been planned at home, in schools and online.

Family time is of utmost importance in Chinese culture. The run-up to new year’s eve is usually spent travelling, with everybody heading to their hometowns for family reunion. Houses and flats will get a deep clean in readiness for a fresh year ahead (having to sweep the floor on new year’s day is taboo and associated with sweeping good luck and wealth away). 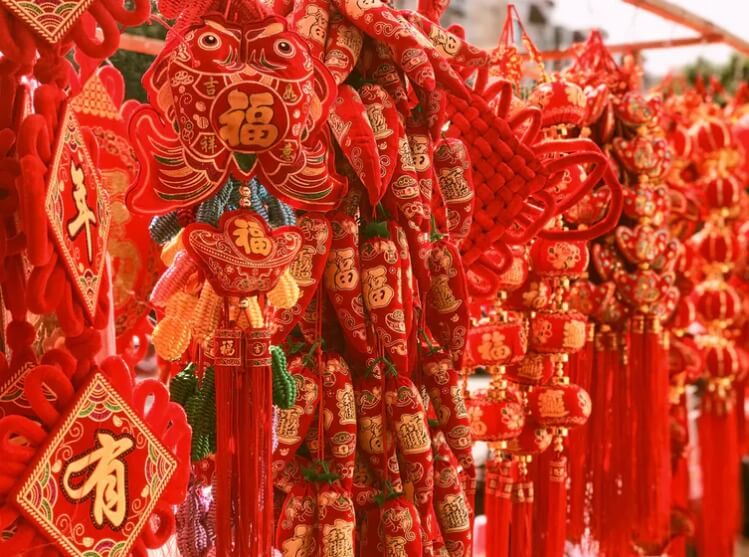 Every family will have a long list of festival necessities to buy for Chinese new year, including lots of red decorations, new year outfits and gifts. Festival decorations will be hung up, such as red paper-cuts on windows (窗花), and spring couplets and banners on doors (春联). Guarding gods posters will be pasted on entrance gates for safeguarding. Fireworks and firecrackers will be set off to scare away evil spirits and to signal the start of a safe and prosperous new year.

Red is considered the colour of luck. Once the new year arrives, new red outfits are worn to visit relatives and friends, to exchange blessings and gifts. During these visits, children will get red paper envelopes filled with cash notes (红包), symbolising that bad luck is driven away and good fortune is passed on. Apart from visiting loved ones, people also visit temples to worship ancestors and pray for health, success, fortune and a better year.

What do people eat?

Food also plays a crucial part in these celebrations and some dishes believed to bring luck will always be prepared – what they are varies greatly across China.

Fish (鱼) is a must as it is often seen as an “extra” (余), symbolising abundance. Sticky rice cake (年糕) will also be a favourite, and this is because the word in Chinese sounds like “year high”, meaning higher income and promotion. Oranges (桔) are considered lucky as the word sounds like “lucky” in Chinese (吉).

There are however some differences depending on where you are. In northern China, people like to eat dumplings (饺子) as they are thought to resemble gold ingots. Whereas in southern China, you are more likely to have ping-pong shaped sticky rice balls with sweet fillings (汤圆) as it sounds like the word for “togetherness” (团圆). It’s also common to have a tray of sweets or a platter of bite-sized treats symbolising reunion and togetherness. 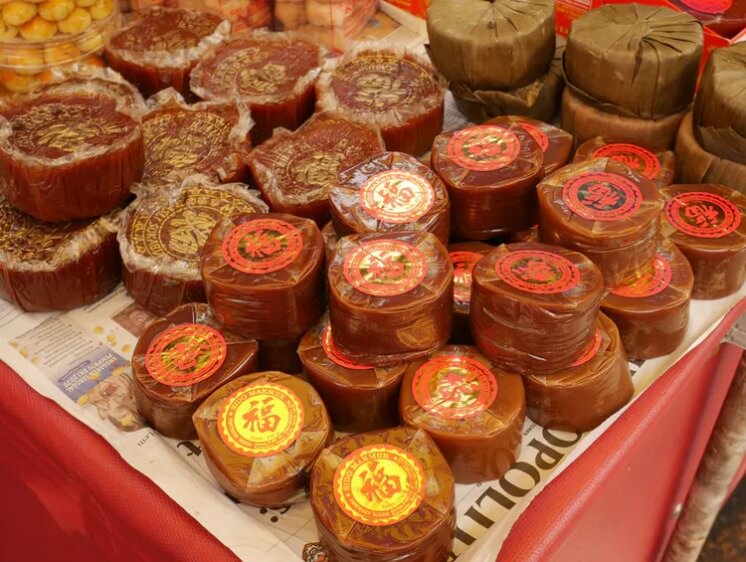 On new year’s eve, waiting for midnight, family and relatives will enjoy eating together, playing games like mahjong, and watching the Spring Festival Gala on TV. Whether at home or overseas, this tends to be a must-do for many Chinese families.

Like all customs and traditions, things change over time. Today, red envelopes are often sent via apps such as WeChat, a messaging app that allows people to make mobile payments. Although the reunion dinner is still important, many Chinese families now prefer to eat out rather than cook together at home. Fireworks and firecrackers are often banned in respect of the environment, and it is not unusual to hear the cacophony of firecrackers played from recordings through speakers instead. 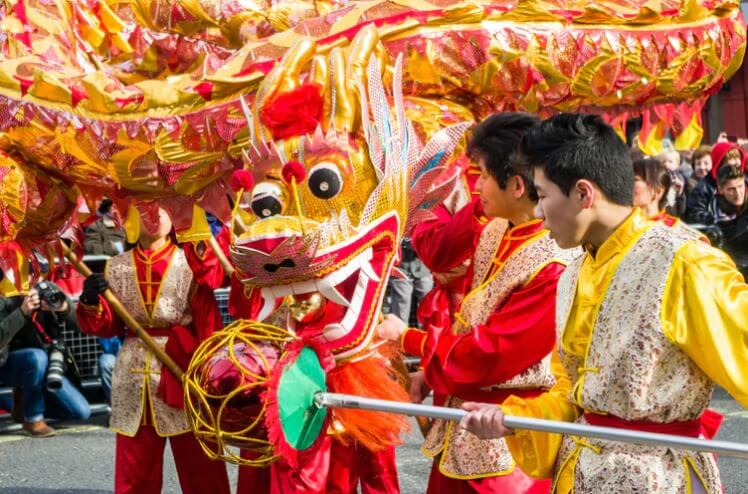 But if some traditions have faded with time, others are still very much alive and passed on, from one generation to the next, through Chinese communities and Chinatowns worldwide. In the UK, there is a sizeable Chinese community who migrated from Hong Kong and south-east Asia in the 1950s, and from mainland China in the 1980s. Celebrations still feature red decorations, family gatherings and celebration events like parades with lively lion and dragon dances.

Before the pandemic, the largest celebrations in London would take place in Trafalgar Square, Leicester Square and Chinatown. While parades have again been cancelled this year, a rich choice of online activities has nevertheless been programmed throughout the UK. And, of course, with the Beijing Winter Olympics starting on February 4, there will be an added dimension to traditional activities.

But, no matter how much Chinese new year celebrations have changed over time or whether it is celebrated in China or throughout the Chinese diaspora, the heart of the Spring Festival remains the people, a strong sense of togetherness, and the idea that the year to come will be the chance for a new start that is brighter and more prosperous.

This article was originally published in The Conversation on 31 January 2022. It can be accessed here: https://theconversation.com/chinese-new-year-your-guide-to-everything-from-importance-of-the-colour-red-to-firework-bans-175870

Jingjing Ruan is a Lecturer in Chinese Language and Literature at Xiamen University, a Mandarin tutor at Cardiff Confucius Institute, and the Languages for All Programme Coordinator for Mandarin Chinese at School of Modern Languages, Cardiff University.

Catherine Chabert – Her scholarship and leadership roles are strongly associated with international partner institutions and colleagues. In recent years, she have worked with Xiamen University (as Director of the Cardiff Confucius Institute), with European language centres through CercleS, and with French speaking university partners, negotiating and curating links for undergraduate students.

‘To get rich is glorious’: how Deng Xiaoping set China on a path to rule the world