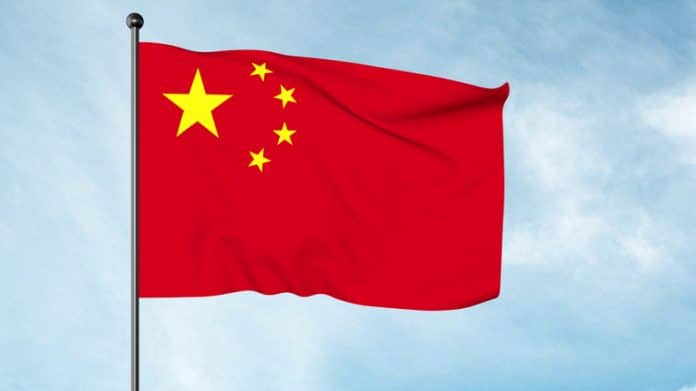 History is weighing heavily on a hotel in the western suburbs of Beijing this week, as the 300 members of the Central Committee of the Chinese Communist Party chart a course for China’s next five-year political cycle.

Not least of the tasks before the ruling Communist elite will be to endorse the consolidation of Xi Jinping’s position as China’s most powerful leader, certainly since Deng Xiaoping and possibly since Mao Zedong himself.

Those deliberations will be rubber-stamped at the 20th National Party Congress to be held next year.

Over the next few days, world attention will turn towards Xi’s anointing, and resolutions of this sixth plenary session of the 19th Central Committee. China scholars, intelligence analysts and diplomatic representatives will scrutinise every last word that emanates from Beijing’s propaganda machine.

History is being etched in these deliberations, which will ripple beyond China’s borders. It is hard to exaggerate the significance of these few days in Beijing, in which issues like China’s mission to achieve Taiwan’s reunification with the mainland will be canvassed.

In this centenary year of the founding of the party in Shanghai in 1921, the sixth plenum will rank with three other critical moments in Communist Party history.

These three moments include two sixth plenums. In the first in 1945, Mao vanquished his party opponents to become sole leader. In the second in 1981, Deng removed the ideological debris of the destructive Mao era.

The other event of particular importance in Communist Party history is the third plenum of the 11th Central Committee in 1978. In that year, a recently rehabilitated Deng re-emerged to take control of his party and his country and ultimately shift the world away from a hitherto American-dominated axis.

Both the 1945 and 1981 plenums were enshrined in historical documents that served a political purpose.

In Mao’s case, the aim was to remove and sideline his political opponents. In Deng’s, he used the 1981 sixth plenum to bury the excesses of Maoism in an historical document. It resolved that Mao had made serious mistakes, but recognised his achievements.

So historical documentation has long been a weapon of choice for Chinese Communist Party leaders seeking to impose their will on a party and a country.

In 2021, a contemporary historical reckoning will dwell not so much on the past but on the future in the world’s most populous country, second-largest economy and rival to US power and influence.

In 1945, Mao’s “coup” against his party opponents largely went unnoticed in a world consumed by the last days of the second world war. In 1981, Deng’s artful burying of Maoism, while not jettisoning Mao’s revolutionary contribution, garnered world attention. But this manoeuvre was not seen as a harbinger of what has proved an extraordinary leap forward in China’s economic development.

In 1981, not even the most committed Sinophiles were predicting that within a generation China would upset a global status quo and transform itself from a development backwater to one that challenged the West on many different fronts.

Sixth plenums of central committees are aimed at building consensus and clearing the decks of outstanding differences before party congresses. Xi may appear all-powerful to the outside world, but internal party disputation, manoeuvring and infighting is part and parcel of the world’s largest political organisation, with some 95 million members.

Much comment has attached to the fact Xi has not travelled outside China since 2020. It’s seen as a possible indication that he is not entirely confident of his grip on power.

However, it is more likely that, apart from the constraints on travel in a pandemic, China’s leader will have used his time to prepare for this sixth plenum, in what will have been an exhaustive process of consultation and consensus-building.

Having buried a requirement that would have prevented him serving a third five-year term as China’s new emperor, Xi is no doubt leaving little to chance in his continuing efforts to consolidate his rule and root out potential naysayers.

His anti-corruption campaign early in his tenure, and more recently his moves against Chinese billionaires like Alibaba’s Jack Ma as part of efforts to close the gap between rich and poor, are part of this process.

Xi’s “common prosperity” drive is central to his efforts to distinguish his era from the past. This includes Deng’s unleashing of Chinese entrepreneurial instincts with such sayings as “to get rich is glorious” and “it doesn’t matter if the cat is black or white as long as it catches mice”.

In this latest period, Xi is facing a different set of challenges from his inspirational predecessor. In Deng’s case, his mission was to foster the creative energies of a country that had been subjected to a rolling series of disasters, culminating in the Great Proletarian Cultural Revolution of 1966-76.

In Xi’s case, his challenges are perhaps no less than Deng’s in transforming China from an export-led low-wage economy to one driven by its vast consumer market.

These challenges have been exposed in recent months by the near-collapse of Evergrande, China’s biggest property developer, the precariousness of others in the same space, and power generation shortages and blackouts.

On top of all of this, China’s economy has been slowing in a manner that will be concerning Beijing central planners; although the point is well made that the country’s economic growth should be regarded as a multiple of a much larger economy these days than in the past when double-digit growth rates were the norm.

Central Committee delegates are unlikely to dwell this week on the Third Plenary Session of the 11th Central Committee of 1978. But its shadow will extend over deliberations in the sense that China would not have moved as far and as fast as it has without that event’s endorsement of a process of “reform and opening”.

It was at the third plenum that Deng and his supporters weaponised the phrase “seek truth from facts” to face down Maoist holdouts who were standing in the way of a process of economic liberalisation and opening to the outside world.

Four decades later, Xi will seek to build on that process by championing his “common prosperity” theme, which itself owes much to Deng’s aim of building a “moderately prosperous” China.

The phrase “common prosperity”, given weight by Xi in the October 16 edition of the party theoretical Qiushi Journal, will colour the resolutions of the sixth plenum.

In that contribution, Xi provided more than a hint that he plans to be around for quite some time. He set 2035 as a target for the realisation of his efforts to correct China’s income inequality and achieve his goal of providing more equal access to basic services.

That benchmark date, 2035, is two further five-year cycles of the National Party Congress. In 2035, Xi would be 82, having ruled China for 20 years.

This article was originally published in TheConversation on 10 November 2021. It can be accessed here: https://theconversation.com/chinas-sixth-plenum-will-consolidate-xi-jinpings-power-and-chart-the-countrys-ambitions-for-the-next-5-years-171395

Tony Walker is a vice chancellor’s fellow at La Trobe University. He is a columnist for The Age and The Sydney Morning Herald. He is a dual Walkley Award winner for commentary, and recipient of the Paul Lyneham Award for Excellence in Press Gallery Journalism. He is a former foreign correspondent for Fairfax and the Financial Times in China, the Middle East and North America. Publications include Arafat: The Biography and The Peter Thomson Five.