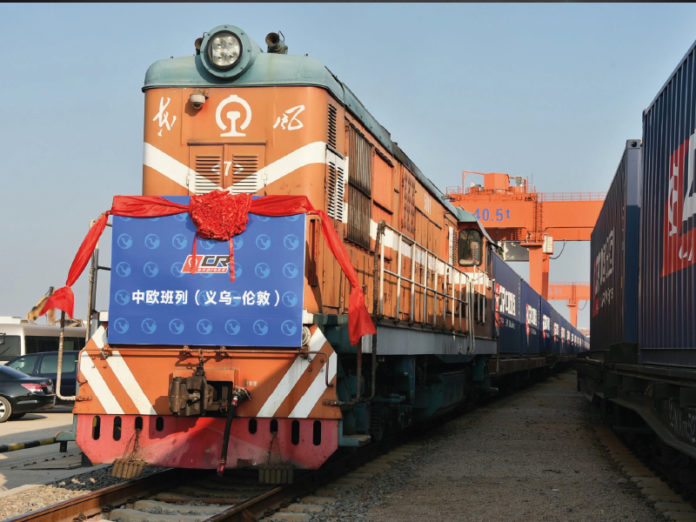 China’s One Belt One Road initiative is vast and promises to greatly expand China’s soft power in Asia, Europe, and Africa by creating much-needed infrastructure. The US stance on OBOR, however, is unclear, and the lack of a clear stance on OBOR, China, and Asia in general, will ensure a reduced role for the US in the region.

China’s expansive One Belt One Road initiative stretches across the continents of Asia, Europe, and Africa and promises to bring a range of infrastructure to numerous developing countries, potentially covering half of the world. The purpose of the project is to engage the nation abroad. China’s Ministry of Foreign Affairs aims specifically to boost intergovernmental communication to promote regional cooperation, coordinate infrastructure plans to ensure connection of infrastructure networks, encourage soft infrastructure development, and improve human connections through international exchanges.1

This is a massive undertaking, and many foreign countries have chosen to participate in order to benefit from infrastructure investment directly or indirectly, despite protests in some areas against environmental and human rights violations. The US position on OBOR, however, is unclear, and a lack of a clear stance has left the US looking on helplessly at the sidelines. This represents a more general failure of US foreign policy in the Asian region.

Focus on infrastructure allows China to employ its construction firms abroad and generate investment opportunities, both for itself and for other countries. Excess capacity in cement and steel enterprises can be used to provide materials for OBOR projects. OBOR will also help China gain access to trade with less developed countries by reducing trade costs due to improved transportation networks and enhanced trade agreements between nations.

Politically, the project strengthens China’s soft power abroad, boosting China’s stature as a global power. China earns political points for providing assistance to poor countries. The deliverables specified during China’s May 2017 Belt and Road Forum provide an intense work agenda for China, but also promise to massively bolster China’s involvement in Asia and beyond. These include: coordinating development strategies and infrastructure development, expanding industrialisation and trade, increasing financial cooperation, and focussing on people to people exchange.2 All of these items require negotiations with neighbouring governments, understandings based on mutual respect and benefits.

To some, the mutual benefits are clear. China has noted that increased cooperation with Qatar in OBOR can boost Qatar’s National Vision 2030.3   Lao officials have celebrated the fact that OBOR will cause their country to transform from a “land-locked country” into a “land-linked country”.4  Malaysia released a report in October stating that OBOR would create benefits for all participating countries, including Malaysia.5 In addition, Russian President Vladimir Putin stated in June that the OBOR will benefit both Russia and China.6

Sara Hsu is an Associate Professor of Economics at the State University of New York at New Paltz, and have published over six books and fifteen journal articles on the Chinese economy and financial sector. Hsu is a Forbes contributor and a frequent guest on CGTN.