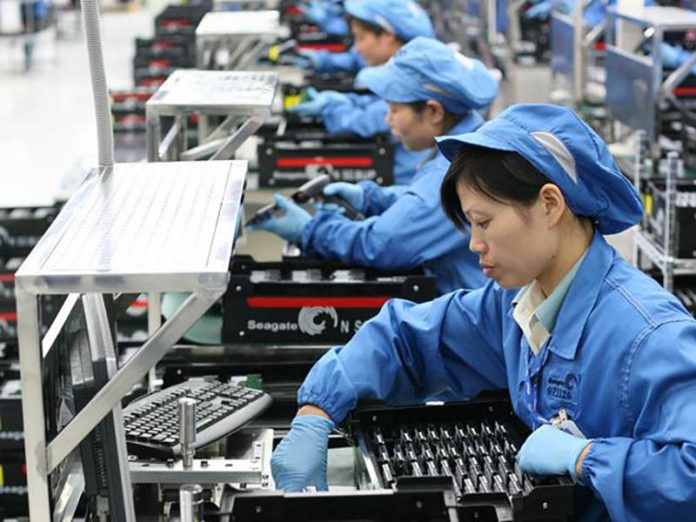 Last week, the 19th Central Committee of the Communist Party of China (CPC) completed its fifth plenary session in Beijing.

Unlike all other major countries, China’s economy is rebounding and fueling global prospects.

Two centenary goals about to be realized

In terms of the past, China is set to achieve two of its centenary goals: building a moderately prosperous society and eradicating extreme poverty.

In terms of the future, the fifth plenum introduced China’s 14th Five-Year Plan for 2021 to 2015. And while the mid-term “2035 Vision” seeks to realize the primary modernization goals, it also offers the critical half-way path to 2050, when China is expected to become a great power.

The stress on these medium- and long-term initiatives adds both direction and flexibility, which would be constrained by traditional GDP targets. Instead, the focus will be on what President Xi Jinping has termed the “dual circulation” pattern to recalibrate China’s domestic economy with the international economy, in order to achieve more resilient and sustainable growth.

Although China had to cope with the epidemic challenge first, its total case count represents only 1 percent of that in the US or Europe. Why? Because the entire nation stood behind a science-based public health policy.

In contrast, massive policy mistakes in the US, Europe and certain other countries will soon result in 50 million cumulative cases and 1.2 million deaths. Worse, they have already contributed to a global contraction that’s far more serious than during the Great Depression.

As the plenum document states, the strategic plan for the rejuvenation of the Chinese nation must take into account these pandemic failures and their economic costs and geopolitical implications.

Despite very challenging international conditions, China has made extraordinary progress in the past year. In September, export growth improved once again to almost 10 percent on a year-to-year basis.

After more than two years of the Trump administration’s trade wars and the consequent dire global headwinds, Chinese consumers are understandably cautious and cost-conscious. Yet, the rebound of import growth at over 13 percent after two consecutive months of contraction suggests that confidence is rising.

Some analysts argue that China is growing more on the back of strong production as domestic demand remains subdued, while the US is on a consumption-based path with strong retail sales but weak production.

Nonetheless, the consumption-led recovery in the US relies too much on very costly fiscal stimuli necessitated by the poor response to the pandemic, and rapidly-rising debt, which both distort the role of consumption.

As a share of GDP, US fiscal stimulus packages (13%+) are twice as large as those in China (7%). And thanks to printing presses, ordinary Americans and foreign investors end up having to pay the bill. In China, the growth trajectory has been more strategic, first, stressing supply; over time, demand. That is more sustainable.

In 2020 China’s gross domestic product (GDP) is projected to climb to almost $15 trillion, which accounts for about three-fourths of the US GDP. However, US remains on the path to minus 4 percent growth in 2020, whereas China’s GDP is likely to increase by 2 percent; three times faster.

Assuming peaceful and relatively stable conditions, China’s growth potential could remain significant in the medium term. In this scenario, the size of the Chinese economy would surpass that of the US by the late 2020s. That may be the side-effect of China’s future plans. As the plenum concluded, what is more critical has been the success in building a moderately prosperous society.

In China and other large emerging economies, the middle-income groups have expanded dramatically in the past two to three decades. Yet, they lack the accumulated prosperity and wealth that major advanced economies enjoy.

Chinese GDP per capita, adjusted to purchasing power, is a fourth of that in the US. But it is increasing faster in relative terms and could exceed a third of the US level by the mid-2020s.

During the past half a decade, more than 55 million people have been lifted out of poverty, thanks to over 60 million new jobs created in the urban areas. More importantly, China’s focus on the quality rather than the quantity of GDP growth has allowed it to build the world’s largest social security system.

Moreover, regional differentiation is likely to proceed fast, both internationally (Belt and Road Initiative, BRI) and at home (the Guangdong-Hong Kong-Macao Greater Bay Area). And the acceleration of green and low-carbon development has been evident in Chinese initiatives since the mid-2010s.

The new development pattern also underscores the upgrading of China’s economic structure, higher value-added in manufacturing and industrial and supply-chains. That’s the purpose of innovation-led growth, including the stress of semiconductor chips, artificial intelligence (AI), 5G platforms, renewables and biotechnology.

Since its launch in 2015, the “Made in China 2025” plan has sparked some skepticism in the advanced West. Much of the criticism is hypocritical, based on double standards.

When today’s major advanced economies industrialized a century ago, such efforts at independence and self-sufficiency were typical to all of them, along with high tariffs and protectionism.

In contrast, China’s quest for great power status rests on multilateralism, global cooperation and shared future, which includes all nations that seek to participate peacefully in its sustainable growth.

The original version was published by China Daily on November 3, 2020