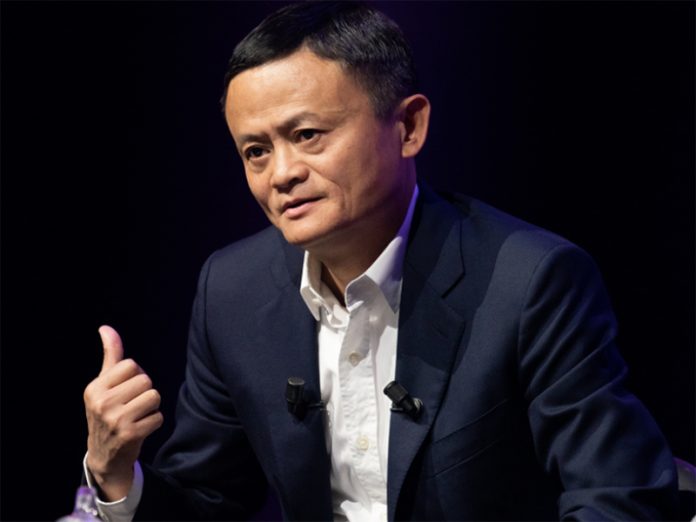 In a surprise last minute decision, the flagship stock exchange listing of Ant Group was suspended by regulators in China and Hong Kong. The Chinese tech giant, backed by Alibaba billionaire Jack Ma, was to be the biggest initial public offering (IPO) in history.

The suspension puts in doubt the future of the US$34.4 billion share sale, part of the US$313 billion dual listing of this giant financial technology (fintech) payments company. The move followed a regulatory interview between the Chinese Financial Stability and Development Committee and Ma, the company’s ultimate controller. The committee’s chair, Vice Premier Liu He, was of the opinion that fintech companies needed to be better regulated amid an ongoing global debate about whether fintechs should be regulated as financial companies or technology companies.

Liu made a valid point, albeit with unfortunate timing. Similar debates are being conducted in the US where fintech companies face multiple regulators with overlapping authorities. The issue goes to the heart of the fintech revolution and the future of banking: what constitutes financial intermediation?

A bank is an intermediary. It has a customer relationship and borrows funds by way of deposits (liabilities). It uses these to lend or invest (assets). In facilitating this mediation banks provide a service by providing a store of money and a mechanism to transmit that money. With improvements in fintech, however, money can be stored electronically, lenders and investors can source funds directly over the internet, and money transfer can be done digitally.

As a result, fintech companies such as Ant Group have the potential to disintermediate banking. To put it in simple terms, financial technology can cut out the middle man and enjoy a regulatory advantage. This increases the reach of financial services, but it raises the question of whether we need to fundamentally change the way we conduct financial transactions. The solution in China is to simply extend the regulatory net.

Many fintech companies, such as the Ant Group, are essentially brokers. They are not asset transformers. They do not have banking licenses, and as such don’t have access to deposits or insurance protection. Banks, however, are dependent on capital availability and borrowers’ credit. During the process of intermediation between loans and deposits, there is a mismatch between long-term assets and short-term deposits. This results in the risk of bankruptcy for traditional banks, unless it’s well managed. As a result, the banking sector is one of the most regulated sectors in the world. And a bank’s capital liquidity is intrinsically linked to its ability to function. Fintech companies do not face the same regulatory scrutiny.

As of June 30, 2020, about 98% of Ant Group’s credit balance originated through its platform was underwritten by its partner financial institutions or securitized. page 137 As a credit broker, it does not shoulder much default risk. Potential new rules in China on micro-lending suggest this might change by setting a requirement for small online lenders to provide at least 30% risk sharing for any loan they fund jointly with banks. The Chinese Financial Stability and Development Committee are rightly concerned that such a major change in business model imposed by the regulator on Ant Group needs to be fairly disclosed to investors, hence the suspension of the listing. The IPO had marketed Ant Group as more of a technology company than a financial one. The regulator took a slightly different view, so a lot of face has been lost.

The regulation of fintech is not just a Chinese issue, and it would be unfair to criticise their regulatory intervention. In October 2020, the Federal District Court in New York reached a ruling that also put the nature of fintech regulation in the US spotlight.

It decided the US Office of the Comptroller of the Currency could not grant charters to fintech companies, something it had previously planned to do for non-deposit taking fintech companies. This suggests such companies will be forced to use the traditional route to regulation, a banking license. This is a heavy regulatory burden and may hold back US innovation in fintech.

Europe is a more innovation-friendly environment for fintechs.

The European Supervisory Authorities, part of the EU’s financial supervision system, have been asked to systematically consider fintech in all their activities and consider ways in which the regulatory environment can be adapted. This treats fintechs more like technology companies and as such is a more flexible approach than taken in China or the US.

In the UK, the government’s strategy has been to make the UK the best place to start and grow a fintech business, including a desire to co-create regulation with fintechs in mind. The Financial Conduct Authority’s Project Innovate, Fintech sandbox and the Bank of England’s FinTech accelerator are examples of this approach. This approach may well prove more adaptable and help shape the debate on the future of regulation of fintech companies globally. No doubt Ant Group wishes it was operating in such an accommodating regulatory environment.

Daniel Broby is a leading academic in the field of Financial Technology (Fintech). His research interests focus on crypto-currencies, market operational efficiency and the timestamping of blockchain financial instructions

In addition, he is one of the world’s most recognised experts on portfolio and index construction. He wrote ‘A Guide to Index Construction’ for Risk Books, described in a review as “a comprehensive academic treatise on the subject”. He is focused on extending the literature within finance to incorporate big data analysis, artificial intelligence and machine learning.