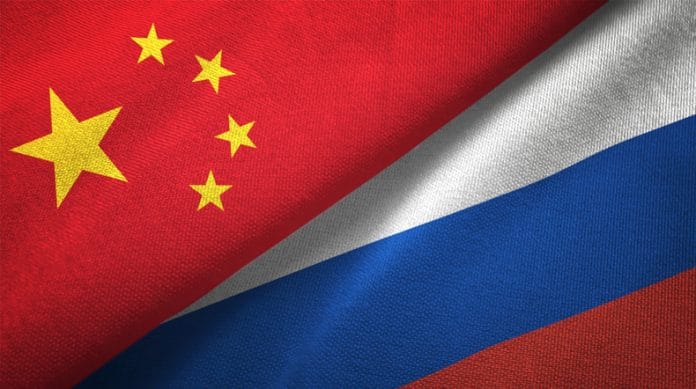 Russia has few friends in the international community following its invasion of Ukraine. But China, which shares a 2,672-mile (4,300-kilometer) border with Russia, is among the handful of nations that has refused to condemn Vladimir Putin’s actions, while criticizing the West’s response to the crisis and its role in pushing tensions to a “breaking point.”

But Beijing hasn’t offered full-throated messages of support to Moscow over the war, instead calling for peace talks and “maximum restraint.” The Conversation asked Joseph Torigian, a specialist on Russia and China at American University who has a forthcoming book on power struggles in the Soviet Union and China after Stalin and Mao, to unpack what is behind Beijing’s delicate position on Ukraine.

What is behind China’s position on Russia and the war in Ukraine?

China’s President, Xi Jinping, said on March 8 that he was “pained” to see “flames of war reignited in Europe.” But China has been reticent to criticize Russia.

The Russian Foreign Ministry on Feb. 28, 2022, described China as one of Russia’s key remaining friends, and Moscow will hope that Beijing will continue to provide rhetorical and substantive assistance.

Beijing will be sensitive to Western attempts to foster tension in the relationship, and Chinese Foreign Minister Wang Yi recently described ties with Moscow as “rock solid.” He added that China and Russia “will always maintain strategic focus and steadily advance our comprehensive strategic partnership of coordination for a new era.”

China has carefully ensured that its own media remains pro-Russian and has even republished false reports by Russian state media.

Yet the invasion of Ukraine is problematic for Beijing. It is unclear how much economic help China can provide to Russia. And the Chinese government will not put the country’s own financial interests at stake in any significant way to help Russia avoid sanctions.

Meanwhile, China is also trying to preserve its reputation as a responsible stakeholder and protect its economic, trading and political ties to Europe. Underlying this, Xi met with his German and French counterparts on March 8, 2022, to discuss a diplomatic solution to the war in Ukraine.

Beijing’s balancing act – seen in its decision to abstain from a United Nations Security Council vote condemning the invasion – will grow harder to maintain the longer the fighting continues, especially as the Russian army resorts to even more brutal methods and the Russian economy continues to deteriorate.

What has been Beijing’s reaction to the sanctions on Russia?

Beijing has been critical of Western sanctions against Russia, and it certainly does not want to see a complete collapse of the Russian economy. Such an outcome could encourage instability in a neighboring state that Beijing sees as an important strategic partner.

But so far, China has not rushed to support the Russian Federation economically. China is very vulnerable to secondary sanctions – penalties levied against institutions with ties to the country under primary sanctions – and it is notable that some Chinese financial institutions have begun to distance themselves from the Russian economy.

Meanwhile, the Asian Infrastructure Investment Bank, a development bank that China launched and in which it holds 27% of voting power, halted its work in Belarus and Russia in protest of the invasion of Ukraine.

What remains to be seen is whether China will use creative, less visible methods to help the Russia economy in a way that would not put its bigger institutions at risk of being accused of sanctions busting.

Beijing will also likely be drawing lessons about its own potential vulnerabilities to sanctions should China ever, like Russia, find itself provoking large-scale economic penalties from the West.

What role does anti-West feeling play in China-Russia relations?

Russia and China endured decades of rivalry and hostility during much of the Cold War. But a rapprochement decades in the making has picked up pace in recent years based in part in opposition to the West.

The governments of both countries hold similarly negative views about America’s role in Europe and Asia. They also share a distaste for Western democracy and a desire to make global public opinion more welcoming to autocracies.

But Washington is not the only factor pushing them together. In the 2000s, Russia and China finally fully resolved their long-running territorial dispute over their shared border. The two countries are also trading partners: Russia sells weapons, gas and oil to China, and China provides investment and consumer goods. 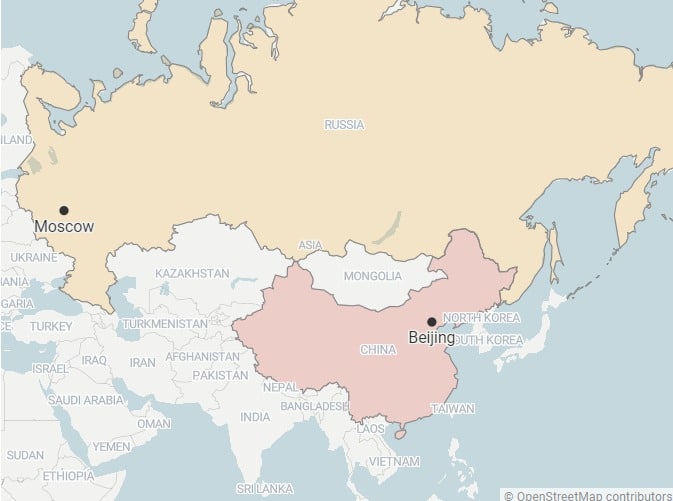 Close ties have been reflected at the highest level, with Putin and Xi developing a personal relationship they are eager to present to the world. In July 2021, Wang, China’s foreign minister, described Moscow and Beijing’s relationship as everything but an alliance yet also better than an alliance. And then, in February, Xi and Putin signed a joint declaration outlining their shared positions on a number of issues.

How significant was that statement, coming just before the invasion?

The timing of the joint declaration came on the eve of the Olympics in Beijing, and Putin’s presence at that event contrasted strongly with the absence of Western leaders, many of whom imposed a diplomatic boycott.

The document was signed at the height of pre-war tensions over Ukraine, and it included language criticizing America’s system of alliances in both Europe and Asia. It specifically outlined the countries’ joint opposition to any “further enlargement of NATO.”

There has also been some suggestion in Western media that the Chinese had been warned before that pact about a Russian invasion of Ukraine. The details of the conversation Putin and Xi had about Ukraine in Beijing are not fully known, but the joint statement certainly gave observers in the West cause to believe China’s behavior might have helped to enable Russian aggression.

Is there a role for China in ending the war?

China has floated the idea of playing some kind of mediating role, but what exactly it might mean remains unclear. Beijing is widely seen in the West as too pro-Russian, and it doesn’t have experience playing that kind of a role in Europe.

There is certainly some hope that China will put pressure on Russia to end the conflict. Ukrainian Foreign Minister Dmytro Kuleba said on March that he had received assurances that “China is interested in stopping this war,” adding: “Chinese diplomacy has sufficient tools to make a difference, and we count that it is already involved.”

Western policymakers have signaled to China that Beijing would face costs if it is seen to be an enabler of Russia’s continued aggression. And Putin may be sensitive to any change in Xi’s position. But China lacks the will and capability to force Russia to completely back down. And both sides have reason to try to manage whatever strains may exist for now.

This article was originally published in The Conversation on 10 March 2022. It can be accessed here: https://theconversation.com/chinas-balancing-act-on-russian-invasion-of-ukraine-explained-178750

Joseph Torigian – I study the politics of authoritarian regimes with a specific focus on elite power struggles, civil-military relations, and grand strategy. My philosophy as a scholar is to select topics based on the widest gap between the under-utilization of available documents and their theoretical and empirical importance, extract broader lessons, and use those lessons to help us to understand two nations of crucial geopolitical importance – Russia and China. My research agenda draws upon comparative politics, international relations, security studies, and history to ask big questions about the long-term political trajectories of these two states. In particular, I am interested in how leaders in those countries create security against threats from within the elite, their own people, and other states.