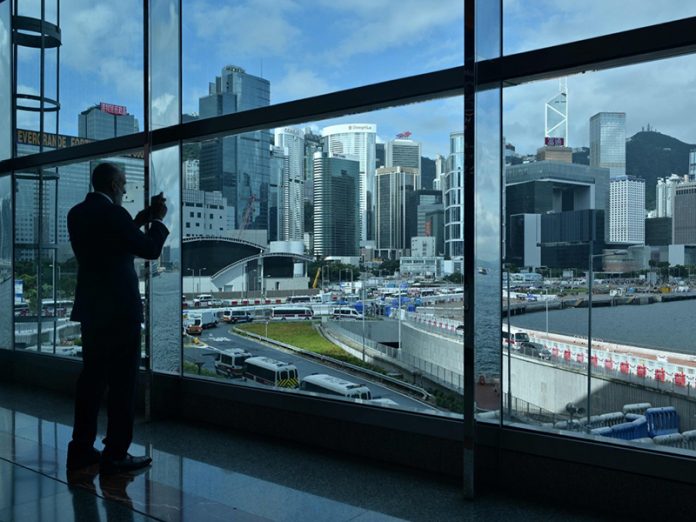 The opening eight months of 2020 have been some of the most volatile in recent memory. The COVID-19 pandemic caught the world completely off guard and the economic implications of the virus outbreak are only now being fully realised.

That being said, we should not discount other major political events which are redefining international relationships and bringing the stability of certain markets into question.

The civil unrest in Hong Kong is a prime example. Since the Legislative Council’s introduction of a controversial extradition bill in March 2019, there has been widespread civil unrest. Those advocating for democratic reform are worried this move symbolises the beginning of Hong Kong’s final political, social and economic alignment with China.

In the first few months of 2020, public protests dominated the news agenda. However, since the introduction of a new security law, protests against the Legislative Council have come to a sudden halt. The measures, which have been criticised as draconian, were put in place in July 2020 have been viewed as Hong Kong’s symbolic submission to China.

Does this mean the end of civil unrest in Hong Kong? At the moment, it is difficult to tell. While public protests have been essentially outlawed under this security law, it is being reported that protestors are looking to new ways of making their voices heard.

From a wealth management perspective, the instability in the region of late will make many question whether holding assets in Hong Kong is a viable strategy. While we have not witnessed a mass exodus of capital from Hong Kong to the extent of that seen in 1997, when the jurisdiction was handed over to China, interest in alternative markets is rising.

Drawing from our experiences and expertise at Butterfield, we have identified three market alternatives that investors and wealth managers should consider if they are looking for potential options outside of Hong Kong.

Following the handover of Hong Kong from the United Kingdom to China in 1997, a large number of domestic and international investors transferred their wealth to different locales, albeit primarily those with similar regulatory structures to the Hong Kong administrative area.

Singapore was a primary destination for much of this wealth. Having already established itself as a leading gateway for businesses and high net worth individuals (HNWIs) to access the region’s established and emerging markets, it seems likely that this trend could repeat itself over the coming months.

With the city state’s history similar regarding its relationship with Great Britain, much of Singapore’s legal structure is well-aligned with the laws that already regulate much of how Hong Kong investments are governed. As such, its viability as an alternative investment location is evident.

In fact, a recent survey by Singapore’s American Chamber of Commerce showed that 90% of the Hong Kong businesses that were seeking a transfer of their assets away from Hong Kong viewed Singapore as their primary choice.

Having attracted $92 billion worth of foreign direct investment in 2019, it is safe to say Singapore’s reputation as a global hub for investment has already been established. It consistently ranks either first or second in the World Bank’s Ease of Doing Business rankings.

Of course, as with any investment location, Singapore has its drawbacks. The total equity capitalisation of its stock market ($665 billion) is dwarfed by Hong Kong’s ($4 trillion), and it can simply never offer the same easy access to the Chinese markets that Hong Kong can as part of the People’s Republic of China.

Nevertheless, Singapore is a natural market alternative for those seeking a market where they can benefit from the dynamic growth of Asia’s regional economies. Yet it is also worth looking beyond the Far East and considering offshore investment hubs like Bermuda and the Cayman Islands, which offer stability and security.

Butterfield was founded in Bermuda in 1858. Since then, the bank has witnessed the Island become an international destination for wealth managers seeking a secure environment open to investment.

Today, Bermuda is one of the world’s most popular offshore investment hubs. The government has created a regulatory environment that is accommodating to international businesses, HNWIs and overseas investors. What’s more, investors benefit from a politically and economically stable jurisdiction where the risk of local market volatility is minimal.

At the moment, 2,150 funds are administered in Bermuda. On top of this, almost all of the leading US and European private equity groups have either domiciled structures in Bermuda or interests in Bermuda funds. This means that there is currently over $172.1 billion of total assets under management for funds. And excluding mutual funds, the current market capitalisation of the Bermuda Stock Exchange is approximately $400 billion.

Bermuda is well aware of its attractiveness as an offshore investment capital. As such, the government is regularly considering policies and reforms that will attract a new wave of investors and wealth managers to its shores. In June, the House of Assembly tabled new legislation which allows lawyers to more effectively promote Bermuda overseas. It is believed such legislation will help attract Hong Kong-based investors looking to offshore destinations.

Overall, it is a market to consider either as part of a short-term reallocation of wealth or long-term exit from the Hong Kong jurisdiction.

The Cayman Islands is another popular offshore investment destination. A leading domicile for investment funds, the Cayman Islands accommodates over 75% of the world’s offshore hedge funds and is estimated to account for around $1.1 trillion worth of assets under management.

One of the reasons investors and wealth managers look to the Cayman Islands has to do with its access to the European Single Market. On top of this, investors can pool and diversify their capital holdings while at the same time minimising their risk exposure by taking advantage of the full range of services available on the islands. Similar to Bermuda, those with offshore investments in this jurisdiction benefit from the territory’s tax-neutral framework.

Like Bermuda, the Cayman Islands also has final judicial recourse to the Privy Council in London. This is hugely advantageous for investors and wealth managers seeking jurisdictions that have a stable and predictable judicial system in place. Jurisdictions that actively promote transparency always prove to be leading destinations for investors, which is why wealth managers typically look to Cayman for offshore investment opportunities.

Preparing for the future

When it comes to wealth management, the challenge is preparing for future market movements. Above all else, wealth managers typically crave certainty so that they can plan with confidence. Applying this principle to Hong Kong, should the civil unrest completely subside, there is a good chance we will not see a repeat of the capital flight seen in 1997.

If Hong Kong fails to provide such assurances, however, those with assets based in this jurisdiction should consider alternative markets. This includes Singapore as well as viable offshore investment hubs like Bermuda and the Cayman Islands.