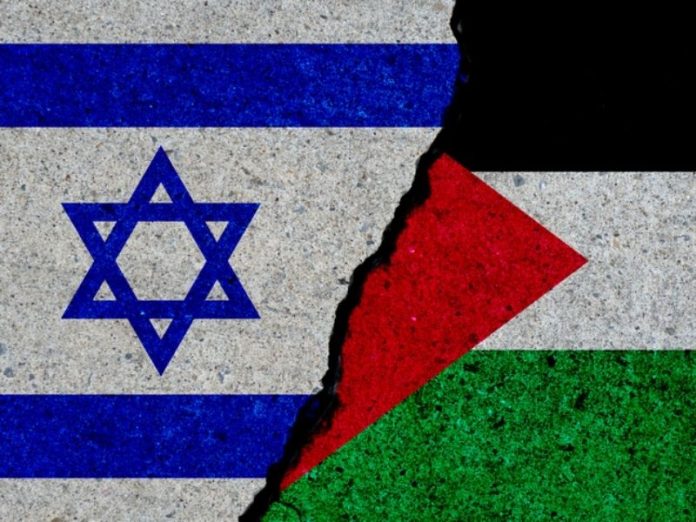 The intensified Israeli-Palestinian conflict in May should open our eyes to the failures of the international community to end this cycle of violence.

Getting China on board could help.

On May 17, Chinese State Councillor and Foreign Minister Wang Yi offered a four-point proposal for peace in the Israel-Palestine conflict.

This is not China’s first effort to broker peace in the region, with a similar move in 2014.

This year’s proposal calls for both parties “to immediately stop military and hostile actions”. This is in line with China’s neutral stance in the conflict over the years.

Although many have argued China’s attempt is not different to other actors who are trying to mediate the conflict, China could be a good mediator to end this conflict.

1. Neutral position and lack of aggression

The Israeli-Palestinian conflict has divided the world into two. There is the western world that supports Israel, with the US playing a dominant role, and the Muslim countries which support their brothers in Palestine.

The US, along with the Quartet, comprised of the EU, Russia, and the UN, has been trying to facilitate the Middle East peace process negotiations. However, they have largely failed because America’s disregard of other countries’ interests has made it difficult.

At the same time, the OIC, a group of 57 Muslim-majority countries that aim to be the “collective voice of the Muslim world”, has been known for its “weak and feeble” response to Israel’s brutal attacks on Palestine.

Although the Chinese will not be able to magically eliminate all hindrances standing in the way of peace negotiations, China may offer a different approach due to its neutral status over the conflict.

By virtue, Chinese neutral interactions with both the Arabs and the Israelis as well as their relationship with other major forces in the Middle East, like Hezbollah and Hamas, which the West declines to cooperate with, would seem to be capable of facilitating and injecting new vitality into the peace process.

China’s lack of aggression in the region is arguably another reason for Arabs to be optimistic about Beijing’s support for the Palestinians.

Unlike the Americans, the Chinese have never initiated a pre-emptive war in the region, and distinct from the European powers, China has never directly controlled territory in Southwest Asia.

Beijing also has no record of anti-Semitism that could obstruct its future relationship with Israel. This lack of any imperial or anti-Semitic history in the region could enable Beijing to offer itself as a new actor in Arab-Israeli affairs.

Another facet that makes China stand out is its lack of ideology regarding the Arab-Israeli conflict.

Chinese civil society simply does not have activists or lobbyists like the American Israel Public Affairs Committee (AIPAC) or similar political groups. These groups have used their power and influence to frustrate efforts by policymakers to hold Israel responsible for actions that breach international law and scuttle efforts for peace. Most significant of these is the continued construction of Israeli settlements in Palestinian territory.

Although in recent years, there have been efforts made by Israeli advocacy groups in Chinese academia to influence public opinion in China, it remains unlikely such initiatives will bear any tangible fruit in the near future.

China simply does not have to deal with the blowback of public opinion in taking up a peace initiative.

China is a global economic powerhouse.

This year alone China’s economy grew a record 18.3% in the first quarter of 2021 compared to the same quarter last year. It’s a considerable jump in gross domestic product (GDP) since China started keeping quarterly records in 1992.

China has significantly increased its economic footprint in the Middle East in the past decade, becoming the biggest trade partner and external investor for many countries in the region.

Its economic clout could give Beijing the means by which to effectively pressure the two sides to move forward towards a lasting solution.

Another aspect that would likely contribute to the success of China’s involvement in the Palestinian issue is the stability of its leadership.

Barring unexpected events, Xi Jinping will be the leader of the Chinese People’s Republic for life.

This is in sharp contrast to the efforts of the Americans at mediating the Arab-Israeli problem, where a new administration can completely change the subtleties on the ground.

History amply demonstrates this, with President Bill Clinton’s attempts at peace talks during the declining weeks of his administration largely set aside by his successor, George W. Bush.

Similarly, President Bush took up the Arab-Israeli peace process in his second term only to see President Barack Obama pursue a foreign policy that has been dominated by his embrace of the Arab Spring, and then to have his attention diverted by the continuing Syrian turmoil and potential conflict with Iran. And the same again with Donald Trump.

With the Chinese as a mediator, it would not be necessary to press the reset button with each change in government.

Muhammad Zulfikar Rakhmat is an academic at Universitas Islam Indonesia and is a research associate at Jakarta-based Institute for Development of Economics and Finance (INDEF).

His research focuses on China-Middle East-Indonesia relations and the implementation of Belt and Road Initiatives in the Middle East and Indonesia.

He completed his PhD on Belt and Road Initiatives in the Gulf at the University of Manchester in 2018.