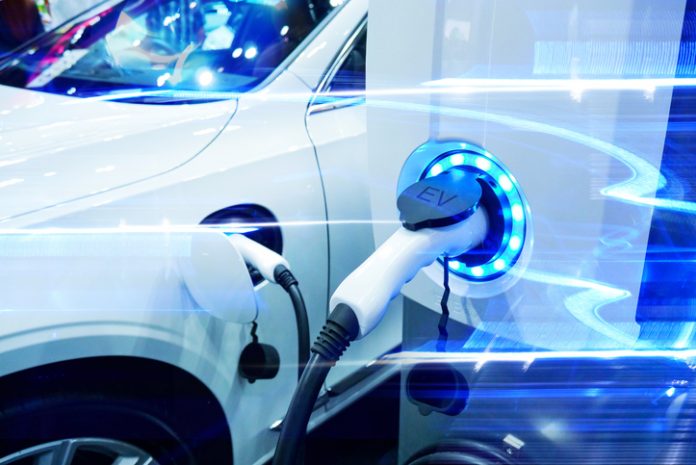 Despite the pandemic, global sales of electric vehicles (EVs) increased by 43% in 2020. Total EV sales in China were 1.3 million, an increase of 8% compared to 2019, and 41% of all EVs sold worldwide. Though Europe sold more than China for the first time since 2015, China is still the world’s biggest national market for EVs.

The best-selling EV in China is not Tesla’s Model 3, but the tiny Hongguang Mini EV, produced by SAIC-GM-Wuling Automobile, a joint venture between China’s state-owned SAIC Motor, US carmaker General Motors and another Chinese company, Wuling Motors.

This was quite a surprise, as Chinese consumers have traditionally preferred larger models with internal combustion engines. But our recent research on consumer preferences in China reveals significant market opportunities for EVs in small cities and how innovative business models could encourage even more people to ditch their fossil-fuelled cars.

EVs in big and small cities

China aims to reach a peak in its carbon emissions before 2030 and achieve carbon neutrality by 2060. Since 2009, the Chinese government has offered subsidies and tax waivers and built charging points to encourage EV buyers and manufacturers.

But those subsidies are now drying up. Finding out what Chinese motorists like in EVs could tell us what’s behind growth in the world’s largest national market, and whether it’s likely to continue or stall. This matters not only for China but the rest of the world. China has been the world’s largest emitter since 2006, and internal combustion engine cars are among the biggest sources of carbon emissions globally.

In a recent study, we found that most EV sales are made in China’s large cities – those with over five million residents, such as Shanghai and Beijing – largely due to the stronger policy incentives there. But consumers in small cities – each with fewer than a million residents – were the most keen to drive EVs.

In these small cities, drivers tend to enjoy shorter commutes and so have less pressure on their time and living costs. People there tend to care more about how well the vehicle works and the environmental benefits of EVs. Prior research revealed that these consumers are less likely to buy an EV if it’s the more expensive option. This might explain why Hongguang’s Mini EV – with its limited range and relatively cheap price – originated in Liuzhou of Guangxi province, a small city in the south-west of China.

Larger cities in China commonly implement car plate lotteries that limit the number of petrol cars licensed each year. The lottery winning rate is smaller than 1%, about 0.0039% in Beijing, so motorists here have no choice but to switch to EVs. Our findings suggest that the Chinese government’s focus on getting people to drive EVs in larger cities may be misplaced.

Smaller Chinese cities demonstrate a desire for cheap, electrified mobility that could be satisfied there and across the world, particularly the burgeoning towns and cities of the developing world. In short, the future of EVs may look very different to the luxury Tesla cars currently attracting the most attention.

To get more people driving EVs, manufacturers have tried new business models in the Chinese market, such as battery leasing plans. The battery is one of the most expensive components of an EV and this scheme allows consumers to buy the vehicle’s body, then lease the battery on a monthly basis.

Our second study showed that the battery leasing model will probably broaden the appeal of EVs by appealing to people currently put off by the price.

Some EV companies which have introduced battery-leasing models have also offered a service where drivers can replace their empty batteries with a fully charged one at a service station – a much faster transaction than recharging.

We found that it didn’t matter to drivers whether they rented their battery or completely owned the car. Consumers were ready to accept the battery-leasing model because that and battery swapping services help remove two barriers to buying EVs simultaneously: the premium price and long charging wait times.

Separating EV bodies and batteries can even make driving them more sustainable. When the batteries can no longer sustain long-distance driving, they can be reconfigured for a second life in grid-connected storage and electrical tools. At the same time, the owners can continue using the EV bodies without needing to renew the batteries or scrap their vehicles.

Our research also looked at EV sharing schemes, such as EV-Card, in which people can just hop in a vacant EV and drive it if they join a membership scheme. They’re charged for using the EV by the minute. Low-income households were most likely to use this service, potentially making it an effective way of broadening their appeal.

Collectively, a picture emerges of promising ways to deliver the decarbonisation of urban mobility – in China and around the world. Rather than subsidising wealthier consumers in megacities to switch to an EV, a more promising strategy may be to focus on novel forms of access to EVs in China’s – and the world’s – smaller and less wealthy cities.

David Tyfield is a Professor in Sustainable Transitions and Political Economy, Lancaster University. His research focuses on the complex systems of processes of knowledge production and their interaction with issues of global cultural political economy, especially regarding critical analysis of the emergence of a globalised “knowledge-based” economy, climate change and the rise of China.

Dr. Lixian Qian is an Associate Professor in marketing and innovation at International Business School Suzhou (IBSS) of Xi’an Jiaotong-Liverpool University (XJTLU). He graduated from Lancaster University (UK) with PhD in Management Science (Marketing Analytics). He received his B.Sc. and M.Sc. degrees with distinctions from Fudan University (China). He had rich industrial experience in Global Fortune 500 companies (Intel Corporation and Emerson Electric) prior to his PhD.