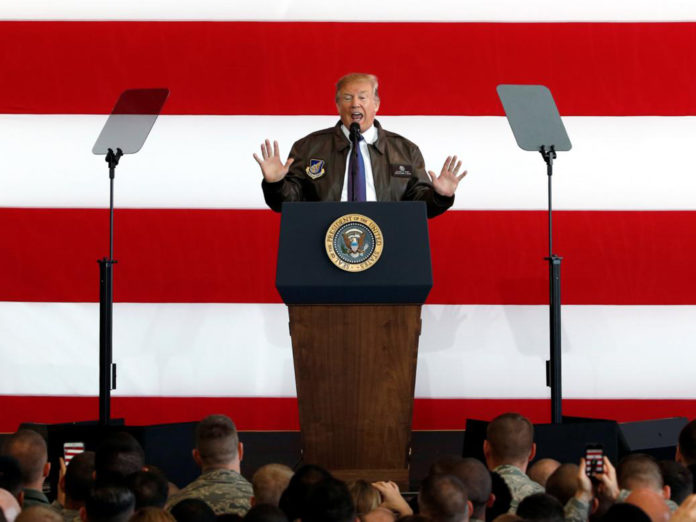 Trump’s critics claim he lacks a comprehensive approach to Asia. In reality, his current approach is aligned with moderate “America First” goals. But what did Trump really achieve in Asia?

If President Obama’s pivot was based on multilateral trade agreements, which were mainly geopolitical and predicated on exclusionary politics against China, Trump’s interest is in bilateral trade deals, which are fuelled by US exports, foreign investments in US jobs and foreign purchases of American military weaponry.

That’s what Trump was after in the gruelling 12-day Asia tour.

Outside of North America, Japan is America’s third-largest export market and second-largest source of imports. Japanese firms are the second-largest source of foreign direct investment (FDI) in the US, and Japanese investors are the largest foreign holders of US treasuries. After Trump withdrew from the Trans-Pacific Partnership (TPP), the White House’s focus has been on a redefined bilateral trade deal with Japan that would also include significant arms deals.

Abe pursues controversial strategic initiatives, including re-militarisation, the US-style security legislation, and re-nuclearisation. However, the share of Japanese trade covered by free trade deals or economic partnership agreements remains less than a third now (and would only rise to 34% even with the EU deal), which is half of that of South Korea (68%). Also, Japan lacks deals with its largest trade partners, China and the US, as well as India.

With his quest for a bilateral trade deal with Japan, Trump wants more US exports and arms sales to Tokyo, and Japan’s military buys from Pentagon. Abe seeks a trade deal to assist support structural reforms at home and US security assurances against China.

Since the 1950s, the Mutual Defense Treaty has allowed the US to dominate South Korea’s defence. However, after the Park impeachment, South Korea opted for a strategic U-turn in economy and strategic relations. Elected in May 2017, President Moon Jae-in supports the US anti-missile system (THAAD) and sanctions against North Korea, but only as long as it may bring Pyongyang to the negotiating table.

During his visit, Trump offered strategic security assurances in return for deals that would generate more jobs in the US and reduce the bilateral trade deficit. South Korea is likely to purchase advanced strategic assets, including nuclear-powered submarines and reconnaissance assets.