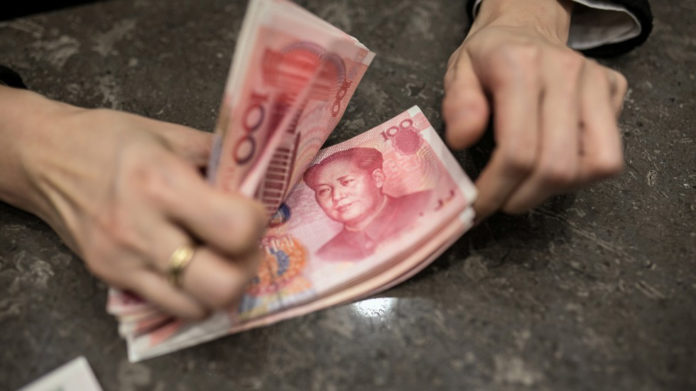 Globalisation is the demise of humanity. That being said, if we want peace, solidarity, harmonious cohabitation, justice and equality – we have to defeat globalisation. And to be able to defeat it, countries who strive to take back autonomy and sovereignty may want to move away from the oppressive fist of the west.

BREXIT offers Europe and the world a formidable opportunity to break loose from the rigged, dollar-based fiat monetary system. BREXIT opens the door for other European Union (EU) nations to do likewise. Different polls indicate that between 60% and 80% of all EU citizens are fed up with the corrupt EU, wanting to leave. In France, whose Mr. Hollande has reached the attribute of least popular President of all times and who is openly called a traitor of the people, a recent survey says more than 85% of the French are against the EU.

Europeans are also worried about the gradual but steady integration of the EU with NATO. A militarisation of Europe with a US-led war machine moving ever closer towards Moscow is a strong and present danger for WWIII – meaning Europe may become again the theatre of war and destruction the third time in 100 years. Encircling China with two thirds of the US Navy fleet in the South China Sea, provoking territorial conflicts via the Philippines, a former colony and a US vassal; and presenting a constant menace with uncountable military bases in the area, all the way to Australia, are no signs of peaceful cooperation by Washington.

Bringing down the EU would break up the Euro and may also break up NATO. This, of course, is non-coherent with Washington’s hold on power over Europe and aggression against Russia. Breaking up the EU would also annihilate the secretly negotiated nefarious TTIP (Transatlantic Trade and Investment Partnership) turn Europe into US corporate-finance slavehood. As usual with US-imposed trade agreements, the TTIP would tilt the balance of benefits heavily in favour of Washington and its corporate-finance masters. It would superimpose private courts upon sovereign nations’ legal system to arbitrate on behalf of corporations and financial institutions for foregone profit, in case EU nations might dare introducing profit hindering legislation, for example for environmental protection, food safety and social wellbeing.

And last but not least, bringing down the Euro would seriously jeopardise the hegemony of the US dollar, as the two currencies are really one coin with two faces, one governing Europe, the other the world – except for China and Russia; two very important exceptions.

Different polls indicate that between 60% and 80% of all EU citizens are fed up with the corrupt EU, wanting to leave.

In the western economic system, the US currency means everything for the US empire to fully dominate the world, its resources, people and finances. The US dollar has been created for this purpose. And so has the European Union and her single currency, the Euro. They are not the product of Europe, they are the deceitful construct of the CIA, a process begun shortly after WWII. In 1946 Winston Churchill proclaimed, [we must] re-create the European family, or as much of it as we can, and to provide it with a structure under which it can dwell in peace, in safety and in freedom. We must build a kind of United States of Europe.” He was then as Cameron and his successor, Theresa May, are today a mouthpiece for the United States, expressing Washington’s ideas as a Trojan horse in Europe.

Peter Koenig is an economist, and water resources and environmental specialist. He has worked for over 30 years with the World Bank, the World Health Organization, and the Swiss Development Cooperation, in Africa, Middle East, Eastern Europe and Central Asia, East and South East Asia and Latin America. Peter is also a geopolitical analyst for Global Research, Information Clearing House, RT, PressTV, Sputnik, TeleSUR and The 4th Media, China. He is the author of Implosion – An Economic Thriller about War, Environmental Destruction and Corporate Greed – fiction based on 30 years of World Bank experience around the globe. He is a co-author of The World Order and Revolution! – Essays from the Resistance.