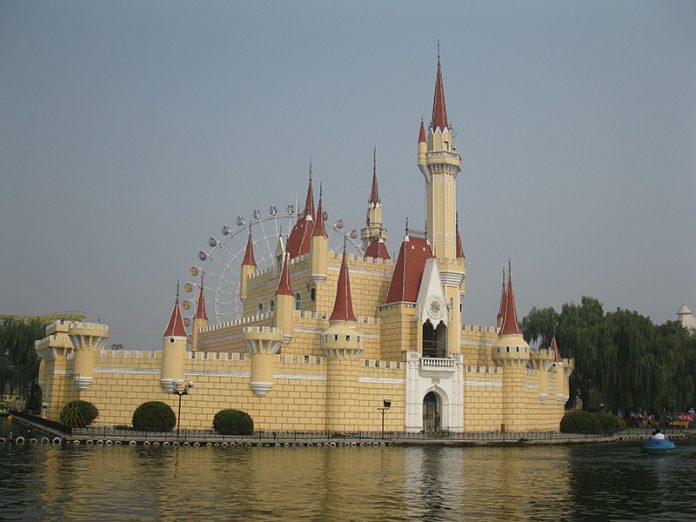 Against odds, theme parks are expanding in China, thanks to rising disposable income, investor confidence, and long-term opportunities.

On September 1, Universal Beijing Resort, the largest of its kind in the world, will start its trial run. It is the most recent international chain in China’s thriving theme park industry.

Over 2008 to 2017, total theme park attendance increased at 13 percent annually. Today there are more than 200 theme parks in the Chinese mainland and their numbers continue to increase.

In an era of misguided global divisions, the impressive rise of theme parks in China shows the brighter promise of foreign investment and Sino-American cooperation.

In the past, theme parks were still concentrated in coastal areas of South-East China, thanks to greater economic prosperity, advanced development, megacities of 10-20 million people, and relatively mild climate.

With every third major theme park in East China, the initial offerings of the parks were still relatively undifferentiated. Nonetheless, big-city parks relied mainly on international intellectual properties, according to infrastructure advisory AECOM.

The period was marked by the first expansion wave of the international theme parks, which climaxed with the opening of the Shanghai Disney Resort in June 2016. It was the dream of Disney chairman (then CEO) Bob Iger who had invested $5.5 billion and 17 years into the project.

During its first year of operation, Shanghai was already fueling a good chunk of Disney earnings growth. With over 11 million visitors, about half of which came from outside Shanghai, it was on pace to be the most profitable Disney Park globally.

At the time, Disney’s impressive performance was carefully scrutinized by other international giants eager to join in China’s theme park economy, including the US Universal and the British Merlin Entertainment, famous for its Legoland Parks.

Today, the second wave of theme-park expansion is on its way. The capital invested for theme park projects in the first half of the 2020s could climb to $20 billion.

“Chinese people are confident in the country, confident in the controls,” Tom Mehrmann, president of Universal Beijing Resort said a year ago. With the strong domestic travel industry, Universal saw a great opportunity, despite the pandemics. The Beijing Resort will be the company’s fifth park in the world. In turn, Merlin’s Legoland Shanghai is scheduled to open in early 2024, followed by Legoland Beijing.

Internationally, Shanghai Disneyland enjoys great brand recognition. Yet, it had less than 6 percent of the market in 2018. The three dominant Chinese operators – OCT, Fantawild Holdings and Chimelong – held a combined 58 percent share of the market, according to Tianfeng Securities in March.

Last year, as in previous years, 12 new theme parks were launched in China, despite the pandemic, construction disruptions, and social distancing restrictions.

At the same time, the theme-park economy is spreading from the megacities in the coastal regions. Most new parks are centered in emerging first-tier cities, including Nanjing and Zhengzhou, which have a population of 8-10 million people.

As competition is intensifying, local brands tend to be more popular in smaller cities with increased use of storytelling and a focus on local conditions, history, and legends.

China’s theme park attendance could reach 70%-80% of pre-pandemic levels this year. However, analysts expect it to take another two years before the number of park goers returns to 2019 levels.

In the global theme park industry, the long-term trend line is clear. While the parks are stagnating in the high-income West, the quest for new markets is pivoting to emerging Asia.

Before the pandemic, North American parks were advancing at a modest 1.0%. Europe was relatively flat, and so were Latin American parks. Instead, Asia’s top parks expanded at roughly 2.0%, whereas China’s performance was far stronger, with OCT, Chimelong, and Fantawild reporting high single- or double-digit increases.

In China, the per capita visitation to theme parks in China was 0.13 in 2017 and projected to rise to 0.16 by 2020. In the US, the per capita attendance is estimated at 0.65. While the level is higher in high-income economies, the difference suggests that the marketplace is far from saturated in the Chinese mainland.

In early 2021, President Xi Jinping declared the completion of the goal of building China into “a moderately prosperous society in all respects.”

As the middle-income group continues to expand in China and transportation systems improve, rising disposable income virtually ensures that demand for leisure and theme parks will continue to expand.

The original op-ed was published by China Daily on September 1, 2021