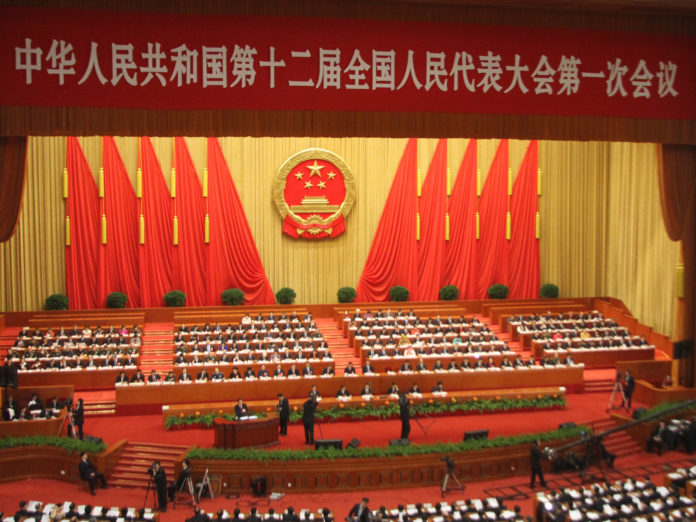 China’s new growth target of 6.5-7% will ensure more flexibility amid deceleration at home and stagnation in the West. It is a balancing act between reforms and deleveraging.

Last Thursday marked the opening of China’s annual “Two Sessions”, or the annual plenary meetings of the mainland’s top legislative and consultative bodies. These meetings offer an opportunity to observe China’s economic and political trends, including the 13th five-year plan, poverty alleviation and charity law, supply-side reform and reform of the judicial system, the One Belt One Road initiative, green development, and the anti-corruption struggle.

Yet, public spotlight remains on China’s new range target of 6.5-7 percent for 2016. Typically, it has given rise to two misguided interpretations. One focusses on China’s domestic economy, another on China’s role in the world economy.

The first misreading implies that the new range target is the direct result of China’s economic slowdown. In reality, the range target is not unique. It was used in 1995 and, in the past two years, growth targets have been preceded with the word “about”. In other words, since the global crisis of 2008-9, the growth target has been regarded more as a flexible guideline.

In 2015, China’s economy grew by 6.9 percent. Internationally, the performance was portrayed as the “slowest in 25 years”. And yet – as I have shown before – the deceleration signals the eclipse of the mainland’s industrialisation. China’s slower growth is consistent with its post-industrial era.

In the past few years, Prime Minister Li has pushed structural reforms to support a medium-term rebalancing toward consumption and innovation. He has shunned another huge stimulus, which would contribute to government debt, favouring targeted fiscal measures. Finally, he has promoted gradual deleveraging to reduce local government debt, which accumulated after the 2009 stimulus.

The new range target does not undermine these priorities. On the contrary, it ensures greater flexibility in implementation – and that’s vital amid increasing international uncertainty.

Dr. Dan Steinbock is the founder of Difference Group and has served as Research Director at the India, China and America Institute (USA) and Visiting Fellow at the Shanghai Institutes for International Studies (China) and the EU Centre (Singapore). For more, see www.differencegroup.net

COVID: China Is Developing Its Own mRNA Vaccine – And It’s...