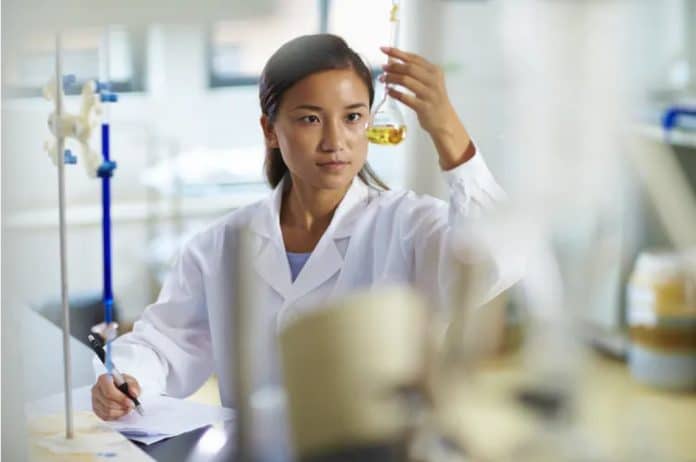 A critical foreign policy challenge for a post-Brexit UK is its relationship with China – and a key pillar of this relationship is Britain’s higher education and research sector.

Our new research demonstrates just how important the sector is for UK-China ties. Education was the UK’s largest service export in 2018 and in 2019, one in every nine UK academic papers involved collaboration between British and Chinese researchers. China has had a rapid rise among the rankings of the UK’s research partners – going from ninth to second place in less than a decade. China is now challenging the US for the number one spot, raising pressing questions for policymakers at a time of rising geopolitical tensions.

In the context of these tensions and domestic concerns over China’s role in the global economy, it is vital for policymakers and leaders in higher education to understand the depth of the sector’s relationship with China – the risks it creates, and the rewards it offers.

The study was led by former universities minister Jo Johnson, and published by the Policy Institute at King’s College London and the Harvard Kennedy School. It maps the UK-China relationship in terms of the flow of students between the two countries and collaboration on research, examining how this may be affected by China’s emergence as a global research and education superpower.

Join our readers who subscribe to free evidence-based news

Our goal in producing the report was to provide new data and analysis, in a policy space often characterised by a lack of robust evidence, to help policymakers deal with the highly complex trade-offs of working with China in this area.

Most of the focus in public commentary and political debate has (justifiably) focused on the implications of high numbers of Chinese students in the UK. But the most significant findings of our research concerned the extent to which UK research output is intertwined with that of China.

We found that collaboration on peer-reviewed academic papers between China and the UK has increased from less than 100 co-authored papers in 1990, to 16,267 papers in 2019. This amounts to about 11% of UK output. For comparison, US and German co-authorship is around 19% and 10.5% respectively. These trends reflect a broader shift in R&D, according to which critical intellectual property is rarely now wholly owned by any one country or institution and is more likely to be shared.

We also emphasise how a substantial proportion of this deep collaboration in research takes place in areas of strategically important areas. Examples include telecommunications, nanotechnology and biochemistry, all of which are likely to produce new, economically beneficial –– or potentially disruptive – technologies, products and services.

It is widely known that China is the UK’s single biggest provider of overseas students, making 35% of the overall number of non-EU students in the UK, across all levels of study in 2018/19.

Public debate tends to focus on the risks associated with this level of student in-flow, from concerns over Chinese state infiltration and freedom of speech to worries that Chinese students “crowd-out” domestic students.

But our research sought to quantify its benefits. The UK’s Higher Education Policy Institute (HEPI) estimates that a typical non-EU student’s overall contribution to the UK economy was £102,000, based on 2015/16 prices (£115,640 at today’s prices).

Using HEPI’s model, which was developed by London Economics, and adjusting for inflation, our research estimated that the net value of UK HE exports from hosting full-time Chinese students was approximately £3.7 billion in 2019. The overall export value of education to China, including part-time students from China in the UK, Chinese students at UK private schools and UK private schools operating in China, is likely to be far higher.

While concerns over the UK’s reliance on Chinese or overseas students cannot be overlooked, this analysis shows that any attempt to curb overseas students numbers, from China or elsewhere, must be cognisant of the economic cost of doing so. As China develops its own capacity as an education and research powerhouse by growing its domestic education base, the UK must continue to adapt to remain an attractive destination.

The benefits of international student mobility from China, and collaboration with Chinese institutions in scientific domains related to climate change and the achievement of the Sustainable Development Goals, are substantial.

But as geopolitical tensions mount, the risk of a backlash is becoming increasingly real. Disorderly disengagement would damage the UK university system, with significant costs for tertiary education and the performance of the UK knowledge economy. A tension will always exist between the benefits and risks of collaboration.

Given the evident benefits of working with China and the clear value of people-to-people links created through international study, severing ties would be unwise. Instead, the UK must manage and mitigate the risks that come with these close ties – whether real or perceived.

Our report makes several recommendations for the UK government. These include reaffirming that there are no plans to introduce caps on the numbers of international students. Government must also ensure appropriate monitoring of the associated risks and the plans of individual institutions to mitigate those risks, including through recruitment diversification strategies.

This article was originally published in The Convesation on 15 March 2021. It can be accessed here: https://theconversation.com/china-uk-new-report-reveals-massive-increase-in-research-collaboration-and-dependence-on-chinese-students-157010

Vivienne Moxham-Hall is a Research Associate at the Policy Institute interested in public health policy, drug policy, equity and diversity. She has experience working across government, NGO and academic sectors, as a Policy Officer the NSW state government health department, as Vice President of the Australian Drug Law Reform Foundation, and as a Board Director for the University of Sydney Union and Australian think tank Australia21.

Dr Niall Sreenan is a researcher and ESRC Impact Acceleration Account (IAA) Manager at the Policy Institute at King’s, with broad responsibility for supporting the impact of social science research across all faculties at King’s.

Parents and Screen Time: Are You A ‘Contract Maker’ or an ‘Access Denier’ with Your Child?