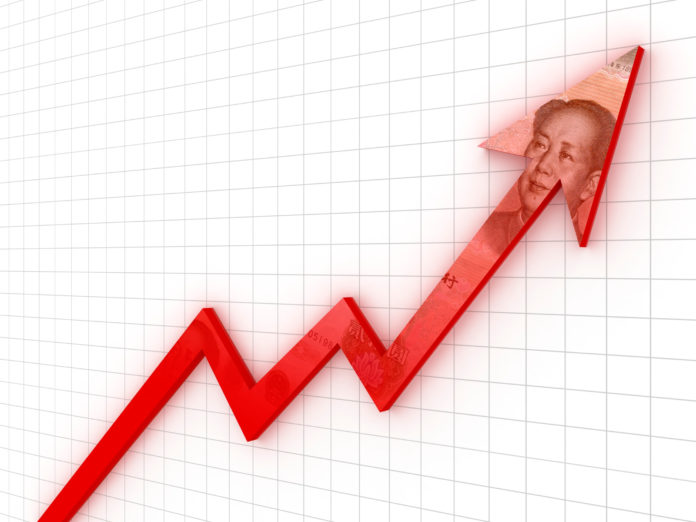 Although the economic and social evolution of China in the last three decades has been remarkable, there are certain challenges that the country must face to achieve balanced growth. Below, Miguel A. Ariño and Mª Luisa Blazquez explore the recent evolution of China and discuss the economic and social challenges that the country will encounter in the race to become the leading economy of the world.

China is regarded by Western countries with a mix of surprise, hesitation and awe. It is undoubtedly surprising that in just three decades a country may evolve from underdevelopment and widespread poverty to becoming the second largest economy in the world, and stands to threaten the leadership position of the United States in the near future. However, the difficulties of achieving balanced growth in an economy of such a size also raises some doubts. Our thesis is that despite certain challenges, the future of the Chinese economy is more promising than worrying.

In 1978 under the leadership of Deng Xiaoping China began a process of moderate economic liberalisation. Four Special Economic Zones (SEZs) were developed as a test in Guangdong and Fujian provinces, where the Chinese government facilitated the entry of foreign investments relaxing some economic controls. Four years later both provinces concentrated 70% of foreign investment in China. Given its success, the Chinese government extended to 14 the Special Economic Zones. Since 1992 this process has been strongly promoted. The development of the Chinese economy in the last three decades has been spectacular: in 1980 China, with 22% of the world population, accounted for only 2% of the world economy; three decades later China represents around 10% of the world economy. Furthermore, China’s per capita income has increased by a factor of x21 during this period, compared to x4 in industrialised countries. In 1980, foreign investment in China was 110 million dollars. By 1992, the figure had increased to eleven billion dollars and it has continued growing as the government has followed a progressive and controlled liberalisation of China’s economy, currently reaching more than one hundred billion dollars.[ppw id=”82582200″ description=”” price=”0″]

China’s growth in recent decades has been around 12% in years of global economic expansion and 8% when the global economy has experienced difficulties, implying a sustained average growth rate of 10%. This exemplifies China´s ability to grow even in times of economic hardship, perhaps at lower rates, but still at a good pace.

The issue here is how will China be able to maintain this growth in the coming decades. The country currently meets the conditions for long-term economic growth. First, the government is committed to economic development and is creating the conditions to facilitate and promote it. There is also a managerial class ready to seize every opportunity presented by the new economic scenario. But these two conditions, though necessary, might not be sufficient to sustain a prominent position in the world economy.

In the last three decades, China’s economic activity has been focused on exports, being the country traditionally considered the factory of the world. This increased the Chinese economy dependence from external demand, so that it loses steam in times of global slowdown, although growth still exceeds 7%. To become more robust, the Chinese economy has needed to boost domestic consumption, transforming part of its export-oriented economy into a market-oriented one. As more and more Chinese access higher economic levels, the transformation becomes easier.

As long as the government remains committed to economic growth, as it seems it will in the coming decades, and citizens believe that social and economic prosperity can be achieved through hard work, we expect this growth to continue. China’s main asset is its almost 1,400 million people willing to progress socially and economically. In 1978 China’s per capita income was 48 euros, and now exceeds 4,000 euros,1 but getting so many millions of people to reach the per capita income of developed countries might take many decades.

In this upgrading process, China needs to avoid the “middle-income trap”. According to a report published by the World Bank,2 many countries have gone from low income to middle-income, based on low cost labor and switching labor and capital from agriculture to manufacturing. Once there, however, most countries fail to go one step further, and reach the high-income level, by increasing productivity and innovation. China has clearly evolved through this path.

Years ago, growth in the Chinese economy was based on labor-intensive and low-value-added manufacturing. This kind of work has slowly shifted to less developed countries around China, such as Cambodia. Meanwhile, China has shifted to a more technological and value added manufacturing. In fact, by the mid 90s, 50% of Chinese industrial production was in labor intensive activities, while 20% were capital intensive and the remaining 30% were technology intensive. Currently, labor intensive activity is just about 30%, capital intensive occupies 30% while the technology-intensive production is 40%.

China belongs to the Efficiency-driven  group of countries. It has ranked 29 out of 148 countries in the 2013-2014 Global Competitiveness Report. If compared with the other countries in its group, China outperforms the average of them in all categories measured by the WEF (Institutions, Infrastructure, Macroeconomic Environment, Health and primary education, Higher education and training, efficiency in the Goods, Labor and Financial markets, Technological readiness, Market size, Business sophistication and Innovation).

However, China might want to compare itself with the group of high-income level, and see what it needs to improve to get there, if anything. If we conduct that exercise, as seen in Figure 1, China outperforms the average of the innovation driven countries in terms of macroeconomic environment, as many of them are suffering important economic crisis, and of course it stands out in market share. China matches the innovation group in labor market efficiency and financial market development, as well as in health and primary education. In fact, China has recently been ranked first in the last PISA report (2013), indication of the high quality of its primary education. However, it must be noted that the test has only been conducted in Shanghai, what might not be indicative of the overall educational level across the country, especially if we take into account the rural areas. There is, however, a significant gap with more developed countries as we evolve to higher education and training, where China suffers from low enrollment in secondary and tertiary education (ranks 90 and 83 out of 148). The comparison is also somehow unfavorable with regards to the goods market, especially due to high tax rates and tariffs (131 and 123 of the ranking). But overall, the most significant difference with the innovation group is on Technological readiness. China ranks 85 on this pillar, mostly due to a low penetration of Internet and availability of latest technologies. This might not be the case in the coastal areas, but it happens in the interior of the country, where general infrastructure also needs to be developed.

These areas that need to be developed to fill in the gap with the Innovation countries can be related to another of the challenges facing the Chinese economy: moving the economic development of the East Coast to the western provinces. During the past decade, 85% of industrial production was concentrated in the regions of the East Coast, while the central and western regions accounted for only 10% and 5% respectively, thus reflecting the unbalanced growth in the different areas of the country. In fact, the GDP per capita in the municipalities of Shanghai and Beijing is around $13.000, while in the provinces of Guizhou and Yunnan it is just 2,600 and 3,000 dollars respectively. To achieve greater economic balance in the different provinces of the country, the government is making notable efforts in promoting infrastructure and establishing Special Economic Zones throughout the territory. There are nowadays more than 200 SEZs in China, and although most of them still concentrate on the coastal region, many of them are also located in the West. These SEZs account for nearly 70% of the Chinese GDP and nearly 90% of its exports.

With regards to population growth, the north and interior also lead when compared to the east coast. For example, the city of Zhengzhou, in the central Henan province, with nearly 9 million inhabitants had an average growth of 9,4% from 2000 to 2010. Chang-Zhu-Tan, in the interior province of Hunan, doubled its population during this period, whereas the average growth of the government controlled population in China was 0,57%. Besides, the growing cities in inland China have a younger population: in Zhengzhou, it is expected that 32% of the population will be younger than 30 in 2020 and in Shanghai 17% of the population will be older than 65.

This upgrade and balanced growth will require huge investments in inland China in infrastructure, education and technological readiness, the areas in which China underperforms when compared with more developed countries. It is definitely a significant challenge, but with government commitment and people’s willingness to prosper, we have no doubt that it will happen. The fact that China achieves it through a one party state and that it might lead the world economy raises an interesting and yet complex debate that goes beyond the purpose of this article.

1. Given that about 8 yuan equal one euro.

Miguel A. Ariño is Professor of Decision Sciences at IESE Business School.

Mª Luisa Blazquez is a Researcher in the International Center for Competitiveness at IESE Business School.

The Contradictions of the “Biden Doctrine”: From China Friction and Military Overreach to US Debt Crises