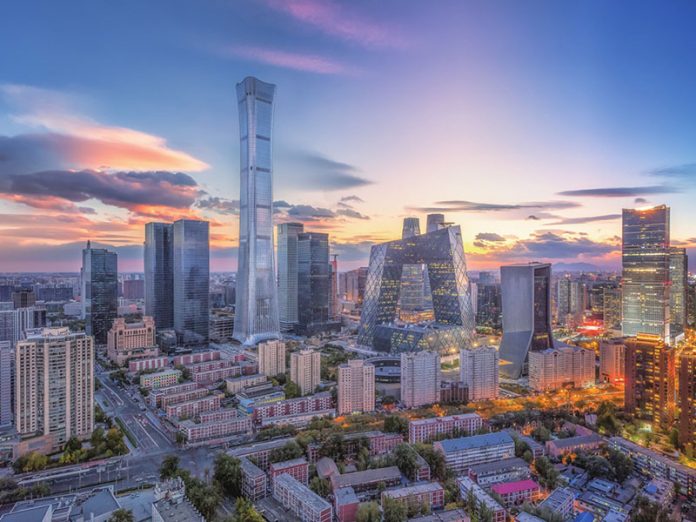 China’s currently ongoing (4-11 March 2021) annual parliamentary meeting, known as the “Two Sessions”, the Chinese People’s Political Consultative Conference (CPPCC) and the National People’s Congress (NPC), may be the most important of such meetings in recent years. The event is also celebrating the 100th Anniversary of the Communist Party of China (CPC).

The conference will define China’s internal and external development strategies, as well as her future role on the world stage. China is the only major economy that has mastered the covid-induced economic crisis, ending 2020 with a 2.3% growth. Compare this with economic declines way into the red for the US and Europe, of 25% to 35%, and 10% to 15%, respectively.

These figures may only be indicative. The bulk of the economic fallout from western governments’ mishandling of the covid crisis, i. e. bankruptcies, trade disruption, unemployment and housing foreclosures – a massive slide into poverty – may only be registered in 2021 and beyond.

The greed-driven capitalist system has already plunged tens of millions of westerners – and perhaps hundreds of millions in the Global South – into destitution.

What China decides, at the “Two Sessions” Conference will undoubtedly have an impact on the entire world – in the medium-term (2025) as well as long-term (2035) – and beyond. China’s socialism “with Chinese characteristics” will be an influence for peace, justice and equality, as well as for a multi-polar world.

China’s thousands of years of cultural history and the ensuing Tao-philosophy of non-aggression and conflict avoidance, of a societal spirit of endless creation, as well as long-term thinking, contrasts radically with western conflict and instant-profit seeking.

The summit is addressing ambitious but attainable 2035 targets, including a 6%-plus growth in the foreseeable future; reduction of unemployment with urban focus; continued food self-sufficiency and environmental improvement targets, a gigantic 18% CO2 reduction, largely through a significant drop in energy consumption (13.5%) per unit of GDP – and this with a projected higher than 6% annual economic output. Environmental improvement and protection targets are way above any environmental objectives of western countries.

Economy – Western China bashing with related sanctions, trade and currency wars, may continue also under the Biden Administration – because US / European policies on dealing with China – and Russia for that matter – are made well above the White House and Brussels.

Rapid dedollarization may be an effective way to stem against the western “sanctions culture”. China may soon roll out her new digital Renminbi (RMB) or yuan, internationally, as legal tender for inter-country payments and transfers, and as an international reserve currency.

Reduce demand for US-dollars may incite worldwide investments in the new digital RMB.

Detaching from western dependence, China is focusing trade development and cooperation on her ASEAN partners. In November 2020 China signed a free trade agreement with the ten ASEAN nations, plus Japan, South Korea, Australia and New Zealand, altogether 15 countries, including China.

The Regional Comprehensive Economic Partnership, or RCEP, covers some 2.2 billion people, commanding some 30% of the world’s GDP. This agreement is a first in size, value and tenor – worldwide.

China, Russia, as well as the Central Asia Economic Union (CAEU) and the Shanghai Cooperation Organization (SCO), are likewise integrated into the eastern trade block.

RCEP’s trade deals will be carried out in local currencies and in yuan – no US dollars. The RCEP is, therefore, also an instrument for dedollarizing, primarily in the Asia-Pacific Region, and gradually moving across the globe.

Defense – China provides the west’s main supply chain, from medical goods to electronic equipment to almost every sector important to humanity. Yet, western political interference in China’s internal affairs, like in Hong Kong, Taiwan, Xinjiang Uygur Autonomous Region and Tibet, are endless. Overcoming these aggressions and threats of armed conflicts, is part of China’s forward-looking plan and defense strategy.

Mr. Wang Yi, China’s Minister of Foreign Affairs, recently warned the White House to stop meddling in China’s internal affairs; that reunification with Taiwan is a historic tendency and was the collective wish of the Chinese people. He added, this trend cannot be reversed.

As a forerunner to China’s CPPCC Summit, in his address to the virtual World Economic Forum (WEF) on 25 January 2021, President Xi Jinping stated that China’s agenda was to move forward in the World of Great Change, with her renewed policy of multilateralism, aiming for a multi-polar world, where nations would be treated as equals.

China will continue to vouch for strong macroeconomic growth with focus on internal development which, in turn, will stimulate and contribute to international trade and investments. – China pledges assistance for those that are suffering the most during this pandemic-induced crisis.

President Xi emphasized, there was no place in this world for large countries dominating smaller ones, or for economic threats and sanctions, nor for economic isolation. China is pursuing a global free trade economy. BUT – and this is important when talking of “globalism” – respect for political and fiscal sovereignty of nations, is a MUST.

China is pursuing a global free trade economy. BUT – and this is important when talking of “globalism” respect for political and fiscal sovereignty of nations, is a MUST.

On a global scale, President Xi’s Belt and Road Initiative (BRI) embraces currently more than 130 countries and over 30 international organizations, including 18 countries of the European Union. BRI offers the world participation – no coercion. The attraction and philosophy behind BRI, is shared benefits – the concept of win-win. BRI may be the road to socioeconomic recovery from covid-devastation and cross-border cooperation for participating countries.

China’s achievements in her 71 years of revolution are unmatched by any nation in recent history. From a country largely ruined by western colonization and conflicts, China rose from the ashes, by not only lifting 800 million people out of poverty, becoming food, health and education self-sufficient, but to become the world’s second largest economy today; or, if measured by purchasing power parity (PPP), since 2017 the world’s largest econmy. China is poised to surpass the US by 2025 in absolute terms.

On 4 March, Robert F. Kennedy Jr. (Children’s Health Defense), asked the pertinent question, “Can We Forge a New Era of Humanity Before It’s Too Late?” – His answer is simple but lucid: “Unless we move from a civilization based on wealth accumulation to a life-affirming, ecological civilization, we will continue accelerating towards global catastrophe.”

This understanding is also at the forefront of China’s vision for the next 5 and 15 years – and beyond. A China-internal objective is an equitable development to well-being for all; and on a world-scale, a community with shared benefits for all.

Peter Koenig is a geopolitical analyst and a former Senior Economist at the World Bank and the World Health Organization (WHO), where he has worked for over 30 years on water and environment around the world. He lectures at universities in the US, Europe and South America. He writes regularly for online journals and is the author of Implosion – An Economic Thriller about War, Environmental Destruction and Corporate Greed; and co-author of Cynthia McKinney’s book “When China Sneezes: From the Coronavirus Lockdown to the Global Politico-Economic Crisis” (Clarity Press – November 1, 2020). Peter Koenig is a Research Associate of the Centre for Research on Globalization.