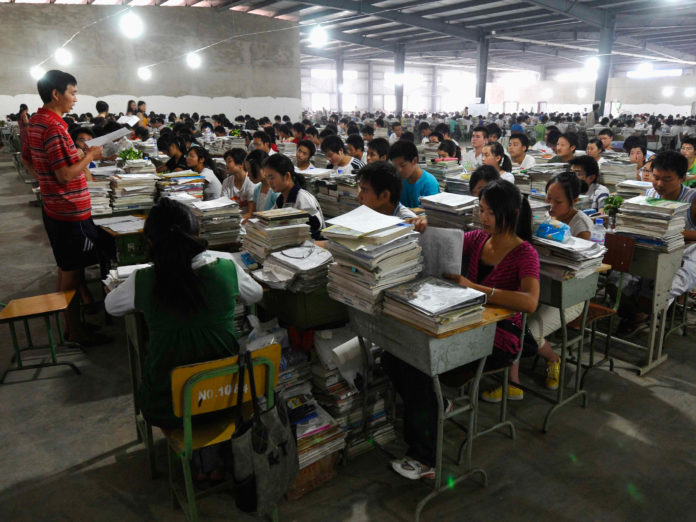 There has been an increase in debates regarding the Chinese education system’s inequality over the past years, relating it generally to China’s social inequality. This article discusses how the Chinese government’s educational policies can help develop a socially just system in China.

At the turn of the 21st century China was proud of two achievements in education policy: the universalisation of nine year compulsory education; and the so-called massification of higher education. The latter saw an increase in the enrolment ratio from only 3.4% in 1990 to over 20% by 2005. In recent years there has been an increasing debate about inequality in education and its relationship with social inequality in China more generally. Why does this matter to the Chinese public, media and policy makers, given the impressive achievements in general provision we have noted? The issue should be seen in the context of the emergence in China of a discernible public policy culture, with education policy providing an excellent example.1

In this short article we consider whether educational initiatives can help achieve social justice in China. Educational inequality in China can be described as the uneven distribution of educational resources by geographical region; by class or other social group such as ethnicity; and at different levels from primary and secondary to tertiary. Such unevenness has been aggravated by the stratification of higher education e.g. the classification of world-class universities and research-led universities; the shared economic costs of education with students and their families; and increasing competition in graduate labour markets. These have led to disguised inequalities. For instance, despite increasing opportunities for students from rural families to gain access to universities, there is a decline in the number of rural students entering national key universities which receive the bulk of the central government’s research and development funding. The students who graduate from elite universities have distinct advantages in the graduate labour market, with many employers recruiting exclusively from such universities. In addition, the geographical distribution of elite universities is also very uneven with most concentrated in Beijing, Shanghai, and a few provinces of the eastern coastal region; while many inland provinces have no national key universities. This has resulted in a great variety of access to elite universities by region or by province.

This stratification of higher education has influenced the pattern of both secondary and of primary education as a response to the intense competition for access to elite universities. This has led to a stratification in practice of the state’s public schools, reflected in an uneven distribution of educational resources which are skewed to key schools in urban areas. For example, there is a trend towards the centralisation of the best teaching resources to big cities and to a few “super schools” in support of those seen as the best student candidates, aimed at success in the Gaokao (the national higher education entrance examination). This may also explain the outstanding results achieved in the OECD’s Programme for International Student Assessment (PISA) by the Shanghai region. Meanwhile, this is accompanied by the marginalisation of rural society, leading to the decline of schools in small towns and villages and to a drain of both qualified teachers and able students (so called “migration for better education”).

Educational inequality in China can be described as the uneven distribution of educational resources by geographical region; by class or other social group such as ethnicity; and at different levels from primary and secondary to tertiary.

As we have indicated, educational inequality in China is not confined to the uneven distribution of resources between regions, urban and rural, and between super and ordinary schools. Another example is the emergence of a new category of children whose parents are migrant workers living in urban areas either short or long term. The large scale of rural-urban migration (now approximately 277 million) and the lack of opportunities for migrant families to integrate into urban society have raised unexpected and challenging issues for the Chinese government, education authorities, and teachers. The problems include: lack of access to public schools in urban areas, lack of support from parents comparable with settled families in rural or urban areas; knowledge gaps and underdeveloped capacities compared with classmates from urban families; social discrimination; and associated psychological and mental health issues. It is estimated that there are currently nearly 100 million children in this category: of which 40% are migrant children living with their parents in urban areas; and 60% “children left behind”, living with grandparents in the countryside. The decline of the countryside and social exclusion in urban areas make it very difficult for such children to complete compulsory education in practice; and to have an equal opportunity to access tertiary education, let alone elite universities.

Professor W. John Morgan is Emeritus Professor, School of Education, and Senior Fellow, China Policy Institute, University of Nottingham; and Honorary Professor, School of Social Sciences, Cardiff University, where he is based at the Wales Institute of Social and Economic Research and Data. He is the editor (with F. Li and Q. Gu) of a Handbook of Education in China to be published by Edward Elgar Publishing in 2017. He has published extensively on the comparative political economy, history, and philosophy of education.