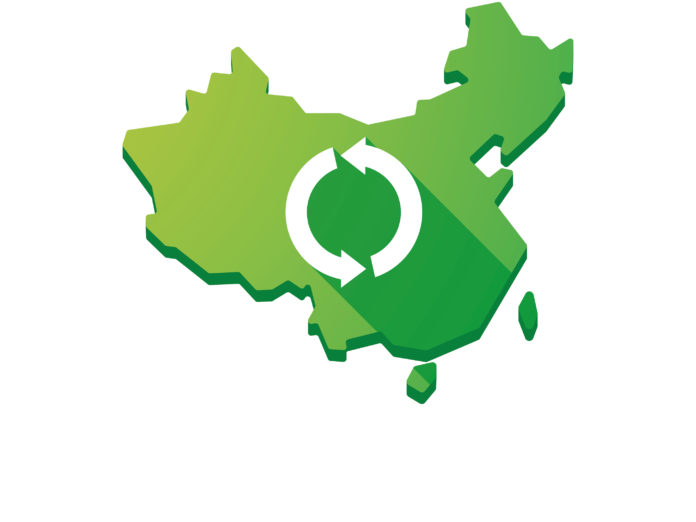 In this article, the authors discuss China’s implementation of Circular Economic development programs in order to address the country’s pressing environmental issues.

China’s remarkable economic success has been accompanied by unparalleled population growth and extensive resource use. As China continues to grow, the population in urban centres will reach close to 1 billion residents by 2025 and the country will have 221 cities with populations greater than one million. Unfortunately, this growth is unsustainable given that the country has not managed its resources well until now: it suffers from high emission industries, unsafe pollution levels, and severe water contamination. China is also the world’s largest source of carbon emissions and it fails to meet many standards of international health. These environmental issues are directly affecting standards of living – for example, areas with poor air pollution shorten life expectancy by several years. China is addressing these issues through involvement in initiatives such as UNFCCC negotiations, the Asia-Pacific Partnership on Clean Development and Climate, and the G8 Summit. Realising the urgency of the environmental issues, many cities in China are also addressing their specific environmental burdens using a city-level Circular Economics approach. Circular Economic development has entailed investment in clean production methods, clean energy sources, resource-based planning, and waste-utilisation. Unlike in other countries where the development of circular economies can be considered proactive measure, China development of a circular economy is unarguably being built out of necessity.

This analysis will focus on a few provinces that were recognised by the UN for their success as “eco-provinces”: Jilin, Shandong, Zhejiang, and Anhui. The analysis will consider the various methods used in the development of their circular economies as well as the benefits that ensued.

The Anhui province was one of the first provinces in China to research and implement Circular Economics due to its over-population, lack of resource, supply and demand gap, and pollution. Circular Economic Agriculture was one major focus in the province as they hoped to prevent agricultural pollution, reduce the cost of agriculture production (a major burden for farmers), and encourage ecological development. The hope was that these circular agriculture technologies would result in higher yield crops, lower production costs, conservation of land, and the reversal of environmental deterioration that is often caused by manure and pesticides. The Agricultural Economy in Anhui was very successful in this respect. One especially successful achievement was its development of edible fungi as a sustainable fertilizer. In brief, the byproducts of crop straw, rattan, hull, and wood crumbs are used to cultivate edible fungi which is then turned into biogas, which is a mixture of methane and carbon dioxide produced by the bacterial decomposition of organic wastes with potential use as fuel or as an organic pollution-free fertilizer. The mixture of byproducts could also be used as fish feed and livestock feed. Any of these uses ultimately reduces the use of harmful chemical pesticides and fertilizers. Anhui has already developed and used the edible fungi in several counties.

The Shandong region of China is in a province characterised by narrowing fishing waters, poor fishing equipment, and slowed developed caused by restricted equipment. In this region, industrial wastewater combined with polluted domestic sewage and breeding pollution has resulted into the decline in ocean quality, eutrophication of offshore waters, decline in the ecological environment, desertification of seabeds, and harms to the regeneration ability of the fishery resources. In addition, the demand for fishing exceeds the supply as nursery farms have become smaller and more expensive to maintain. It was therefore critical that the substantial burdens on marine resources in this region were addressed and that a circular economic marine economy was created. Substantial success has been found in Shandong’s city of Qingdao, which was one of the four cities designated by China’s National Development and Reform Commission to carry out pilot recycling projects in China designed to develop sustainable disposal methods of electronic waste. Qingdao worked to develop several dissembling lines for refrigerators, washing machines, TV sets and air conditioners and put these methods in operation in early 2005. In addition to the dissembling lines, Qingdao also set up a collection network for the households’ electronic waste in 2007. After finding the endeavor successful, Qingdao has worked to also expand the product into Shandong province.

Dr. Mark Esposito is a member of the Teaching Faculty at the Harvard University’s Division of Continuing Education, a Professor of business and economics at Grenoble School of Management in France, and a Senior Associate at the University of Cambridge-CISL and a Research Fellow at the Judge Business School in the United Kingdom. At Harvard, Mark teaches courses on Business, Government & Society and serves as Institutes Council Co-Leader, at the Microeconomics of Competitiveness program (MOC) developed at the Institute of Strategy and Competitiveness, at Harvard Business School. He is founder and director of the Lab-Center for Competitiveness, a think tank affiliated with the MOC network of Prof. Michael Porter at Harvard Business School. He serves on the board of directors of ABIS for the 2014–17 mandate. He has advised the president of the European Parliament, Martin Schulz, on the systemic nature of the EU crisis and serves as a cross-theme contributor to the World Economic Forum’s reports on Innovation Driven Entrepreneurship in Europe. Follow Mark on Twitter on @Exp_Mark.

Dr. Terence Tse is an associate professor at ESCP Europe London campus and a Research Fellow at the Judge Business School in the UK. He is also head of Competitiveness Studies at i7 Institute for Innovation and Competitiveness. He obtained his doctoral degree from the Judge Business School at the University of Cambridge. He has worked with mergers and acquisitions at Schroders and at Lazard Brothers in Montreal and New York. Terence has also worked as a consultant for Ernst & Young, and he has served as an independent consultant to a number of companies. In addition to frequent appearance in academic publications, he has published extensively on various topics of interests in newspapers around the world. He has been interviewed by television channels including CCTV, Channel 2 of Greece, France 24, and NHK. Follow Terence on @terencecmtse.

Dr. Khaled Soufani is Senior Faculty of Management Practice (Economics) and Director of the Executive MBA in the Judge Business School at the University of Cambridge, where he is also Director of the Middle East Research Centre and the Circular Economy Research Initiative. He has published extensively in the area of financial management and economic affairs of small and medium-sized enterprises. His current research interests relate to fast-expanding markets and the economics of innovation. He holds a master’s degree in applied economics and a PhD in financial economics.