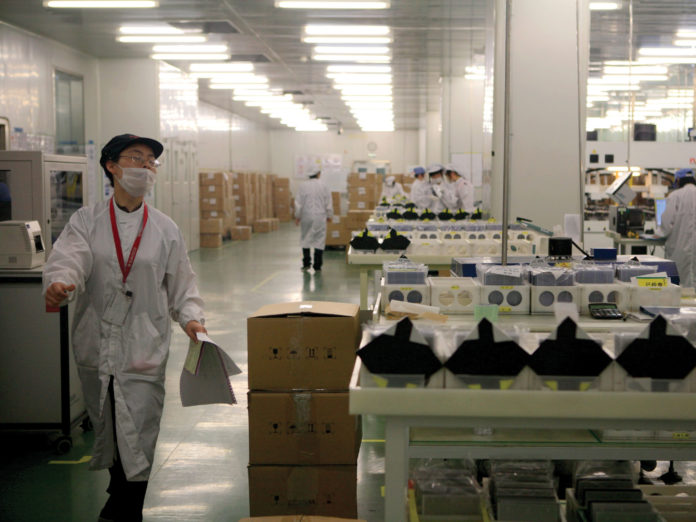 Traditional approaches to assessing innovation involve evaluating the capacity of nations and corporate entities to undertake it. In this extract from McKinsey Global Institute’s study, they discuss how China is innovating at an increasing larger scale and is close to becoming the global innovation leader.

How innovative is the Chinese economy? On the surface, the answer seems clear: by traditional measures, China is innovating at an increasing larger scale and is close to becoming the global innovation leader. In 2014, for example, the country spent nearly $200 billion on research and development, the second-largest investment by any country in absolute terms (and about 2 percent of gross domestic product). China’s universities graduate more than 1.2 million engineers each year – more than any other country. And it leads the world in patent applications, with more than 825,000 in 2013, compared with about 570,000 for the United States.

China’s universities graduate more than 1.2 million engineers each year – more than any other country. And it leads the world in patent applications, with more than 825,000 in 2013, compared with about 570,000 for the United States.

Are these metrics the most appropriate ones to assess China’s innovation ascendancy? We undertook a deeper examination of “micro” activity – processes, products, marketing, and organisational structures – and found a mixed picture: both world-beating commercial leadership and investments that have yet to pay off. Our perspective is that a more granular, nuanced approach is needed to determine if China is on track to convert itself from an “innovation sponge” – absorbing and adapting technology, best practices, and knowledge1 – into an innovation leader. And making that transition is critical; unless innovation becomes a priority, China may struggle to generate enough high-value-added, high-productivity work and jobs to support its growing urban population.

Innovation will also be critical to generating jobs and income, especially in services. Continued urbanisation is expected to bring 100 million more residents to large Chinese cities by 2020. That will create a need for ten million new urban jobs every year, even as manufacturing employment drops.

Traditional approaches to assessing innovation involve evaluating the capacity of nations and corporate entities to undertake it. But for this study, the McKinsey Global Institute used an alternate method that looks at four archetypes of innovation and identifies the factors needed to innovate in different types of industries. We began by examining more than 30 industries to understand how innovation occurs in them, its drivers, and how it determines the success of companies. In this analysis, we looked at all kinds of innovations that have been commercialised successfully, from pure scientific discoveries to engineering breakthroughs to new business models to efficiency improvements. Each of the four archetypes of innovation we identified requires a different degree of R&D intensity, understanding of customer needs, and capital-labor intensity:

Customer-focused innovation involves solving the problems of consumers through novel products and business models. Industries in this category include appliances, mobile phones and smartphones, Internet retailing, and consumer packaged goods. These are characterised by high marketing intensity (typically about 3 to 10 percent of sales) and short development cycles of less than a year or two.

Engineering-based innovation is about designing and engineering new products by integrating technologies from suppliers and partners. Industries that rely on this kind of innovation include aerospace, automotive, and telecom equipment. These have moderate to high R&D intensity, typically spend 3 to 14 percent of sales on R&D, and can have product life cycles of five to ten years or longer.

China’s universities graduate more than 1.2 million engineers each year – more than any other country. And it leads the world in patent applications, with more than 825,000 in 2013, compared with about 570,000 for the United States

Science-based innovation involves developing new products through the commercial application of basic research. Industries such as pharmaceuticals, biotechnology, and semiconductor design rely on this approach. They may spend 16 to 33 percent of their revenues on R&D and devote 10 to 15 years of effort to bring an invention to market.

China sits apart from its peers by virtue of its uniquely dynamic and massive consumer market, its unparalleled manufacturing ecosystem, and the willingness of its government to invest in unprecedentedly large engineering projects. Yet the country has yet to make an internal-combustion engine that could be exported and lags behind developed countries in sciences ranging from biotechnology to materials.

By better understanding the way innovation works, Chinese business leaders, academics, and policy makers can more effectively focus their efforts to promote it. Building on the success of today’s innovators, they can create policies that support innovation in each of the four archetypes. In this way, China can continue to evolve into a more mature, productive, and innovation-based economy and may even provide a model for countries around the world.

This article is an edited extract from The China Effect on Global Innovation, a preview of an in-depth study released this year by the McKinsey Global Institute.