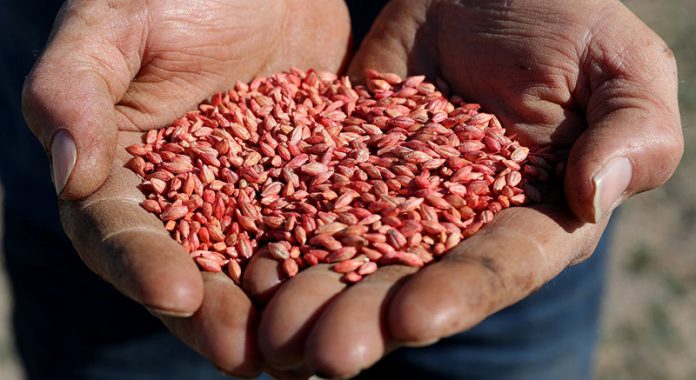 Australia is reportedly ready to initiate its first litigation against China at the World Trade Organisation.

It is the five-year 80.5% barley tariff China imposed in May that Australia will take to the World Trade Organisation. More than half of all Australian barley exports in 2019 were sold to China, worth about A$600 million a year to Australian farmers. 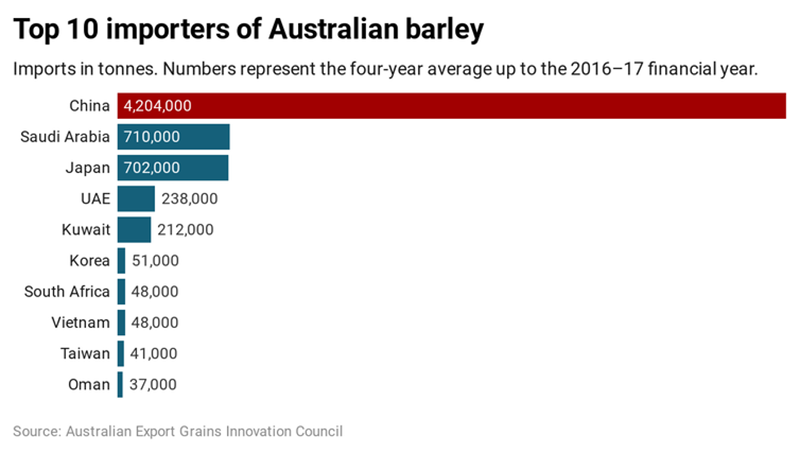 The barley tariff will last for five years unless Chinese investigators initiate a review and decide to extend it beyond 2025.

What can Australia hope to achieve from a WTO dispute?

Not a quick and easy win. A formal resolution will likely take years. But it plants a seed, starting a structured process for dialogue. This is an important step in the right direction.

WTO litigation is no quick fix. There is a set process that moves through three phases – consultation, adjudication and compliance.

The standard timetable would ideally have disputes move through consultation and adjudication within a year. In reality it often take several years, particularly if appeals or compliance actions are involved.

The timetable schedules 60 days for the first stage of negotiations, though these can take many more months. That’s worthwhile if it leads to a resolution. But given the tensions between China and Australia, a quick resolution looks remote.

The adjudication process typically involves a decision by a WTO panel followed by an appeal to the organisation’s Appellate Body.

A WTO panel is meant to issue its decision within nine months of its establishment, but it usually takes much more time. If the panel’s decision is appealed, the Appellate Body is meant to make its decisions within 90 days, but nor is this time frame met in many cases.

Once a WTO decision is final, it is up to the losing party to comply with the ruling. That may include a request for time to make the necessary changes. In practice, this can take six to 15 months. 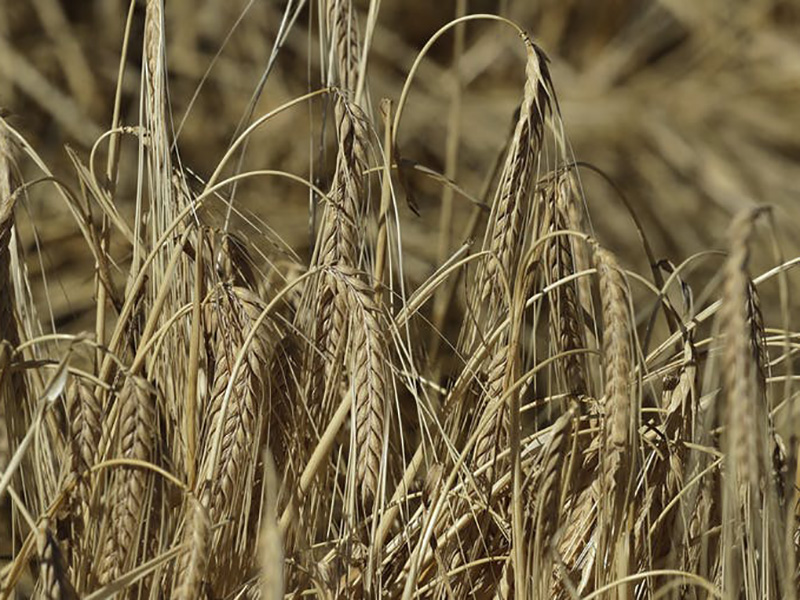 This paralysis has created a major loophole, enabling an “appeal into the void” to block unfavourable rulings.

In light of this, the 27 European Union nations and 22 other WTO members – including both China and Australia – have signed on to a temporary appeals process known as the “multi-party interim appeal arbitration arrangement” (MPIA).

Given China’s commitment to the WTO and its dispute settlement system, there is no reason to anticipate it snubbing interim arrangements if an appeal arises. But the appeal process is also likely to take just as long as the Appellate Body procedure.

Federal Trade Minister Simon Birmingham has expressed confidence in Australia’s “strong case” but victory against China is not assured.

China’s tariff on Australian barley comprises an “anti-dumping duty” of 73.6% and a “countervailing duty” of 6.9%. Anti-dumping and countervailing calculations are highly technical. Whether China’s barley tariff has violated WTO rules will require detailed examination of its methodology.

A key challenge to the Chinese methodology is that it largely disregarded information on domestic sales by Australian barley producers and used data from Australian sales to Egypt.

The WTO has found China’s use of similar methods in several past disputes breached WTO rules. But every case depends on very specific facts. The past rulings against China do not necessarily predict the result here.

Even if Australia is successful, a “win” isn’t total.

The WTO system is designed to make states change their ways. It is not designed to compensate those harmed by illegal trade measures. In other words, an Australian win may require China only to remove the tariff, not compensate those who paid more or lost revenue as a result.

There is also a risk that China could simply initiate a re-investigation of the barley tariff, which might lead to a decision to impose duties very similar to the original ones. In some past disputes, it took China five years or longer to remove duties.

So even if the World Trade Organisation rules in favour of Australia, this might not lead to the tariff’s end before its current expiry date in 2025.

Despite all this, the World Trade Organisation is Australia’s best step.

The WTO is not perfect, but it is now a tested and respected mechanism to resolve trade disputes.

WTO litigation also compels the disputing parties to enter into consultations – and talking is something Australia’s officials have had difficulty having with their Chinese counterparts.

China might drag its heels in other ways, but it can be expected to respect the WTO’s procedural rules and enter into these negotiations. Those talks could help repair communication channels better than missives through social media and press conferences. 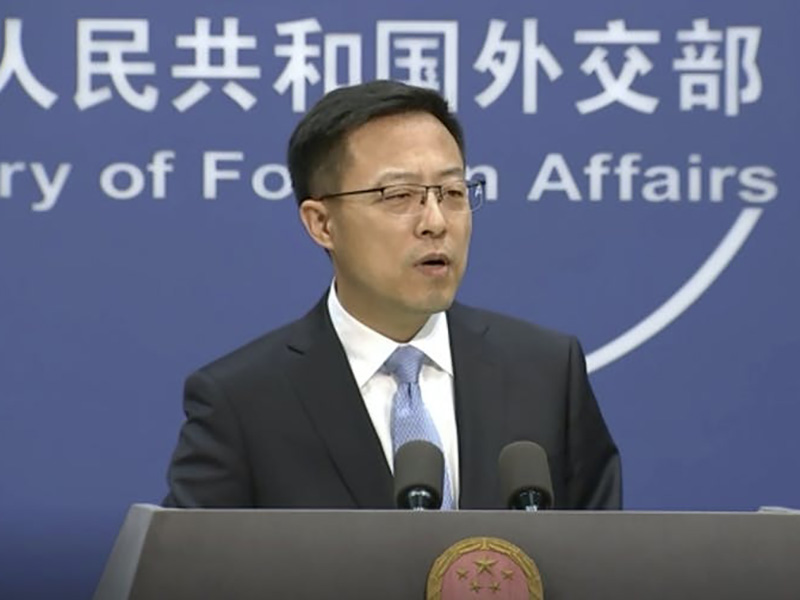 In commencing a formal dispute, Australia also sends a firm but dignified message – that it is willing to use international rules and procedures to solve grievances.

China and Australia badly need a relationship reset. Meeting in a rules-based forum with structured processes for dialogue can do no harm.

Dr Weihuan Zhou is a Senior Lecturer and member of Herbert Smith Freehills CIBEL Centre, Faculty of Law, UNSW Sydney, UNSW. He is a member of UNSW Law’s Herbert Smith Freehills CIBEL Centre, the largest research cluster outside of China in the areas of international business and economic law of relevance to China in the twenty-first century. Our website is here: http://www.cibel.unsw.edu.au/

Weihuan publishes widely in the field of international economic law (IEL), particularly the law of the WTO, trade remedies, FTAs, and China. His recent publications include two co-edited books respectively on “China – Australia Free Trade Agreement” and “Non-Market Economies under the WTO”. His work has appeared in most of the top journals in the field and has been widely cited including in research reports for the European Parliament, EU Parliament Briefings, Australia’s Productivity Commission report, report of the Parliament of Australia, and also by leading experts and commentators. Weihuan is a regular invitee to speak at internationally renowned conferences, review book proposals and manuscripts for prestigious academic publishers (e.g. CUP and OUP), provide trainings for government officials, and comment on contemporary IEL matters (e.g. interview at ABC News, opinion pieces in Conversation). Most recently, he has been elected to the Executive Council of the Society of International Economic Law and has been invited to serve as a guest editor of a special issue on China for the Journal of International Trade Law and Policy.

Lisa Toohey is a Professor of Law, University of Newcastle.She is the Director of Research for Newcastle Law School. She is a Senior Member of Universities Australia Executive Women Group and an Adjunct Professor at the Faculty of Law at the University of New South Wales.

Professor Toohey teaches and researches in the fields of international trade law, legal design, and dispute resolution. Her research is focussed on the question of how individuals and groups understand and interpret their rights in order to resolve disputes at international, domestic, and transactional levels. This includes a focus on how states in the Asia-Pacific region engage with the international trade system and resolve disputes, how mediation can be better used to address multi-issue public international law disputes, how individuals in civil disputes access and interpret legal information, and how legal design can be used as a tool to better facilitate understanding of legal information.