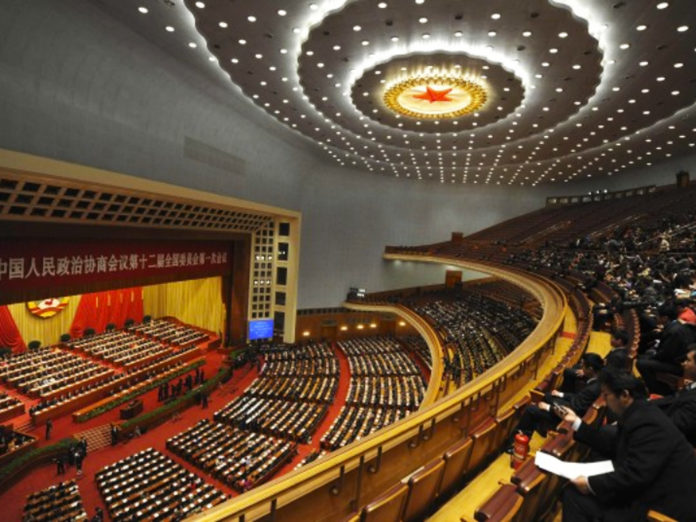 Despite the Western empire’s banner of democracy in China, communism is working well in its society. The article discusses how China’s socioeconomic and geopolitical advances since 1949 can be attributed to its unique version of democracy.

In the mid-1930s, China was being rent asunder by four competing sides. One was the communist Red Army, headed by Mao Zedong. Another group was the Japanese fascists and their Imperial Army. A third was the Guomindang Nationalists, abbreviated “KMT” in English and ruled by Chiang Kai-Shek. The last group was all of the Western colonialists – imperialists of course, who flattered themselves with the lofty label, “Great Powers”.

Things were not going as planned for the Western empire. They were backing, hell or high water, Chiang Kai-Shek (who love to be called “Generalissimo”) to become the eventual leader of postwar China. Their plan was to install Chiang as the puppet head of postwar China, in the mold of Cuba’s dictator Fulgencio Batista, under the usual, phony banner of “Western democracy”. It was looking more and more desperate with each passing day. The Generalissimo led his forces much like Abraham Lincoln’s General George McClellan, mostly sitting in the barracks and retreating when confronted by the enemy. When Chiang did fight, it was to try to destroy Mao and the Red Army, instead of ridding China of the much despised Japanese fascists. Lincoln eventually replaced McClellan with General Ambrose Burnside. Western colonialists could see no other option to Chiang, since Mao was Public Enemy Number One, as the most feared “commie”.

But news from China’s communist strongholds was getting too much to ignore. For months, Zhou Enlai, who was post-liberation, the Communist Party of China’s (CPC) Premier and foreign policy maven, had been telling the Americans that the Red Army would fight under their generalship, alongside the KMT, to defeat the Japanese. Generalissimo adamantly refused to cooperate with any communists, even though it was the right decision for China’s best interests. Furthermore, the Reds were winning the war against both the Japanese and Chiang’s listless gang, while reports of happy, healthy, productive and motivated communist citizens were turning into a barrage. This, compared to the KMT’s press-ganged troops, who were dying in their tattered shoes from starvation, ill-health and neglect, thanks to their very own corrupt generals and officers in the fields.

Unable to come to terms with their blind ideology, FDR, Washington and the popular press simply could not bring themselves to say “communists”, so Mao and Co. were dubbed “the so-called communists”.

US President Franklin D. Roosevelt and Co. finally relented in 1937, so a small contingent of officers and journalists was sent to see for itself. Edgar Snow was there, whose book, Red Star over China became an international bestseller that year. Much to their shock, it was all true. Everywhere the communists took control, opium addiction, gambling, organised crime, prostitution, feet binding, child slavery, homelessness, illiteracy and starvation were eradicated. Red Army soldiers and citizens were smiling, industrious, positive, well-fed and committed to the cause. It was clearly not propaganda and all manifestly real. From that point on, the Americans privately understood that the Generalissimo and his KMT did not stand a chance against Mao and formidable Reds. But, being a ferocious commie hater, Chiang was the only horse Western colonialists had to ride.

Jeff J. Brown, author, analyst, lecturer and based in China, has written China Rising – Capitalist Roads, Socialist Destinations (2016) (on Amazon) (on Ganxy) and the geopolitical travelogue, 44 Days Backpacking in China (2013). China Is Communist Dammit! will be published in late 2016 and his historical fiction, Red Letters – The Diaries of Xi Jinping, will be out in 2017.