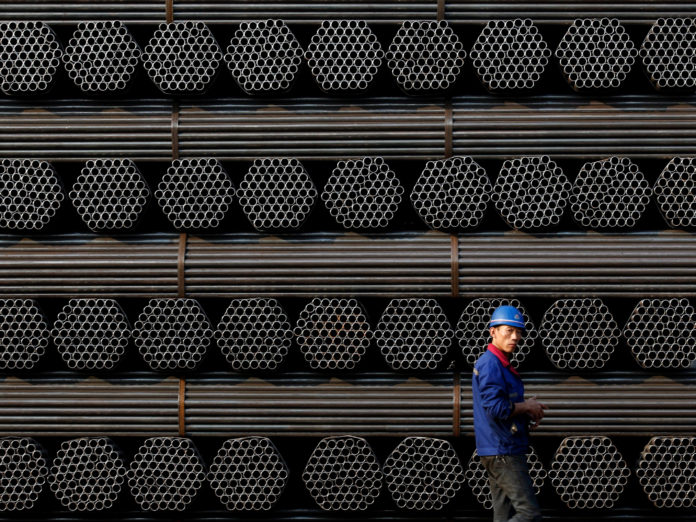 In the G20 summit in Hangzhou, some world leaders had harsh words for China’s steel overcapacity. Before the summit, President Barack Obama was urged by US lawmakers, unions and trade associations to blame China’s trade practices for US mill closures and unemployment and to stress the need for “aggressive enforcement of US trade remedy laws”.

Yet, as history shows, the first major steel crisis occurred already in the 1970s, starting in the US and Europe.

Since the postwar era, crude steel production has grown in three quite distinct phases. In the postwar era – often called the “golden era” of the advanced economies – global steel production grew an impressive 5 percent annually. It was driven by Europe’s reconstruction and industrialisation, and catch-up growth by Japan and the Soviet Union.

As this growth period ended with two energy crises, a period of stagnation ensued and global steel demand barely ticked 1.1 percent annually. In the US, the challenges of the Rustbelt led to labor turmoil, offshoring and the Reagan era. In the UK, similar turmoil paved way to the Thatcher years.

Some steel growth prevailed but mainly in the smaller Asian tiger economies of Korea and Taiwan, which could not drive the global economy amid the collapse of the Soviet Union and the asset crisis in Japan in the 1990s.

A third period ensued between 2000 and 2015 when China’s entry into the World Trade Organization initiated a period of massive expansion in steel production and demand fuelling annual output growth by 13 percent.

While China’s industrialisation and urbanisation is likely to continue another 10-15 years, the most intensive period of expansion is behind. As a result, the steel sector is facing overcapacity and stagnation for 5 to 15 years.

Dr. Dan Steinbock is Guest Fellow of Shanghai Institutes for International Studies (SIIS). This commentary is based on his SIIS project on “China and the multipolar world economy.”

The Rise of China