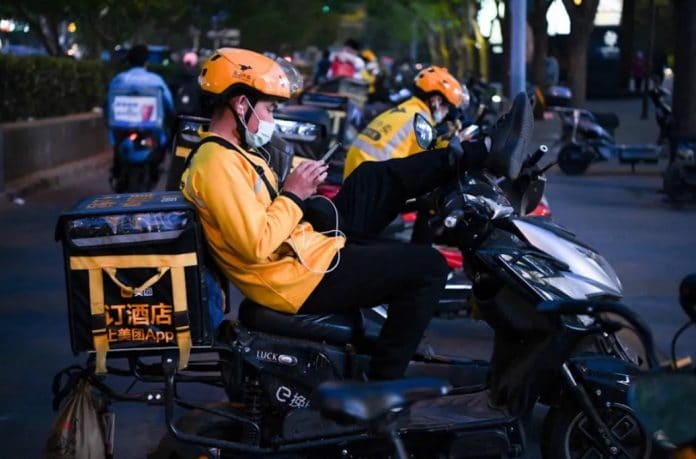 China was the first country to be affected by Covid-19 and took unprecedented lockdown measures that led to a historic decline in growth of at least 6% in 2020. But in 2021, the country has mounted a recovery and economic growth is projected to reach 8.5 percent by the end of the year, according to the Organisation for Economic Co-operation and Development.

Yet the pandemic has still led to lasting changes the labour market in China, following which the country may need to pursue new avenues for growth.

In the hospitality and export industries, companies were forced to lay off staff or delay their return to work in 2020. The delivery sector, on the other hand, has been growing continuously for a number of years now and has recruited en masse during the pandemic, with many workers who lost their jobs in other sectors turning instead to more flexible roles as couriers and drivers.

Rural migrants have been the main architects of China’s remarkable growth over the past three decades, accounting for a third of the country’s more than 800 million workers. For the first time since 2008, they have decreased: from 290.8 million in 2019 to 285.6 million in 2020. 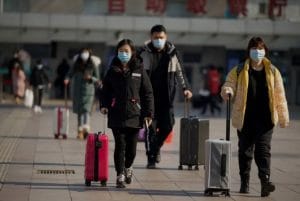 According to some surveys, some rural migrants are thought to have returned to their original roles when businesses began to recover. But others, many of who returned to their hometowns to mark the Lunar New Year never returned to the city, owing to administrative constraints and later a lack of opportunities.

By the end of July 2020 there were over 13 million migrant workers employed locally. Alongside those who became farmers or were taken on by companies, 5% started making local products and selling them directly via live-streaming, thus undermining the Chinese model of modernisation which had previously been based on the mobilisation of cheap and easily exploitable rural labour in towns and cities for the past three decades.

In China, as elsewhere, the position of women in the job market in particular has deteriorated, with the pandemic only serving to accentuate the steady decline in their rate of employment, which had already dropped from 80% in the 1980s to 60% in 2019. In cities, family members have once again been called upon to care for children and the elderly – a task normally entrusted to migrant women.

While some mothers praise the strengthening of family ties resulting from the lockdown, others have reported heightened levels of anxiety and an excessive physical and mental burden.

For upper-class women, leaving the job market leads to financial dependence on their husbands, who usually earn a salary that is sufficient to maintain the household’s standard of living. For working-class women, however, the pandemic has only reinforced the precariousness of the situations in which they already found themselves.

A tough market for graduates

Young graduates in the job market, the number of which is expected to reach an unprecedented peak of 9.09 million in 2021 – representing an increase of 350,000 on 2020 – are particularly vulnerable. 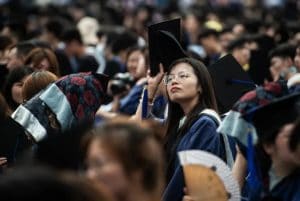 The pandemic has made it all the more difficult for young graduates to find work in 2021 since large numbers of the previous cohort are still yet to find employment. Many of them are consequently preparing to continue their studies or to take the entrance exams for the civil service in an attempt to delay their entry into such a hostile market. A survey conducted in Hunan province estimated that 37.5% of young graduates intended to set up their own businesses, a move encouraged by the authorities, 20.8% to continue their studies and 10.5% to take civil service exams.

The competition for first jobs is all the more fierce given that students who had left to study and work abroad have been returning in droves since mid-2020 when Covid-19, which had been effectively contained in China, intensified in North America and Europe.

The end of a cycle

The pandemic has confirmed what a general slowdown had already been indicating for several years: China is at the end of a cycle and must find new drivers for its growth.

We can also assume that the health and geopolitical context will stem the flow of Chinese students travelling abroad in the future, and that the difficulties that potential host countries experience in dealing with Covid-19 and international tensions might result in well-off families deciding not to send their children to Australia, the United States or Europe.

As China becomes more powerful on the international stage, this process is likely to lead, in the long run, to the return of its economy and its society back to its own territory.

This article was originally published in The Conversation on 21 September 2021. It can be accessed here: https://theconversation.com/how-the-pandemic-has-changed-chinas-economy-perhaps-for-good-167597