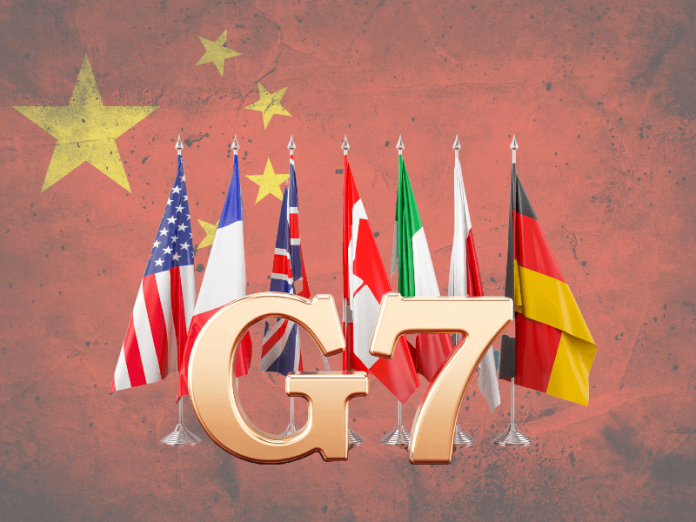 With China up in the air, the recently concluded Carbis Bay G7 Summit has been marred by intensive reporting by international media. While Reuters highlights G7’s alternative infrastructure development plan to rival the Chinese Belt and Road Initiative (BRI), a report from South China Morning Post (SCMP) points out the increasing challenges for Beijing to disrupt the trans-Atlantic ties between the US and Europe after the G7 leaders successfully issued a Communique at the end of the Summit. Nikkei Asia, on the other hand, underscores the inclusion of the Taiwan Strait issue within the Communique ⸺ a monumental development unseen for decades.

As from these international reports, the general perception is that the G7 group is now an alliance architected to contain the rise of China in the world order. Is this an accurate portrayal of the recent G7 Summit? If not, what did the Summit tell us about G7’s view and stance on China?

Generally speaking, the G7 Communique has a long list of global issues that the rich nations’ club is seeking to lead the post-pandemic world. Not just the COVID-19 pandemic in which the G7 leaders pledged to aid the developing world, there were also commitments on sustainable development, climate change, a fairer global tax system, free and fair trade, future frontiers (space and economy), and gender equality. The China question, meanwhile, occupied part of the grouping’s consensus for global responsibility and international action, and it was featured in just two paragraphs (49th and 60th) within that pillar of the Communique. Hence, to postulate that China drove the overall agenda of the Carbis Bay Summit is a huge dismissal of an array of global issues that the G7 leaders are grappling in their Cornwall meeting.

When comes to the G7 leaders’ stance on China, there are three noticeable features from the Communique. As far as the Indo-Pacific security is concerned, the G7 nations tackled the hotspot issues head-on and explicitly opposed any destabilising behaviour from Beijing vis-à-vis the Taiwan Strait, the East China Sea, and the South China Sea. Despite not naming China, the G7 leaders made it clear that they wished to preserve the rule of law and inclusivity of the Indo-Pacific region while subsequently underlined their positions on the three maritime hotspots in the Indo-Pacific.

In particular, the G7 leaders’ statement on the importance of preserving peace and stability of the Taiwan Strait while at the same time, urging a peaceful resolution of cross-Strait issues between China and Taiwan, is a departure from the 36-year avoidance of the contentious issue in the annual Summit. With the inclusion of the Taiwan Strait issue, it shows that the G7 leaders now have a higher bar in defying China’s reprisal against what Beijing deemed as ‘interference in its domestic affairs’. Together with the bloc’s positions on the East and South China Seas, the G7’s unity on the Indo-Pacific security issue is outwardly clear for Beijing to dissect.

Likewise, the G7 leaders’ position on the promotion of human rights in China is equally explicit within the Communique. This is not something unexpected given the fact that most G7 nations derived their international standing through the adoption of a normative approach in their foreign policies. As such, their calls for China to respect human rights in Xinjiang and Hong Kong reflect the indispensability of G7 nations to take an explicit stance on issues deemed by the grouping as vital for the preservation of their international standing.

The difference of this Summit, however, is the addition of Xinjiang within their call for the promotion of human rights in China ⸺ an element that is not present in the last 2019 Communique. But as a whole, the inclusion of China’s human rights’ issues for two consecutive years of the G7 Summit, speaks of the grouping’s constant willingness to criticise Beijing ever since the Hong Kong question was featured within the discussion agenda 2 years ago. Like it or not, China and the world should accept that such explicit stance is likely to continue in future G7 Summits.

As for global power competition with China, the G7 leaders’ stance is an implicit one. For sure, the omissions of China and its BRI from the Communique, showed that disagreement still existed among the G7 nations to single out China or the BRI in legitimising their push of the Build Back Better World (B3W) initiative of infrastructure-building in the developing world. While French and German leaders refrained from outward hostility towards China in their post-Summit press conferences, the US president, Joe Biden was much more open in rationalising the need for the B3W initiative to rival the ‘inequitable’ BRI. For Biden, the B3W initiative would contrast against the BRI when comes to meeting the development needs of the Third World countries in an equitable manner.

In all, the Carbis Bay G7 Summit revealed the two-layer approaches taken by the leaders regarding the China question. On the two pillars of Indo-Pacific security and promotion of human rights, there was no room for ambiguity as G7 leaders explicitly ‘called out’ China in their Communique. On the other hand, the G7 leaders’ stance on global power competition with China is an implicit one. And this is despite the differences between French-German and American leaders in providing respective articulations of G7’s power competition with China.

Chee Leong Lee (Karl) is an alumnus of University of Manitoba and he is currently the Collaborative Research Fellow with Anbound Malaysia, an independent think tank based in Kuala Lumpur. His research interest focuses on ASEAN’s relations with external partners, including China, Canada and European Union (EU). He holds a PhD from Monash University.