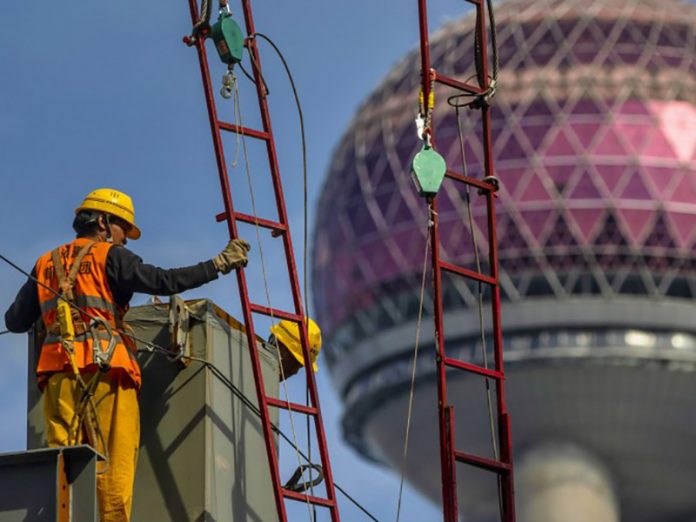 By Chan Kung and Wei Hongxu

China’s economy has rebounded significantly in the second quarter after suffering the shock of the COVID-19 pandemic and a sharp decline in the first quarter. The country’s National Bureau of Statistics (NBS) will soon release key macroeconomic data for September and the third quarter, and various institutions forecasting GDP growth of more than 5% in the third quarter. If the overall economic situation does not change much, judging from the various data released so far, in the fourth quarter, China’s economy may continue to maintain the “v-shaped” recovery from the pandemic hit. In the long run, however, China’s economy remains on an “L-shaped” cyclical track.

From the perspective of production and consumption, the data of industrial added value and retail sales of social consumer goods in July and August indicate that industrial production and household consumption have maintained a sustained recovery; the decline in fixed-asset investment, which is growing relatively slowly, has also continued to narrow. The PMI data for September, as well as the sharp improvement in exports in September, suggest that the overall positive economic trend in the third quarter will be further consolidated. Most institutions predict that industrial production will continue to recover in September and consumption will continue to improve as both supply and demand sides recover. The growth rate of fixed-asset investment and infrastructure investment is also expected to turn positive on the back of increased government investment. This means that the trend of China’s overall economy recovering from the pandemic has become clear.

China’s economic recovery has led various institutions, including the IMF, to raise their forecasts for the Chinese economy this year. The Bank of China Research Institute report pointed out that in the third quarter of 2020, the macroeconomic sentiment continued to rise on the basis of the “v-shaped” reversal in the second quarter. China’s GDP is expected to grow by about 5.1% in the third quarter, and the GDP growth in the fourth quarter is expected to be higher than in the third quarter. The IMF forecasts China’s economic growth of 1.9% in 2020, up 0.9 percentage points from June, and a recovery of 8.2% in 2021.

From the perspective of production and consumption, the data of industrial added value and retail sales of social consumer goods in July and August indicate that industrial production and household consumption have maintained a sustained recovery; the decline in fixed-asset investment, which is growing relatively slowly, has also continued to narrow.

Based on the current situation, the PBOC will maintain the current moderate easing policy to maintain support for the economic recovery, despite the continued increase in money supply and social financing. China’s credit and financial sector have grown at a reasonable pace in the first three quarters of this year, and have not yet reached a situation of rapid growth, according to Ruan Jianhong, director of the survey and statistics division of the PBOC, at a press conference. The macro leverage ratio should be allowed to rise periodically to expand credit support for the real economy. It should be said that this policy has achieved remarkable results, highlighted by the steady growth of the national economy. In this light, the PBOC is relatively satisfied with the current policy strength and is not expected to change much this year.

China’s relatively rapid recovery reflects the resilience of its economy. Fundamentally, the effective recovery of China’s economy has actually benefited from the effective control of the pandemic and the effective maintenance of the stability of China’s internal economic development. But the way to improve the resilience of the economy remains a long-term problem to be solved. The effective recovery of the Chinese economy not only benefits from the effective macro policies, but also has much to do with the intensified efforts of a series of reform policies since the beginning of this year, which has released the vitality of the economy itself. Globally, while the COVID-19 pandemic continues, some external factors restricting China’s economic growth have not eased, which means that China’s economy will not be able to fully recover to the previous level within the short term. In addition, COVID-19 has actually accelerated the pace of adjustment in the global industrial chain, and there are still many uncertainties in the strategic friction between the U.S. and China, which is also an adverse factor restricting China’s economy. In the long run, China’s economy is still in an L-shaped cycle.

Financial data for September exceeded expectations, suggesting that China’s economy will continue to recover rapidly in the third quarter, reflecting the resilience of China’s economic “internal circulation”. However, in the long run, the pandemic and the uncertainty of U.S.-China relations remain a constraining factor, and reform is still needed to create breakthrough in the bottleneck of economic progress and achieve sustainable long-term development.

Wei Hongxu, graduated from the School of Mathematics of Peking University with a Ph.D. in Economics from the University of Birmingham, UK in 2010 and is a researcher at Anbound Consulting, an independent think tank with headquarters in Beijing.