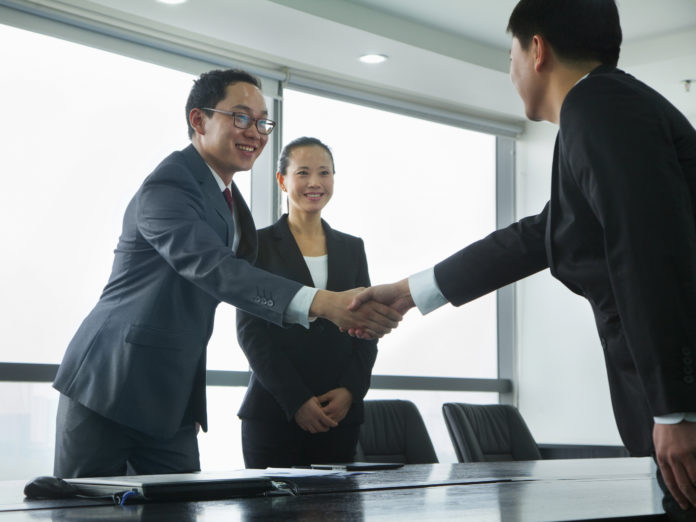 In a marketplace without boundaries, the PWC’s 18th Annual Global CEO Survey looks at how businesses around the world are positioning themselves to meet the new challenges in our globalized world.

PWC’s 18th Annual Global CEO Survey launched in January 2015, is in its 18th Year. The current survey titled ‘A marketplace without boundaries? Responding to disruption’ looks at how global CEOs are responding to disruptions and challenges in the global market. And China’s CEOs are no exception. A summary of PWC’s China survey – ‘Dealing with disruption: Thriving in China’s ‘new normal’ makes interesting reading. A summary of the survey of 136 CEOs polled from mainland China found that China’s CEOs have experienced a fall in confidence since the PwC 17th Annual Global CEO Survey. Only 36% are ‘very confident’ of their company’s growth prospects over the next 12 months. They are contemplating the effect of an economic rebalance, as well as the impact of global disruptive trends. Despite these challenges, it’s not all doom and gloom among China’s CEOs. Almost 71% say there are more growth opportunities for their company now than there were three years ago. And 57% are planning to increase headcount in the next 12 months.

Nine in 10 CEOs in China are concerned about the lack of skills availability and 85% express concern about the access to affordable capital. Among other top threats are new market entrants (90%), speed of technological change (88%), increasing tax burden (88%) and a shift in consumer behaviour (88%). Their level of concern is higher than it was last year and generally higher than that of their global peers.

Almost eight in 10 CEOs in China say rising competition and shifts in customer behaviour are the most disruptive trends for their industry over the next five years. China’s unique demographic and technological changes have given rise to new consumer demands, increasing the need for organisations to differentiate themselves from rivals.

Other disruptive trends include changes in distribution channels (66%), changes in industry regulation (63%) and changes in core technologies of production or service provision (37%).

Many of China’s CEOs recognise the significance of digital technology on their businesses, but others are less clear about how to drive value from them. Only two-thirds (67%) say they have a clear vision of how technologies can help achieve competitive advantage. This is a relatively lower percentage compared to that of the global average (86%) and the US (92%). In the face of intensifying competition and the “new normal” of slowing economic growth, China’s CEOs need to make it a priority to get a better understanding of precisely how they can leverage digital technologies in their businesses.

Planned joint venture (JV), alliance and restructure activity has jumped as companies look for new ways to deliver growth. Six out of 10 CEOs in China are looking to undertake a joint venture or alliance in the next 12 months, an 18 percentage point increase compared to the previous survey. CEOs value the greater flexibility that comes from these kinds of partnerships, particularly in the context of increasing disruption and technological change.

China’s CEOs appreciate the value of both formal and informal partnerships. More than a third (34%) are currently engaged in collaborations with customers, and a quarter (26%) are partnering with suppliers. While most partnerships are with traditional stakeholders, there is growing interest in cooperative alliances across a wider range of groups including academia, governments and firms that operate in other industries. One in 10 CEOs in China says they are even partnering with competitors.

More than half of China’s CEOs (55%) believe the government’s top priority in 2015 should be to create a more internationally competitive and efficient tax system. And just under half (46%) want the government to do more to create a skilled and adaptable workforce. On these issues China’s CEOs are in step with their global peers, who also cite these as top priorities.

Talent in the digital era

Finding, nurturing and keeping skilled talent, particularly in senior management, has long been a priority for China’s CEOs. This year it was the equal top threat to growth, with nine out of 10 CEOs saying they were concerned about it. Encouragingly, China’s CEOs are taking the talent diversity challenge seriously. More than three quarters are actively searching for talent in different geographies, industries and demographic segments, and over 80% are using multiple channels to find talent, including online platforms and social networks. Although China’s CEOs understand the value that diversity brings to their organisation, only half have a strategy to promote it.

Almost eight in 10 CEOs in China say rising competition and shifts in customer behaviour are the most disruptive trends for their industry over the next five years.

PwC China Beijing Senior Partner David Wu says, “China’s economy is rebalancing and entering a “new normal” phase. China’s CEOs have to work hard to find growth in the domestic economy while it undergoes a major transformation and the global economy is marked by dynamic and disruptive forces. They are also right to recognise the risks of the “new normal” and to plan and act accordingly by focusing on driving business growth through building diversified partnerships and continuing to invest in digital technology and talent.”

The PwC 18th Annual Global CEO Survey polled 1,322 CEOs based in 77 countries. Of these, 136 from mainland China were surveyed from October through December 2014. Their comments on plans for business growth and assessments of constraints were supplanted with insights from the global PwC network and in-depth interviews with 33 CEOs. The combined views and responses form the basis of the PwC 18th Annual Global CEO Survey.

The full survey report with supporting graphics can be downloaded at: www.pwc.com/ceosurvey.