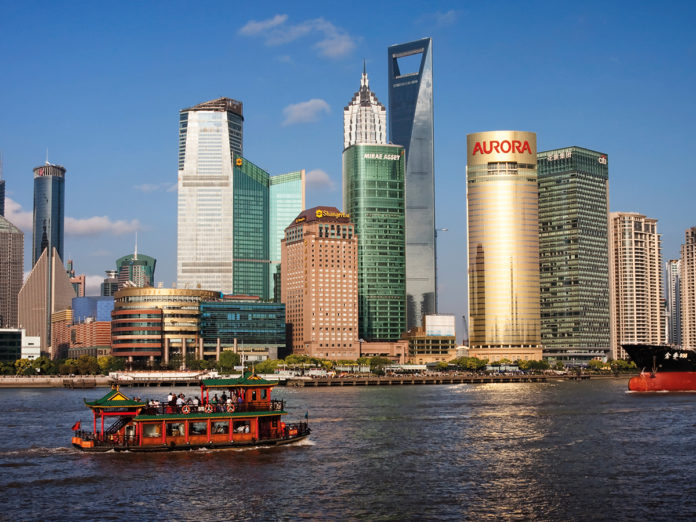 The author explains the promises and challenges of China’s urban “miracle”.

Touted as the “Century of Cities,” the 21st century is barely into its second decade. But if you fastforward to the century’s quarter point to look at the world’s most dynamic cities, you are most likely to see the dominance of China. According to a ranking projected jointly by Foreign Policy and the McKinsey Global Institute, 29 of the 75 most dynamic cities in 2025 will be located in China, far more than any other country. China’s miraculous urban transformation, especially the explosive growth of its megacities, plays a critical role in shaping both China’s economic rise and the global urban landscape – now and into the future. To understand China’s urbanization and megacities we can use a simple framework consisting of six ‘Ss’: State Steering, Speed and Size, and Scaling out to Spread development.

State Steering refers to China’s central and local government playing a strong role in steering urban growth. This steering varies a lot in how it has affected cities at their different stages of development. Steering urban growth began with the creation of China’s first Special Economic Zone (SEZ) in Shenzhen. In 1979 Shenzen was a small fishing village of 30,000 people bordering Hong Kong. By the late 1980s Shenzhen had exploded into a large industrial center. Today it is a megacity of over 12 million people, most of whom are migrant workers. The state initially provided up-front financing for large-scale physical infrastructure to spur industrial growth. As this rapid growth ran into bottlenecks such as the shortage of land, water and energy, as well as environmental degradation, the Shenzhen government tightened restrictions on land approval and environmental standards by banning polluting industries such as papermaking. In response to the marginalization of millions of migrant workers, the government provided them with more permanent residential status and its associated social benefits.

Given the state’s steering role, the fast speed and large size of China’s urban growth has no equals in the developing world. While only 20 percent of Chinese lived in urban areas in 1980, over 50 percent live in cities today. From 1990 to 2007, China’s urban population more than doubled, and real GDP grew almost tenfold. In comparative historical terms, China doubled its GDP per capita ten times faster than the world’s first country to urbanize — the United Kingdom — from 1700 to the mid-1800s, and five times faster than the United States during its accelerated urbanization between 1800 and 1900.

Chinese cities with one million or more inhabitants rose from 20 to 102 between 1980 and 2012, while the number of millionplus cities in all of Africa grew from 17 to about 50 during the same time. Europe as a whole has 35 such cities, while the United States has nine. In the past three decades the number of Chinese cities in the world’s top 30 largest urban centers has trebled – growing from 2 (Shanghai and Beijing) in 1980 to 6 in 2010. China has quickly achieved both a higher level of urbanization and a greater number of large cities — a double gain of “speed and size”.

The Chinese state has also steered urban growth along a track of scaling out to spread development. Scaling out refers to ‘state steering’ the growth of medium-sized and small cities across China, especially in its vast interior. According to government statistics, the number of cities with 500,000 to one million people rose from around 30 in 1980 to approximately 130 today. This net gain of 100 cities in this size category represents a wider spatial spread of secondary or tertiary centers that contribute to GDP. Medium and small cities are projected to contribute 55 percent to urban GDP growth by 2025. This trend is similar to all developing countries where cities of around half a million people are expected to absorb a larger share of urban population and economic growth over the next 30 years.

Scaling out also means the state has steered massive amounts of resources into inter-city transport infrastructure from the major coastal cities. While riding across two of the world’s five longest bridges, one from Shanghai to its deep-water port on Yangshan Island, and another between Shanghai and Zhejiang province over the Hangzhou Bay, I was struck by the length of both bridges that stretch about 35 kilometers over a huge span of the East China Sea. Adjacent rural areas and secondary cities have benefited from the positive spillovers from Shanghai. For example, the municipal government has constructed an integrated “motor city” with a Formula 1 Track by the new town of Anting on the outskirts of Shanghai, which facilitated a regional spread of auto manufacturing and related activities.

Powerful as the Chinese model of urban growth has proven to be, it also carries built-in weaknesses and faces new challenges. The state was largely unable to mitigate the negative impact of the 2008-09 global financial crisis on its export-oriented assembling and manufacturing industry in the coastal cities. One large shoe factory in the city of Dongguan in southern China lost 30 percent in overseas orders and over $10 million in export earnings from 2008 to 2009. A loss of this scale was huge for China, which accounts for over 70 percent of the world’s total shoe exports.

China’s growing number of factory cities has also done much environmental harm. The economic cost of pollution and the use of natural resources as a share of gross national income (GNI) in 2011 stood at 8.9 percent, or $650 billion, which was the largest in the world. This energy consumption is likely to rise further. As projected by McKinsey, China will have 350 million more city-dwellers by 2025 and need to erect five million buildings, 50,000 of which will be skyscrapers built in the 220 ‘million-plus’ cities. This scenario will further elevate China’s already voracious use of the world’s limited energy.

China’s urban industrial machine is also becoming more expensive to operate. According to The Economist, labor costs in China’s coastal cities have gone up by 20 percent a year over the last four years, rising 14 percent in Shanghai from 2002 to 2009, relative to increases of eight percent in the Philippines and only one percent in Mexico. Accelerated population aging and its associated shrinking of labor force is also a contributor. While the ratio of those aged 60+ rose globally by three percentage points from 1950 to 2010, in China it increased by 3.8 percentage points over the last decade alone, from 2000 to 2010. Shenzhen possessed a favorable demographic advantage in 2000 when nearly 60 percent of its population was between the ages of 15 and 29. That proportion dropped to 23 percent in 2010. With the lowest birth rate (less than one) among all major cities in China for a long time, Shanghai will see the growth of its working age population slow to less than one percent and the proportion of its elderly (aged 65 and over) rise to 17.1 percent in 2020, thus becoming the oldest city in China and one of the oldest in the world. Losing the “demographic dividend” may lower China’s annual growth rate by 1.5 percentage points by 2015 and another percentage point from 2016-2020, as estimated by one Chinese scholar.

According to The Economist, labor costs in China’s coastal cities have gone up by 20 percent a year over the last four years, rising 14 percent in Shanghai from 2002 to 2009.

The dynamic Chinese model cannot be sustained under the collective and converged weight of environmental degradation, rising labor costs and a shrinking labor force. These constraints reveal the inherent weaknesses of an urban growth machine steered by a powerful state and fueled by such favorable, albeit fading, conditions as initial low level of development, abundant cheap labor, massive rural-urban migration, economy of urban scale and strong external demand. The rebalancing of the strengths and weaknesses of the Chinese model will determine if this unprecedented urban growth will sustain its positive momentum and benefits deep into the 21st century.

Born in beijing, Xiangming Chen is the founding dean and director of the center for urban and Global studies and Paul Raether Distinguished Professor of Global Urban Studies and Sociology at Trinity College In Hartford, Connecticut, as well as distinguished guest Professor in the school of Social Development and Public Policy at Fudan University in Shanghai, China. He has studied and published extensively on China’s urban development.