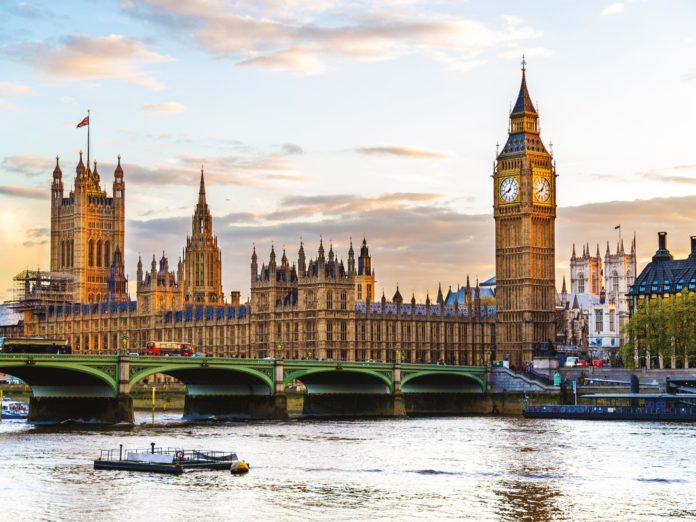 In the short-term, the UK-China ‘golden decade’ will be reflected in a series of multi-billion pound business deals. In the medium-term, it has the potential to make the UK China’s largest offshore renminbi intermediary worldwide.

“Let’s stick together and make a golden decade for both our countries,” said UK Chancellor of the Exchequer George Osborne.

However, the foundation of the bilateral golden decade was set up in spring.

How the UK Changed the AIIB Game in Europe

In late 2013, Chinese leaders put forward the proposal for the Asian Infrastructure Investment Bank (AIIB). It originated from frustration.

For years, China, along with other large emerging economies, had grown exasperated with the slow pace of reforms in the global multilateral financial institutions (for example, the IMF, the World Bank, the Asian Development Bank), which remain dominated by American, European and Japanese interests, as reflected by their voting quotas, investment allocations and the nationality of their leaders.

Despite US pressure against the membership, most countries in South, Southeast and East Asia joined the AIIB, whereas EU members initially stayed out.

Despite US pressure against the membership, most countries in South, Southeast and East Asia joined the AIIB, whereas EU members initially stayed out.

The game changer was the UK’s decision to join the AIIB, as the “first major Western country,” which triggered a riled response from the Obama White House.

In short order, other core EU economies – Germany, France, and Italy – followed in the UK’s footsteps, along with the rest.

Unlike the US, the UK does not have critical military interests in Asia. What it does have, however, is a great interest in the evolving multipolar world economy and a determination to be a central part of it.

To Prime Minister Cameron and his Chancellor, the AIIB move was a part of a long-standing effort to establish an edge over the UK’s US and European rivals in attracting Chinese investment.

Reportedly, deals worth over US$60 billion are to be signed during Xi’s visit, covering industries such as retail, energy, financial services and aerospace.

In turn, the UK’s Hinkley Point nuclear power station, which has major backing from China, will be the first nuclear plant in the UK for 20 years. Hinkley Point C in Somerset could reportedly generate up to 7% of the UK’s electricity needs, while creating thousands of jobs. Its construction costs are estimated at £24 billion and are associated with additional technology and cost risks.

Today, Chinese companies are the world’s largest builders of nuclear plants. In China, there are 24 nuclear reactors in operation with another 25 under construction.

Indeed, in the past 12 years, UK exports to China have soared fivefold, taking the mainland from 9th to 6th place among the largest markets for UK goods and services. Now Osborne’s objective is to make China the UK’s second-largest trading partner by 2025, after the U.S.

President Xi’s state visit to the UK heralded the issuance of sovereign debt in renminbi (RMB) in London and the rise of the UK as the first overseas RMB centre to open an RMB sovereign debt market.

Only a decade ago, China’s bond market was still small. Today, it is the third largest in the world, behind the US and Japan.

Starting from US$58 billion in 1997, it soared to US$5.3 trillion in the first quarter of 2015. Yet, foreign ownership of Chinese bonds remains minimal at around 2%.

Last autumn, the Shanghai-Hong Kong Stock Connect opened China’s markets to Western investors, via Hong Kong. However, it also led to the idea of a Shanghai-London Connect, which would replace Hong Kong with London in the West.

But Cameron and Osborne are aiming even higher.

Today, there are four major international reserve currencies: the US dollar, the euro, British pound and the Japanese yen. In early August, the IMF was asked to delay its RMB inclusion until September 2016. Even if China misses the cut in fall 2015, an interim review could grant the RMB a reserve currency status before 2020.

In the long-term, the endorsement by the IMF could unleash a reweighing of the global reserve portfolio, which today amounts to US$11.6 trillion.

Non-public, private investors would follow in the central banks’ footsteps. If, initially, the RMB amounted to 10% of the IMF reserve currency basket, along with Japanese yen and British pound, some 10% of the global reserves – over US$1.1 trillion – could flow into RMB assets.

In barely half a year, London has moved rapidly, while Brussels has been first consumed and then near-paralysed by geopolitical issues.

What the UK has achieved as a single EU economy – greater participation of China in infrastructure and finance – a proactive EU policy should have had the foresight to conceptualise and execute in Europe after the 2008-2009 global crisis and certainly in the aftermath of the 2010 EU sovereign debt crisis.

This commentary was released by EUobserver on Oct. 20, 2015

Dr. Dan Steinbock is the research director of international business at the India, China and America Institute (USA) and a visiting fellow at the Shanghai Institutes for International Studies (China) and EU Center (Singapore). For more, see http://www.differencegroup.net