With the launch of the China-Pakistan Economic Corridor (CPEC), one fundamental question to ask is if this ambitious project will transform Pakistan and boost China’s ambitious Belt and Road Initiative (BRI). In this article, the authors assess the potential and prospect of CPEC in terms of its various opportunities and constraints and examine the economic potentials and social impacts of CPEC from the Pakistani national perspective using a subnational and local lens as well as from the Chinese vantage point and draw the broad implications of this two-sided analysis of CPEC toward a preliminary policy oriented conclusion.

Perched 4,693 metres above sea level in the Karakoram Mountains on Pakistan’s northern border with the southwestern region of Xinjiang, China, Khunjerab Pass, with an international border gate, stands lonely against the stunning snowy mountains around. On the Chinese side, besides an isolated army border control station and few adventurous tourists, the Pass is accompanied by a few scattered yurts and rarely seen white mountain yaks. Yet this place in a remote corner of the world heralds larger looming significance for both China and Pakistan. Its location defines the Pass as the only existing crossroad point for the ambitious China-Pakistan Economic Corridor (CPEC) that both countries have committed to building. While there are relatively few freight lorries running along the highway (G314) leading from Kashgar, China’s westernmost city and closest city to the Pass, CPEC is touted as a difference-maker for boosting Pakistan’s economic development and China’s Belt and Road initiative (BRI). As Pakistan’s Prime Minister Shahid Khaqan Abbasi is quoted in the Long Term Plan (LTP) for China-Pakistan Economic Corridor (2017-2030), “Pakistan-China bilateral ties are time tested; our relationship has attained new heights after the China-Pakistan Economic Corridor that is a game changer for the region and beyond”.1

With over $50 billion up from the original $46 billion for infrastructure construction mostly financed by China, CPEC is the single largest capitalised project ever mounted in Pakistan. It comprises the (re)construction of Gwadar port on the Indian Ocean, roads, railways, power stations and other facilities that aim to create sea-land transport connections between Gwadar and Kashgar. This south-north corridor through the length of Pakistan (see Map 1) is capable of stimulating national and regional economic development at a scale and speed not seen before. From Kashgar as China’s terminus of CPEC, this overland corridor will create the shortest access to sea for the country’s northwestern region and thus generating new growth momentum for this vast but lagging region. If successfully implemented, CPEC can serve the crucial overland bridge for linking China’s Belt and Road (see Map 2). 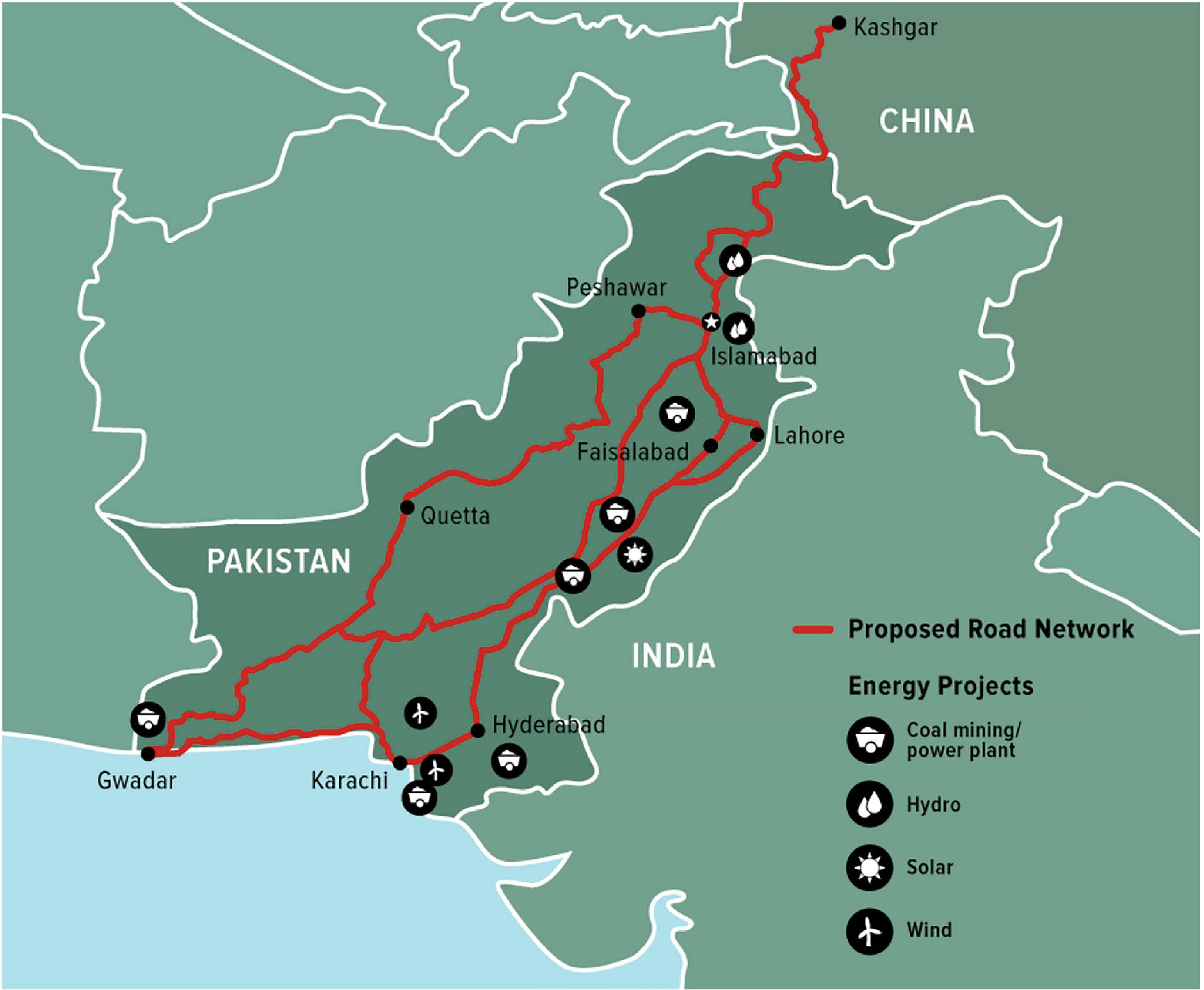 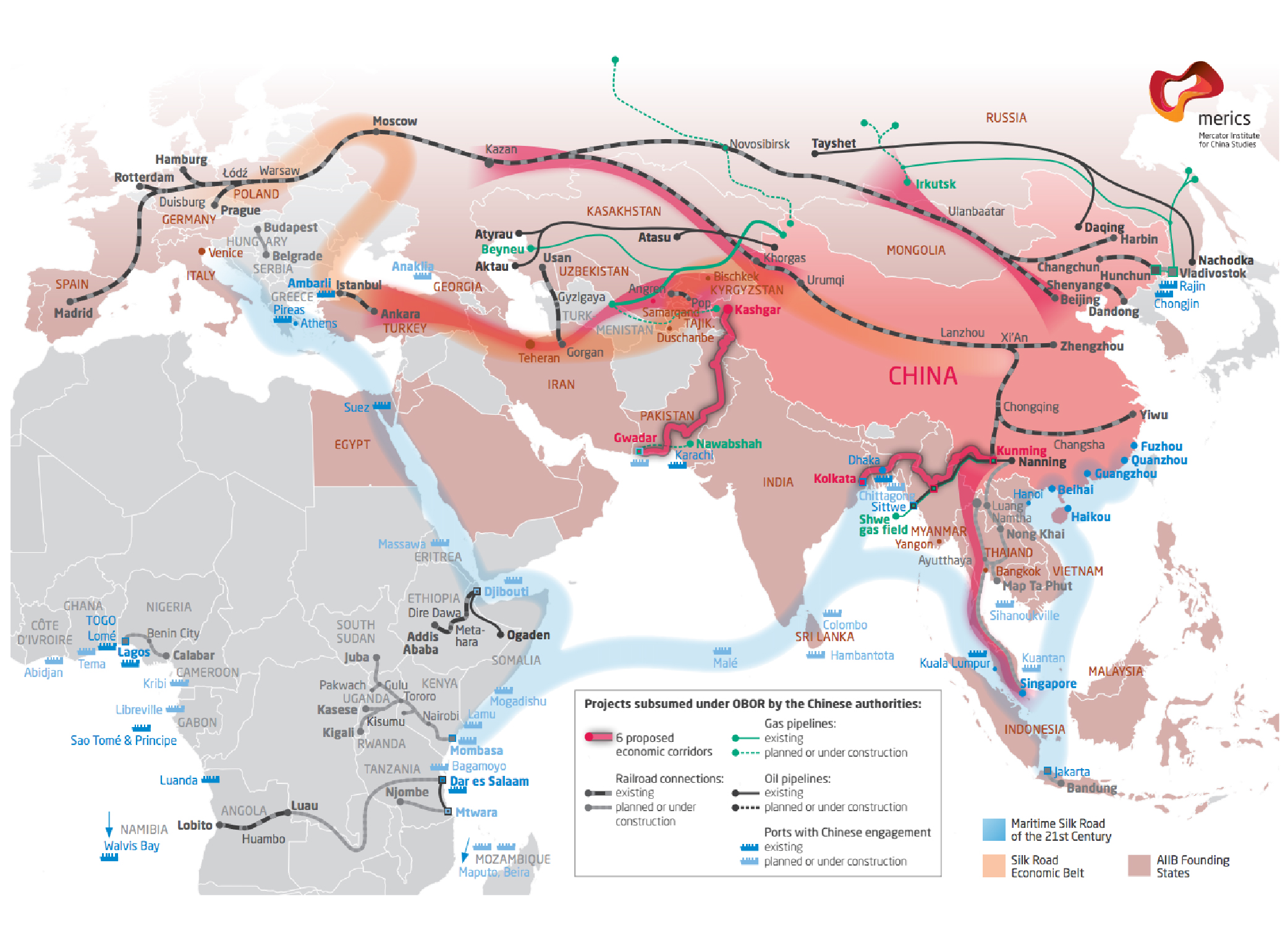 Despite its hype for both Pakistan and China, as well as its broader regional and global importance, CPEC is just beginning to attract more attention as an ambitious cross-border project and a salient issue for research, although the latter has not kept pace with the project’s on-the-ground development.

Xiangming Chen is Dean and Director of the Center for Urban and Global Studies and Paul Raether Distinguished Professor of Global Urban Studies and Sociology at Trinity College, Connecticut. He is also a distinguished guest professor at Fudan University and an adjunct professor in the Graduate School of Shanghai Academy of Social Sciences, Shanghai. His most recent book is Global Cities, Local Streets: Everyday Diversity from New York to Shanghai (with Sharon Zukin and Philip Kasinitz), published by Routledge in 2015 (Chinese edition, 2016; Korean edition, 2017).

S.K. Joseph is currently a senior at Trinity College, Connecticut, majoring in International Relations. He takes an interdisciplinary approach to economic and social development and its effects on the society.

Hamna Tariq is currently a sophomore at Trinity College, Connecticut, majoring in Urban Studies and International Studies. Her research focusses on the political, economic and social impacts of the China-Pakistan Economic Corridor on Pakistan.

4. Riaz Ahmed and Hong Mi, “China-Pakistan Economic Corridor and its social implication for Pakistan: How will CPEC boost Pakistan’s infrastructures and overcome the challenges?” Arts and Social Sciences Journal (April 2017),  2: accessed from https://www.omicsonline.org/open-access/chinapakistan-economic-corridor-and-its-social-implication-on-pakistan-how-will-cpec-boost-pakistans-infrastructures-and-overcome-t-2151-6200-1000265.php?aid=88335.

7. Silk Road Rebirth: Writing a New Chapter for the Silk Road (in Chinese), a report by Cushman & Wakefield Greater China, 2018.

10. “How will CPEC boost Pakistan’s economy,” Deloitte, 2017: accessed from https://www2.deloitte.com/content/dam/Deloitte/pk/Documents/risk/pak-china-eco-corridor-deloittepk-noexp.pdf.

18. From an interview in Gwadar by S.K. Joseph.

29. Vision and Actions on Jointly Building Silk Road Economic Belt and 21st-Century Maritime Silk Road, issued by the National Development and Reform Commission, Ministry of Foreign Affairs, and Ministry of Commerce of the People’s Republic of China, March 28, 2015: accessed from http://en.ndrc.gov.cn/newsrelease/201503/t20150330_669367.html.