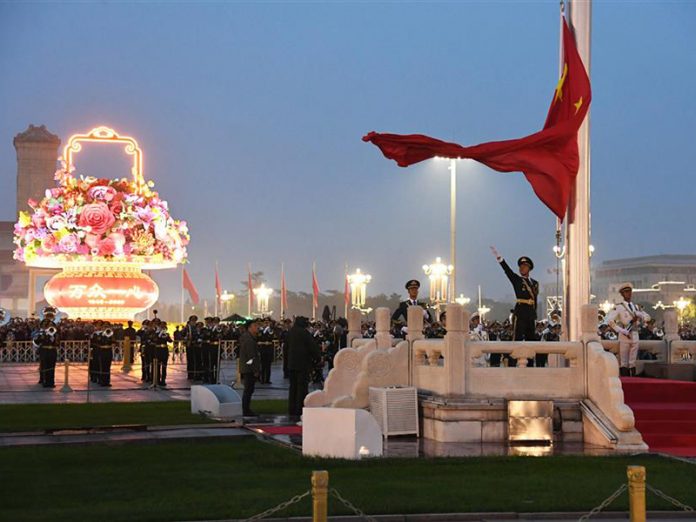 China has achieved the almost impossible – a free trade agreement with 14 countries the ten ASEAN, plus Japan, South Korea, Australia and New Zealand, altogether 15 countries, including China. The so-called Regional Comprehensive Economic Partnership, or RCEP, was in negotiations during eight years – and achieved to pull together a group of countries for free trade, i.e. some 2.2 billion people, commanding some 30% of the world’s GDP. This is a never before reached agreement in size, value and tenor. The RCEP was signed during the 37th ASEAN Summit on 11 November in Vietnam. 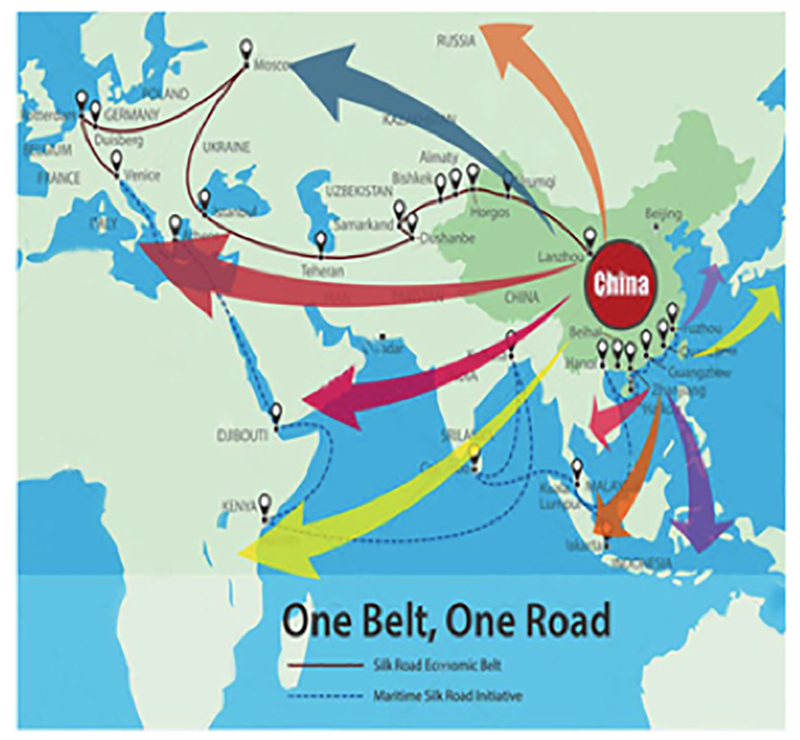 On top of being the largest such trade agreement in human history, it also associates with and binds to the Belt and Road Initiative (BRI), or One Belt, One Road (OBOR), or also called the New Silk Road, which in itself comprises already more than 130 countries and more than 30 international organizations. In addition, China and Russia have a longstanding strategic partnership, containing bilateral agreements that also enter into this new trade fold – plus the countries of the Central Asia Economic Union (CAEU), consisting mostly of former Soviet Republics, are also integrated into this eastern trade block.

The conglomerate of agreements and sub-agreements between Asian-Pacific countries that will cooperate with RCEP, is bound together by for the west a little-understood Asian Pact, called the Shanghai Cooperation Organization (SCO), founded on 15 June 2001 in Shanghai as an intergovernmental organization composed of China, Russia, Kazakhstan, Kyrgyzstan, Tajikistan, and Uzbekistan. The SCO’s purpose is to ensure security and maintain stability across the vast Eurasian region, join forces to counteract emerging challenges and threats, and enhance trade, as well as cultural and humanitarian cooperation.

Much of the funding for RCEP and BRI projects will be in the form of low-cost loans from China’s Asian Infrastructure and Investment Bank (AIIB) and other Chinese and participating countries’ national funding sources. In the hard times emerging from the covid crisis, many countries may need grant assistance to be able to recover as quickly as possible their huge socioeconomic losses created by the pandemic. In this sense, it is likely that the new Silk Road may enhance a special “Health Road” across the Asian Continent.

The real beauty of this RCEP agreement is that it pursues a steady course forward, despite all the adversities imposed by the west, foremost the US of A. In fact, the RCEP may, as “byproduct”, integrate the huge Continent of Eurasia that spans all the way from western Europe to what is called Asia and covering the Middle East as well as North Africa, of some 55 million square kilometers (km2). 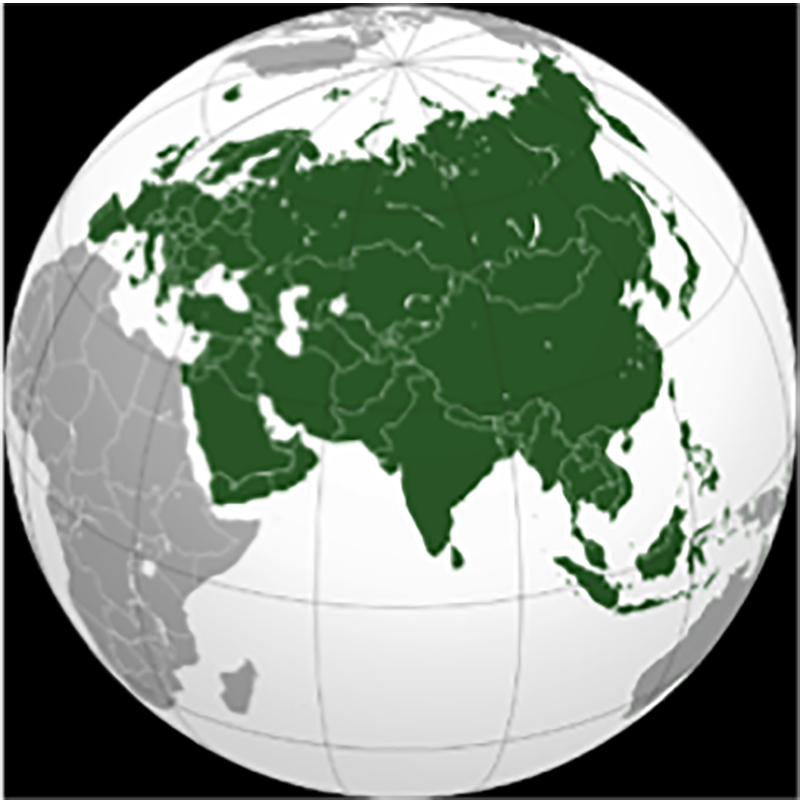 The crux of the RCEP agreement’s trade deals is that they will be carried out in local currencies and in yuan – no US dollars. The RCEP is a massive instrument for dedollarizing, primarily the Asia-Pacific Region, and gradually the rest of the world.

Much of the BRI infrastructure investments, or New Silk Road, may be funded by other currencies than the US dollar. China’s new digital Renminbi (RMB) or yuan soon being rolled out internationally as legal tender for international payments and transfers, will drastically reduce the use of the dollar. The new digital RMB will become attractive for many countries which are fed up with being subjected to US sanctions, because using the US-dollar, they automatically become vulnerable to being punished with dollar blockages, confiscations of resources, whenever their international “behavior” doesn’t conform with the mandates of Washington’s.

Even country reserves can be stolen, a crime perpetrated by Washington with impunity and with the help of the UK, in full sight of the world, stealing 1.2 billion dollars’ worth of Venezuelan gold deposited with the Bank of England. Only a cumbersome lengthy legal process in UK courts initiated by Venezuela could eventually free the funds to be returned to the jurisdiction of Caracas. This is a warning for many countries, who want to jump the fiat-dollar-ship and join an honest trading and reserve currency, offered by China’s solid and stable economy-backed RMB / yuan.

The new digital RMB will become attractive for many countries which are fed up with being subjected to US sanctions.

The dollar is already today in decline. When some 20-25 years ago about 90% of all worldwide held reserve-assets were denominated in US dollars, this proportion has shrunk by today to below 60% – and keeps declining. The emerging international RMB / yuan, together with a RCEP- and BRI-strengthened Chinese economy, may further contribute to a dedollarization, as well as dehegemonization of the United States in the world. Simultaneously and progressively the international digital RMB / yuan may also be replacing the US-dollar / euro reserves in countries’ coffers around the globe.

The US-dollar may eventually return to be just a local US-currency, as it should be. Under China’s philosophy, the unilateral word will transform into a multi-polar world. The RCEP and New Silk Road combination are rapidly pursuing this noble objective, a goal that will bring much more equilibrium into the world.

For the west adapting to this new reality may not be easy. Cooperation instead of competition has never been a western concept or philosophy. For hundreds if not thousands of years the western dominance has left a sad legacy of exploitation of the poor by the rich colonial masters and of bloody wars.

Cooperation instead of competition and warring for power, is a concept not easily adhered to by the west. It is clearly visible by US-instigated trade wars, and possibly a currency war between the US and China may already be in the making. The FED has vaguely expressed its plans to also launch a digital, possibly cryptic, blockchain-based currency to counter the new RMB / yuan – not yet even launched internationally. Details of the FED’s plans are at the time of this writing not clear.

Having to adapt to the new RCEP, conforming to an agreement among equals, will not come easy for the west. The west will not let go and may use to the utmost possible, its creation and western biased World Trade Organization (WTO), to sabotage as much as possible the RCEP’s trade deals and BRI-infrastructure, as well as cross-border industrial development advances.

The FED has vaguely expressed its plans to also launch a digital, possibly cryptic, blockchain-based currency to counter the new RMB / yuan – not yet even launched internationally.

The west, led by the US – and always backed by the Pentagon and NATO, may not shy from threatening countries participating in China’s projects, but to no avail. Under Tao philosophy, China will move forward with her partners, like steadily flowing water, constantly creating, avoiding obstacles, in pursuit of her noble goal – a world in Peace with a bright common future.

In conclusion, the RCEP is a Chinese Masterpiece with Chinese characteristics and is paving the way for further progressing towards a world community with a shared future for mankind. The underlying principle is a community of sovereign nations, living, working, building, inventing, creating and culturally enriching each other in peace.

Peter Koenig is an economist and geopolitical analyst. He is also a water resources and environmental specialist. He worked for over 30 years with the World Bank and the World Health Organization around the world in the fields of environment and water. He lectures at universities in the US, Europe and South America. He writes regularly for online journals such as Global Research; ICH; New Eastern Outlook (NEO) and more. He is the author of Implosion – An Economic Thriller about War, Environmental Destruction and Corporate Greed – fiction based on facts and on 30 years of World Bank experience around the globe.
Peter is also co-author of Cynthia McKinney’s book “When China Sneezes: From the Coronavirus Lockdown to the Global Politico-Economic Crisis” (Clarity Press – November 1, 2020)

Notice: Trying to get property of non-object in /home/allchina/public_html/wp-includes/comment-template.php on line 677

Notice: Trying to get property of non-object in /home/allchina/public_html/wp-includes/comment-template.php on line 28

Notice: Trying to get property of non-object in /home/allchina/public_html/wp-includes/comment-template.php on line 48
Leave a Reply to Anonymous Cancel reply