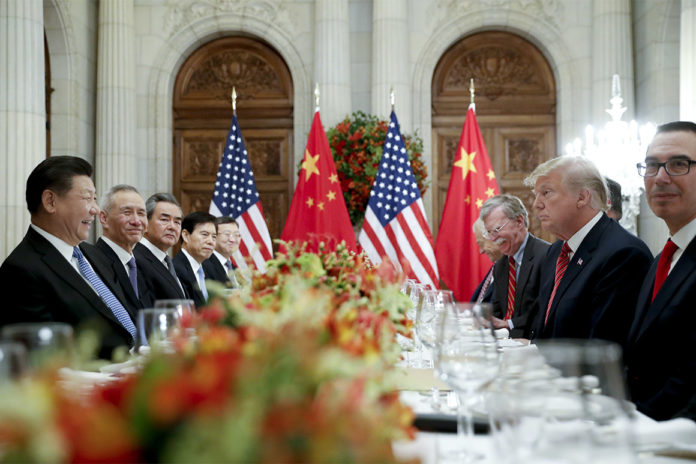 As many hoped, the highly anticipated Trump-Xi meeting in the Buenos Aires G20 Summit resulted in a truce. The devil is in the details.

The statement was completed only after hours of diplomatic bargaining over the night. As far as the European Union (EU) was concerned, the U.S. was the lone holdout on almost every issue in Buenos Aires, particularly in climate change.

Following the summit’s close, Presidents Trump and Xi and their top aides met in a highly-anticipated dinner, which lasted longer than expected. Either there was magic dust in their grilled sirloin steaks paired with a malbec from the Argentine winery Catena Zapata. Or perhaps, just perhaps, reason finally prevailed.

According to early reports, U.S. and China agreed to put on hold new tariff increases. Following Buenos Aires, the White House said that, after a “highly successful meeting”, Trump had agreed to leave tariffs on U.S. products at a 10% rate after January 1, while China agreed to buy a substantial amount of products from the U.S.

The White House also said that China has agreed to start purchasing substantial U.S. agricultural, energy, industrial and other products from the U.S. to reduce the trade imbalance; and that the US and China agreed to try to reach an agreement on several trade issues “within the next 90 days.”

The first impression is that the Trump-Xi Summit may have achieved a critical truce, de-escalation of tensions, and possibly a path toward a long-term compromise.

The timeout came at the 11th hour.

Dan Steinbock is the founder of Difference Group and has served as research director of international business at the India, China and America Institute (US) and a visiting fellow at the Shanghai Institute for International Studies (China) and the EU Center (Singapore). For more, see http://www.differencegroup.net/

Based on Dr. Steinbock’s briefing on the Trump-Xi meeting and its impact on global growth prospects on December 2, 2018.