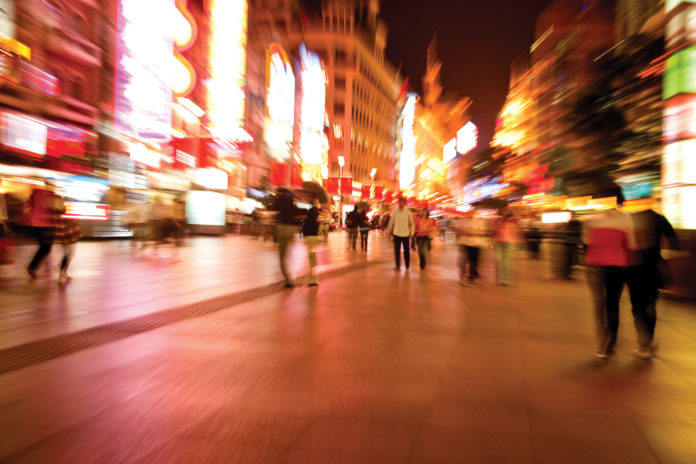 By most accounts, China is one of the most entrepreneurial countries on earth. According to the widely cited Global Entrepreneurship Monitor (GEM), published by Babson College, on a range of dimensions, such as fear of failures and entrepreneurial intentions, China ranks quite favorably among the group of nations surveyed by the GEM. China is not yet an innovative economy, in the opinion of GEM researchers, but it is an efficiency-driven economy that is a cut above factor-driven economies that are a norm among developing countries.

That said, there are two puzzling issues. One is that most of the analysts—outside of China and even inside the country—do not associate China’s economic success with entrepreneurship. Most commentators credit the government, foreign direct investment and massive infrastructural construction as the reasons why the Chinese economy has surged forward. Private sector development, if it is mentioned at all, is often viewed as an afterthought—something that happened as a result of Chinese economic success rather than the cause of it. The other puzzle is why Chinese entrepreneurship should be so vibrant in the first place. Is it not the case that this is still, at least nominally, a communist country? Is it not also true that the rule of law, market competition, and its business environment are not viewed as “friendly” to private entrepreneurs and businesses? If, as the thinking goes, communism can go hand-in-hand with vibrant entrepreneurship, why do we need capitalistic institutions—with all of their historical baggage, operational arcanery, and legal complications—at all?

Trying to resolve these two puzzles is not just an academic exercise; it has real policy implications. In the past two years, as the leading Western economies are mired in financial distress, slow growth and high unemployment, developing economies are looking longingly for guidance at the Chinese model of development—with its emphasis on state-driven investments, political controls and the state-owned financial system. They are deeply skeptical of the “Washington Consensus,” a set of ideas that champions market economics, financial liberalization and political reforms. Beijing Consensus, its polar opposite and intellectual rival, is on the rise. Washington Post columnist David Ignatius, invoking Richard Nixon’s famous backhand tribute to John Maynard Keynes, declared “We are all Chinese now.”

For China itself, the policy implications of getting these two questions right are also monumental. By 2013 China will herald another group of leaders, the fourth generation of leaders since 1978 when economic reforms began. At the top of the policy agenda will be the question of whether China will begin to embark on political reforms. Many within the system oppose political reforms to protect their vested interests but there are others who argue that economic growth is the priority. Political reforms, they argue, are superfluous at best and at worst harmful to economic growth. After all, the evidence is seemingly on their side. China can foster vibrant entrepreneurship while sticking to a one-party political model. To many in the Chinese system, this is the best deal they can strike.

The vast majority of Chinese entrepreneurs are of the catch-up kind. Their main economic contribution is job creation, rather than making breakthroughs in science and technology.

This is where rural China fits in. It is not an exaggeration to say that the modern history of entrepreneurship in China has been written by its rural people. They single-handedly created the miracle growth of the 1980s and early 1990s at a time when ideological risks of venturing into a commerce and market economy were still substantial. As recently as the mid-1990s, rural entrepreneurs represented between 30 to 50 percent of China’s private sector. One little-noted fact about the Chinese economy is that some of its most competitive manufacturing operations are not located in the highly urbanized regions of the country; rather than they are found in some of the historically more rural provinces, such as Zhejiang, Hunan, Sichuan and Anhui. Some of the best manufacturing firms in China, such as Wanxiang, an automobile supplier and Geely, the firm that just acquired Volvo, were all started by rural entrepreneurs.

The significance of rural entrepreneurship has not diminished. In fact, it is more important than ever. As Western economies continue to struggle, with low growth rates and high unemployment, one of the key policy challenges in China is how to generate domestic consumption to replace its unhealthy dependency on exports. Rural China holds the key. Today, between 55 to 65 percent of the Chinese population is still rural. Unless their income growth accelerates, China does not stand a good chance of turning around its investment-driven economic structure. As the experience from other developing countries shows, the key to get the growth of rural income going is not to artificially jack up agricultural prices but to facilitate a transition from the low value-added agriculture to higher value-added non-farm activities. Rural entrepreneurship is the key to this transition.

This is, however, easier said than done. The discussion here then gets to the second puzzle that I posed at the beginning of this essay, does China need capitalistic institutions to jump-start entrepreneurship? On the surface, the answer is clearly no. China is not a democracy and it is not governed by the rule of law as conventionally defined. Its political and rule-making institutions are opaque and are not constrained by an independent judiciary and a free media. Yet China has a deep entrepreneurial base in its arsenal. Isn’t this proof enough of the magic power of the Beijing Consensus?

Actually no. Compared with economics, China has never significantly liberalized its political system. This is true. But what is also true is that China has undertaken significant political reforms that have gone hand-in-hand with entrepreneurial development. Many of these political reforms were implemented very early in the reform process and it was those political reforms that provided the political maneuvering and breathing space for China’s budding entrepreneurs. Two scholars, Minxin Pei and Wu Min, detailed many of these political reforms. They include the mandatory retirement of government officials, the strengthening of the National People’s Congress (NPC, China’s national legislature), legal reforms, experiments in rural self-government, and loosening control of civil society groups. Some of these reforms were implemented in the early 1980s. The decade of the 1980s also ushered in other meaningful reforms. According to Professor Wu, there were significant efforts to redefine and reduce the functions of the Chinese Communist Party (CCP). The Party committees were abolished in many government agencies and the functions of the Party and the state were explicitly delineated. Economic and political liberalism, in fact, marched at the same pace.

Still China is far from a democracy. In some ways, politically speaking, China is more tightly controlled and centralized today than it was in the 1980s. The question is whether or not entrepreneurship can continue to thrive under the current political arrangements.

The problem is whether China can successfully foster a different type of entrepreneurship, the type I will label as “frontier” entrepreneurship. Frontier entrepreneurship is not replicative but innovative and inventive. It is less about creating jobs than about creating breakthroughs in science and technology. Frontier entrepreneurs ask a lot from a political system. They need strong intellectual property rights protection; they need a court system that is impartial and fair; they need a multi-tiered financing structure (early stage venture capital to late stage public market financing); they constantly need fertile ideas from multiple sources; they need the freedom of expression to state their views and make their cases. In brief they need a well-functioning democracy.

There is where China has not done well. While catch-up entrepreneurship has thrived in China, innovative entrepreneurship has not. While China has poured massive resources into science and technology, there is evidence that Chinese innovations are hampered by a multitude of problems such as intellectual piracy, outright frauds, and low quality of the knowledge economy being generated.

Probably, the most convincing piece of evidence comes from the voices of China’s own technology entrepreneurs. One of them, Charles Zhang, the founder and CEO of China’s second largest internet portal, Sohu.com, has made that sentiment public. In a widely-discussed speech, Mr. Zhang made a passionate case for what he called “fair competition.” He stated:

“Quality and excellence come from full competition. Innovation comes from fair competition. And the incomplete market economy is interrupting the competition every minute…Without reform there is no way out! Without full and fair market competition, there will be no quality, no excellence, no employment opportunities, no stability, and no real rise of China.

[T]he fundamental point is to limit the power of the government and to thoroughly pursue fairness. Only by realizing maximum fairness, can those talented individuals and organizations emerge, and the society can be filled with energy and creativity. Otherwise what we have developed will not be a full market economy, but the power-elite capitalism. The government should drop those actions which take profits from the society, but spend its main energy to protect fair competition.”

This is the first time, in my memory, that a prominent entrepreneur has come out so openly demanding political reforms. It is a sign of things to come as China is now transitioning from a catch-up phase to a frontier phase of economic development. The past successes, as enormous as they have been, are no guarantee for China’s future success as a power in what it has always aspired and coveted—science and technology. To achieve that success, the Chinese state has to cede some of its power. Then and only will China have its own Bill Gates and Steve Jobs to celebrate.

Yasheng Huang is a professor of international management and holds an international program professorship in Chinese economy and business at MIT’s Sloan School of Management. He is the author of several books, including Capitalism With Chinese Characteristics (2008). He is also a founder of China Lab and India Lab at MIT.