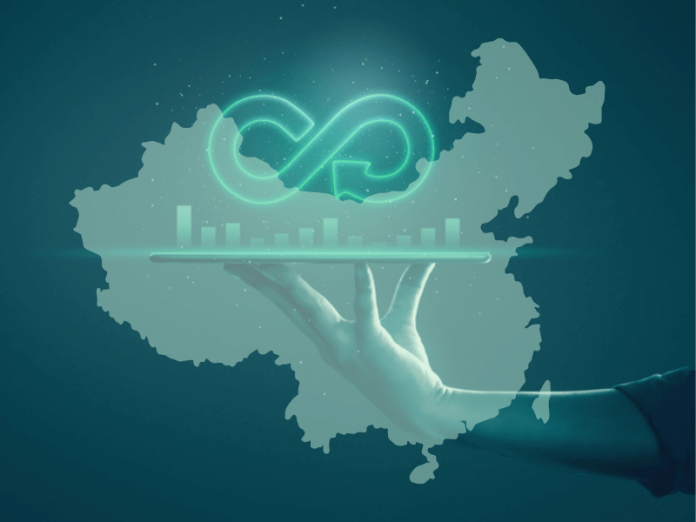 The world produces a huge amount of waste. In the United States alone, 13 tons of waste gets produced every single second. That amounts to at least 400 million tons of waste per year. Certain regions, like sub-Saharan Africa, will see the amount of their waste triple by 2050. But the absolute biggest producer of waste globally is China. As of 2019, it is the world’s largest trash generator, producing upwards of 15.6% of all the world’s waste. Most of the refuse ends up in landfills. However, a lot of it flows into the ocean, further contributing to global pollution. The country itself has promised to provide more incinerators, but that’s not enough.

To deal with this issue, the country needed to employ the circular economy that other countries worldwide are slowly implementing. But what exactly is this type of economy and, more importantly, can it help China handle its huge waste problem?

As its name suggests, a circular economy is a type of cyclical resource management that tries to reduce the amount of waste. Most economies function using a simple, yet wasteful system that goes something like this:

Obviously, this straightforward system doesn’t take into account the materials you get rid of during production or after consumption. If anything, it further contributes to the growing waste problem that the world faces.

A circular economy, on the other hand, works a lot more efficiently. For example, you can reuse, repair, or refurbish a product instead of sending it to the landfill. In other words, companies can focus on manufacturing items that are easy to put together, take apart, and that contain recyclable parts. Moreover, you can use the waste at the landfill as raw goods for producing additional products. Not only will it save the effort of extracting raw goods from nature, but it will save millions of dollars in the process.

As it was laid out at the Ellen MacArthur Foundation’s 2018 Summit, the current Chinese economy strategy contains four main components. They are as follows:

Before adopting this type of economy, Chinese factories produced in a linear way. Circular production will see the manufacturers embedding the reduce-reuse-recycle method at the very core of the production process, right at the start. In other words, the raw materials that do not end up in the production of an item will get reused or recycled on the spot.

The next step is to apply this system to industry, agriculture, and services. That way, each sector will reduce the amount of waste they normally produce. This step will be combined with the growth and expansion of current recycling trends. China can stand to gain a lot from reusing its millions of tons of waste.

The last step focuses on educating the public about the benefits of going green. It can include programs that teach everyone about the financial and health benefits of reducing waste on a micro level and how it can positively affect the country’s economy.

All of these components are already in use throughout the country, and the early results are positive. And considering that China is an economy based on long-term planning, it won’t be long before it turns from the world’s biggest consumer to the world’s biggest advocate of clean economic practices.

Waste management is not efficient in South-Southeast Asia. One terrifying example of that is the Jiangcungou landfill near the city of Xi’an in Shaanxi Province. Roughly as big as 100 football fields, this landfill was meant to reach its capacity in 2044. However, by 2019, it was already full.

The vast majority of Chinese trash ends up in landfills or incinerators. Either of these two options can cause massive pollution of both the soil and the air. And that doesn’t even take into account China’s plastic waste that ends up in the ocean. Luckily, China is working hard on implementing new strategies that can help improve the circular economy in the long run.

User Demand and Reliance on Convenience

With the world population growing, the user demand for new products will skyrocket. That demand also includes easy, affordable shipping and cheap, one-off packaging. In 2016, the world was using plastic 20 times more than it did in the 1960s. That number will more than likely double, if not triple by 2050. And considering just how much the middle class is growing in China, the demand for cheap plastic packaging will continue expanding.

Today, plastic waste goes through a process of shredding and reprocessing so that we can get low-value applications like polyester carpet fiber. Unfortunately, that process is not good enough. Only 2% of all plastic waste actually gets recycled into products that have the same or similar quality to non-recycled plasticTto reduce the amount of waste, China will need better recycling technology, one where they can better sort the plastic and clean it from additives more easily.

Of course, “recycling technology” is a broad term, and sometimes it can refer to actual devices and apps that help Chinese citizens recycle. For example, the Chinese startup XiaoHuangGou lets users separate their waste in individual smart bins. The system then rebates the user via WeChat, providing them with the amount of money based on several factors, like the weight of the trash and the current recyclable market rate. Furthermore, the food app Ele.me opened up RELAB, a sustainability lab in Shanghai in 2018, focusing on sustainability. All of these initiatives are in their early stages, but if trends continue, they can help manage China’s ever-growing food delivery industry and the waste it creates.

China has massive issues when it comes to handling waste. And, as is the case with many other countries, there are no easy solutions. However, as data has shown, the circular economy will benefit China in its fight for a clean, green future. And if the model proves to be a success, other countries in the region like Malaysia and Vietnam can also apply it. Furthermore, proper economic practices will be a benefit to China, providing it with potentially billions of yuan every year.